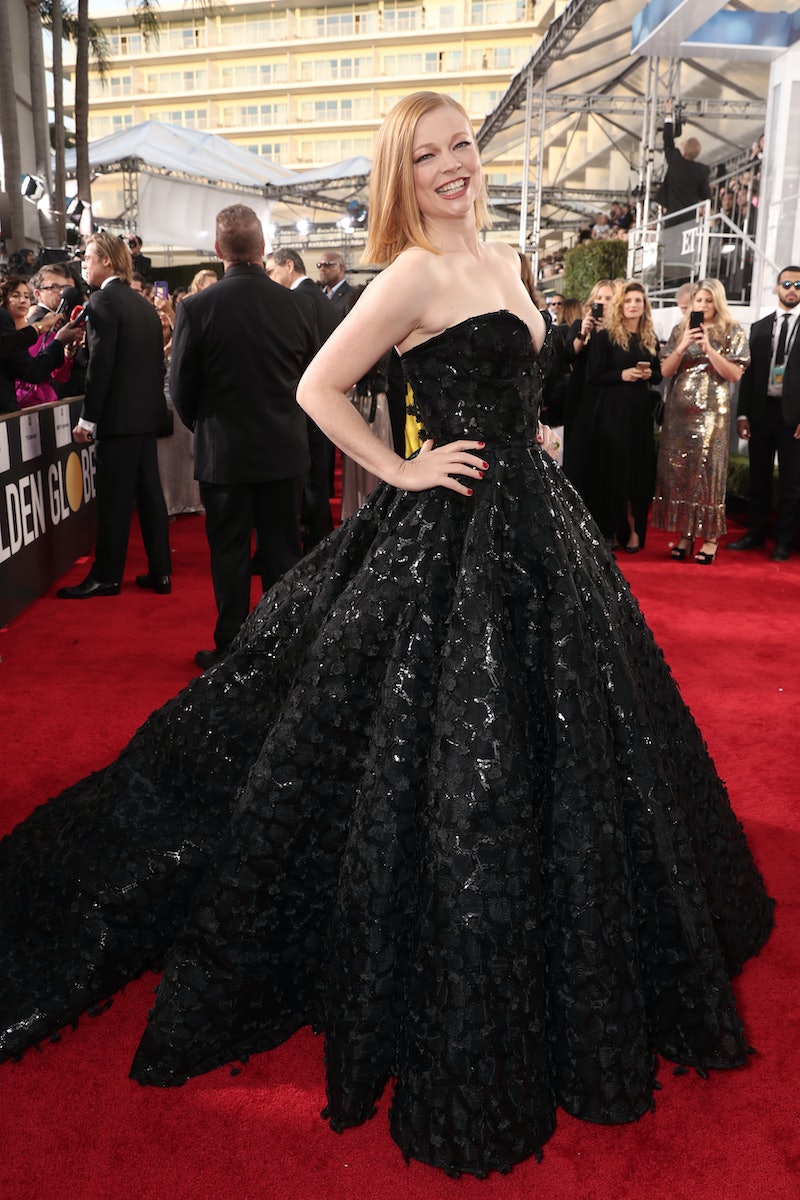 If there's one thing you need to know about Sarah Snook's Succession character Siobhan “Shiv” Roy, it's that she generally dresses pretty conservatively (see: her penchant for turtlenecks). Which is precisely why, in the best recent example of surprise and delight I can think of, Snook wowed everybody at the Golden Globes on Sunday night when she stepped onstage wearing a sparkly, strapless A-line ballgown by Christian Siriano as the show accepted the award for best TV drama.

For the show's second season, Shiv, who has managed to leapfrog ahead of her brothers as the favorite to take over their father's media conglomerate Waystar Royco, undergoes somewhat of a style and beauty makeover, albeit one in line with the newly-corporate image she must reflect — think high-waisted pants, double-breasted blazers, tailored suiting, a neutral color palette, and, most dramatically, a sleek lob haircut.

The shift — including the aforementioned fixation on turtlenecks — inspired several features on Shiv's evolving style, making Snook's stunning turn on the Golden Globes stage all the more delightful.

Succession is nominated for four awards tonight, including Best Performance By An Actor In A Television Series — Drama, which Brian Cox took home earlier this evening.

Editor’s Note: This article was updated to include the designer of Snook's dress.

More like this
This 'One Tree Hill' Wardrobe Error Is Going Viral On TikTok
By Brad Witter
15 Of Carrie Bradshaw’s Best Handbags From Sex & The City
By Dominique Norman
'Love Island's Will Got A Farm Animal Manicure & It's *Adorable*
By Sam Ramsden
30 Of Kendall Jenner’s Best Runway Looks To Date
By Dominique Norman
Get Even More From Bustle — Sign Up For The Newsletter
From hair trends to relationship advice, our daily newsletter has everything you need to sound like a person who’s on TikTok, even if you aren’t.