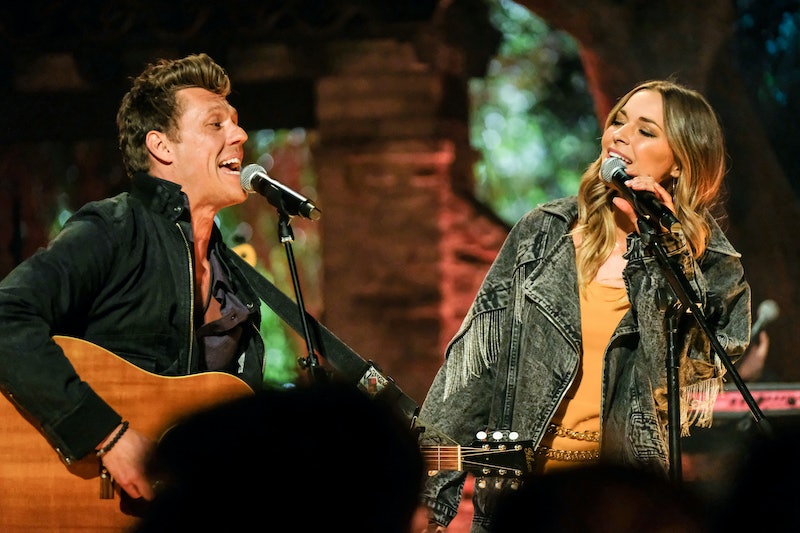 It took a few weeks, but it seems a villain has finally emerged in the Bachelor spinoff series Listen To Your Heart. During Monday night's episode, Julia spent the better part of her time trying to sabotage Savannah and Brandon's relationship through a series of insults and back-handed remarks. And while Brandon shares part of the blame for leading both women on, Savannah called out Julia's behavior on Listen To Your Heart during a recent interview, where she broke down her feelings toward her fellow contestant and why she herself tried to stay above the drama.

"I was shocked by what Julia was telling me to my face about her strong feelings for Sheridan and her strong disliking for Brandon, and then yet we see all of this unfolding and then her trying to throw me under the bus and then her, in a way, betraying Sheridan," Savannah explained to Entertainment Tonight, referencing how Julia sat her down and accused her of being "disingenuous" about her feelings for Brandon and showing way too much PDA.

Savannah responded by reminding Julia that her relationship shouldn't be impacting her in any way since it's none of her business. However, Julia insisted on continually voicing her opinion about the two of them while claiming not to have any lingering feelings toward Brandon. Because, yeah, jealousy is definitely not playing a role here at all.

She also said she feels badly for Sheridan, whom she thought was too "blinded by love" to see Julia's true feelings for him — or rather lack thereof. "He fell for her and he saw that it was true emotion. You can see it all over his face, that guy wears his heart on his sleeve, and he just adores her," Savannah added. "So it's hard to know that she was putting on this front."

But Savannah is also well aware that Brandon is not without fault either and should have been more honest with her about what was going on in his heart, stating "I think Brandon could have done a better job considering me, and I think Julia could have done a better job staying in her lane." Suffice it to say, Savannah is already proving to the true winner of this season, with or without a musical partner.