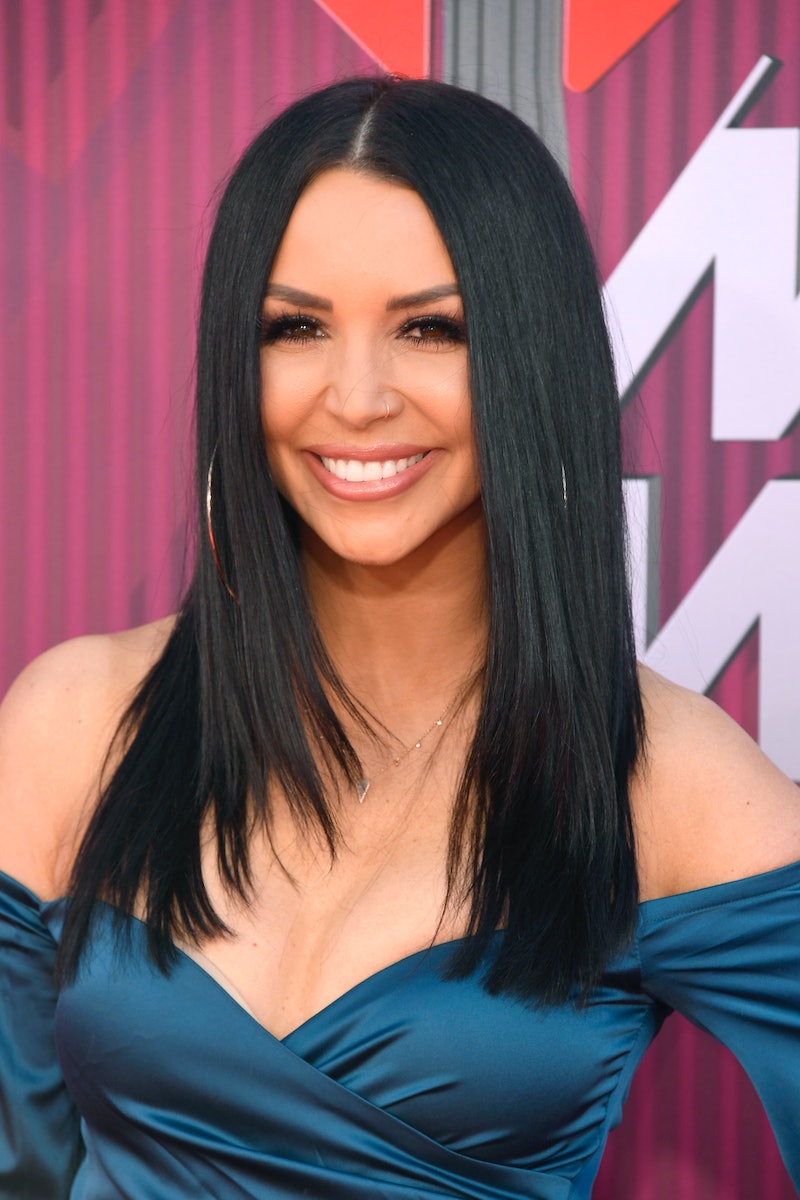 Is the already-huge Vanderpump Rules cast expanding to include Jordyn Woods? That's the word on the street, i.e. in the Twitter timeline. However, Scheana Marie addressed rumors that Woods applied to work at SUR in a March 18 interview with People. As interesting as it could have been to see the (former?) Kardashian-Jenner insider interacting with the Pump Rules cast members, it's not happening.

Initially, Scheana told People, "No" when she was asked if Woods turned in a job application. However, Woods was at the restaurant recently. Scheana confirmed, "But she really did go into SUR like a day or two after all of this … broke."

By "all of this," Scheana was referring to the accusation that Tristan Thompson cheated on Khloé Kardashian with Woods. (Bustle previously reached out to reps for Khloé, Thompson, and Woods about the situation, but did not hear back.) During a March 1 Red Table Talk interview, Woods denied being "intimate" with the baskeball player. The interview prompted Khloé to lash out on Twitter that same day, but the reality star hasn't given any formal statements on the situation. Most likely, fans will have to tune into Keeping Up With the Kardashians for the scoop on the drama. Or at the very least, it won't be part of Vanderpump Rules.

So, how did these SUR rumors get started anyway? Of course, everything Kardashian-adjacent makes news, which means Woods was the talk of social media for a few days and Scheana's costar James Kennedy couldn't help getting in on the conversation. James was actually the one who inadvertently kicked off the SUR application gossip when he tweeted about Woods turning in a résumé at the restaurant on Feb. 21.

People pointed out that Scheana joined the social media conversation as well by retweeting a tweet about Woods applying for a job, featuring a GIF of herself on Vanderpump Rules.

However, Scheana later said much more on the subject by clarifying what actually happened with Woods' SUR visit during her recent People interview. The SURver explained,

"[Woods] had an appearance like around the corner and went into SUR at first, so she’s like standing at the bar and looks like she’s waiting for an interview."

Then, Scheana emphasized, "But she did not turn in a résumé." As interesting as that could have been, Scheana made it very clear that she is just not on board with the idea of Woods working at SUR or joining the Pump Rules cast.

Scheana even claimed that cast members do not "have an ounce of respect for her." Ouch, but she and James aren't the only people in the cast who chimed in on the Woods and Thompson drama when the story initially circulated. Stassi Schroeder even used a GIF of herself to depict her reaction to the scandal in a Feb. 19 tweet.

This prompted Ariana Madix to responded with not one, but two, Vanderpump Rules GIFs as her own reaction:

Sure, it could have been super interesting to have Woods in the Bravo mix, but she's not trying to be on Vanderpump Rules, and Vanderpump Rules is apparently not looking to add her to the cast. Maybe she just stopped by SUR to try some of their famous goat cheese balls.