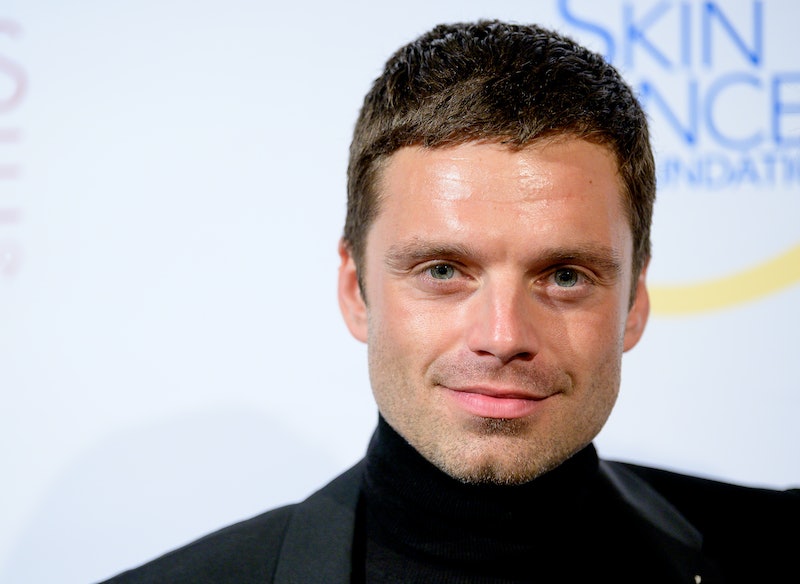 With the just weeks to go before wrapping Marvel's The Falcon and the Winter Soldier Disney+ series, production shut down in the wake of the coronavirus pandemic. Although a completion date remains in limbo, Sebastian Stan teased what vibe The Falcon and the Winter Soldier will have to hold fans over while they away further news. "In a lot of ways, it felt like a movie," the actor who plays Bucky Barnes revealed in recent interview with The Hollywood Reporter. "What I loved about it was that, tonally, it was very much in the same world that Captain America: The Winter Soldier was, which was one of my favorite experiences that I've ever had, period."

Emphasizing that they "still have some stuff to do," Stan explained that shooting the series more like a movie than a TV show allowed producers to maintain a feel that will be recognizable to MCU fans, while also "getting so much more mileage" to delve deeper into the characters' stories. Of course there will be plenty of massive, massive action scenes mixed with deep focus on character

"We can put them in situations that we've never been able to put them in before because you now have six hours as opposed to two," he added. "That's what’s really exciting about this."

Originally slated to premiere this fall, the Disney+ series, picks up where 2019's Avengers: Endgame left off with Falcon, aka Sam Wilson (played by Anthony Mackie), inheriting Cap's iconic shield from Steve Rogers (Chris Evans). According to Stan, viewers will have to wait until they see The Falcon and the Winter Soldier, to get insight into why Bucky's best friend chose Sam over him and how that decision plays out. The actor has his own interpretation of Steve and Bucky's last moments in Endgame, however.

"Steve is saying to Bucky, 'You're going to go and do that, too. I'm not going to put this thing on you. We're both going to live our lives — the lives that were actually taken from us back in the '40s when we enlisted,'" Stan added to THR. "So, that's where I felt they were at the end of the movie. I don't think there's a desire or any conflicted thoughts about taking on that mantle. Sam, to me, was always the clear man to take on that mantle for numerous reasons, which also comes with so much more baggage that’s going to be explored in the show."

More like this
Netflix Shut Down 'Bridgerton' S3 Rumours About A “Very Dark” Storyline
By Bustle
'Happy Valley' Recreated This Moment From S1 In Its Penultimate Episode
By Sophie McEvoy
'GoT' Star Emilia Clarke Says She "Just Can't" Watch 'House Of The Dragon'
By Brad Witter
This Dark 'Happy Valley' Theory Is Staring You Right In The Face
By Sophie McEvoy
Get Even More From Bustle — Sign Up For The Newsletter
From hair trends to relationship advice, our daily newsletter has everything you need to sound like a person who’s on TikTok, even if you aren’t.