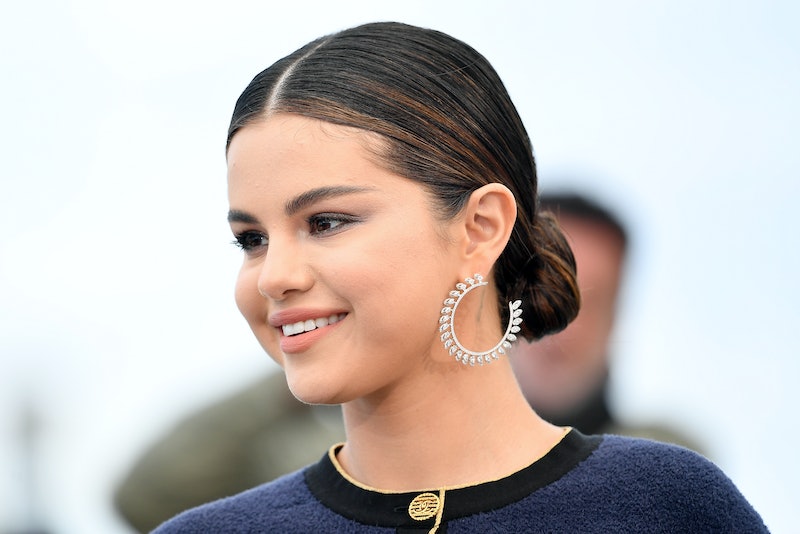 Selena Gomez's new song "Lose You To Love Me" brought a lot of attention to her love life, since fans are convinced the lyrics allude to her relationship with Justin Bieber, but her reunion with a different ex caused a commotion earlier this week. On Wednesday, however, Gomez confirmed she's still single via a statement on her Instagram Story.

On Tuesday, the U.K.'s Daily Mail published several photos of Gomez grabbing dinner at La Esquina in New York City with fashion executive Samuel Krost. Back in November 2015, Gomez and Krost were thought to be dating after being photographed holding hands while out with friends. They continued to hang out for several months, but had seemingly split by early 2016. Krost appeared to confirm their past romance that August in an Instagram post (which has since been deleted), writing, "Although we have ventured on separate paths, at least I know that love exists. I love you, Sel."

It's been a few years since Gomez and Krost were spotted together, but their recent reunion in NYC was purely platonic — the singer said so herself. Not long after the Daily Mail published those photos, Gomez clarified her relationship status. "I am not dating anyone," she wrote on her Instagram Story. "I’ve been single for two years. I’m on Gods timing not mine."

Now, this definitely isn't the first time Gomez has had to set the record straight about her dating life lately. During an interview on the Zach Sang Show last week, she referred to herself as "super, super single." She then went on to explain that she's not in a rush to be in a relationship again. "I’ve been having way too much fun being on my own," the singer admitted. "It sucked for the first year. I was like, I just want to cuddle. I just want to watch something and be adored. But now it feels good, it feels awesome."

Gomez also confessed that she's learned a lot about herself through dating in the past, and when her next relationship does come along, she's going to "do so many things differently." "I love having the emotions I have, falling super deep and being passionate," she told the host. "It’s just about containing it and channeling it in the right areas."

More like this
Justin & Hailey Bieber’s Relationship Is “Unbreakable” After Their Two Health Scares
By Bustle Editors
Twitter Is Freaking Out Over Rihanna’s 2023 Super Bowl Halftime Show Announcement
By Stephanie Topacio Long
Everything To Know About Taylor Swift’s 10th Studio Album, 'Midnights'
By Grace Wehniainen and Jake Viswanath
What Demi Lovato Really Thinks About Child Stardom, Depression, & Sobriety
By Radhika Menon
Get Even More From Bustle — Sign Up For The Newsletter