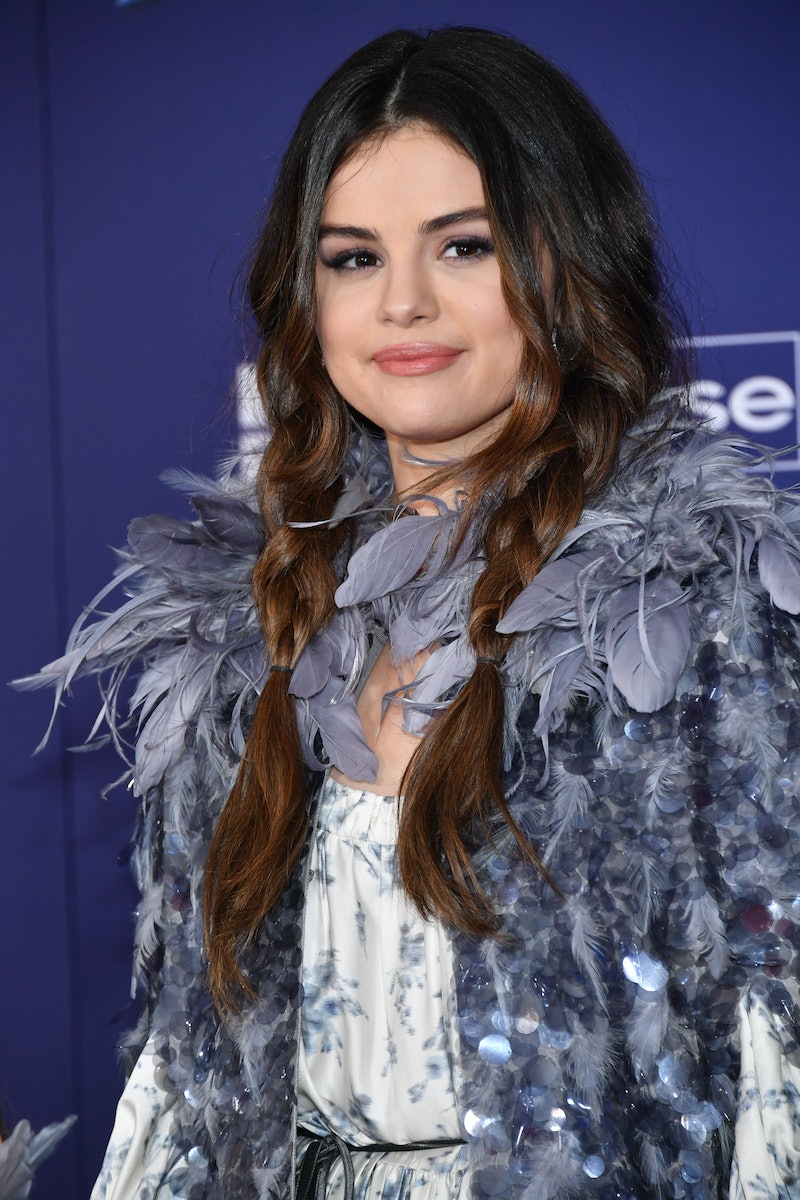 Watch out 2020, because pop queen Selena Gomez's new album is coming to get the year off to a fierce start. The "Look At Her Now" singer announced SG2, her third studio album, will be released on Jan. 10 and include 13 tracks. Of course, fans have already heard two songs that will be included on the album — "Lose You to Love Me" and "Look at Her Now," but the rest will remain a mystery until the full album drops. In the meantime, you can pre-order SG2 via Apple Music.

While Gomez is currently calling her album SG2 (or Selena Gomez 2), she has confirmed that's not the actual title. In an Instagram post on Thursday, the artist wrote, "This album is my diary from the past few years and I can’t wait for you to hear it. Title, art and track list coming soon." While you wait for more news about the untitled album, you can check the official trailer for SG2 below.

For now, the singer is focused on emphasizing how deeply personal the songs that make up SG2 will be. The first two tracks have already received praise for their intimacy, and won Gomez accolades. On Nov. 4, "Lose You to Love Me" earned the singer her first No. 1 hit on Billboard's Top 100 chart. Gomez shared her excitement on Instagram, writing: "My first number 1!! This song is so dear to my heart. I’ve been working so hard to make this album as honest and fun as possible while remaining vulnerable enough to share where I am in life. I love you deeply and thank you so much for listening."

In a recent interview with On-Air With Ryan Seacrest, Gomez discussed the rumors that her first two songs were written in response to her 2018 break-up with Justin Bieber. And while she confirmed she did write the "Lose You to Love Me" after their split, she's in a completely different place emotionally now. "I wrote this song over a year ago, 'Lose You to Love Me,'" she told Seacrest. "And it’s like, I feel completely different from when I wrote it, so it's such an interesting feeling...it's also more beautiful for me because I know exactly where I was when I wrote it and how I felt."

More than anything, Gomez wants her album to be a new beginning for her as an artist, and a way to show how much she's grown since her split from Bieber. She explained, "In a way, it's not something negative, it's actually something positive that I was able to experience that, as beautiful and ugly as it was. I think it's beautiful that I've been able to turn this into a new chapter."