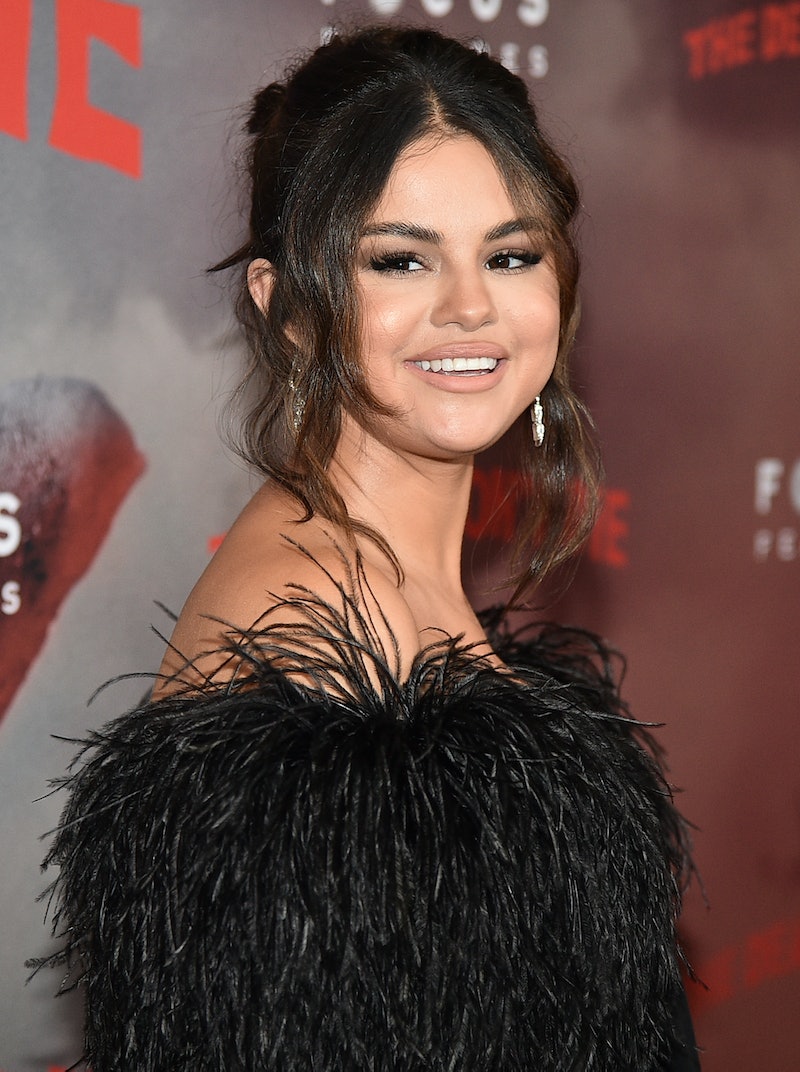 Look at her now and watch her go straight to the top of the charts, because Selena Gomez earned her first No. 1 on the Billboard Hot 100 this week. The pop superstar posted about the achievement on Instagram on Monday, writing, “I want to thank each and every person that was apart [sic] of this moment that I’ll never forget!”

After teasing the song's arrival on Instagram for a few weeks, Gomez released “Lose You to Love Me” and its pared-down and emotional music video on Oct. 23. The following day, she released another single called “Look At Her Now,” which also arrived with a brand new music video. "Lose You to Love Me" and "Look At Her Now" are expected to be included on her highly anticipated to-be-released third solo album. The release date for the followup to 2015's Revival has yet to be announced, but it sounds like the album drop will happen sooner rather than later. When Entertainment Tonight asked Gomez about the album's status back in June, she replied, "Yes! It’s finally done."

You don't need to go over either of the songs with a fine-tooth comb to try to piece together who inspired the lyrics; if you look no further than Gomez’s years-long tumultuous relationship with Bieber, you're probably on the right track.

On Oct. 24, Gomez appeared on On Air with Ryan Seacrest to talk about both of the personal songs that she just unleashed on the world. Referring to the real-life heartache she drew on when creating the two singles, she said, “In a way, it’s not something negative, it’s actually something positive that I was able to experience that, as beautiful and ugly as it was. I think it’s beautiful that I’ve been able to turn this into a new chapter.”

This new chapter happens to include Gomez's very first Billboard Hot 100 No. 1 song. Yes, until "Lose You to Love Me" showed up, Gomez somehow had not reached the top of the Billboard Hot 100 chart. "Come & Get It," "Good for You" featuring A$AP Rocky, "The Heart Wants What It Wants," "Same Old Love," "Hands to Myself," and Kygo collaboration "It Ain't Me" all cracked the Top 10, but in a surprising twist, none of these monster singles made it to the No. 1 spot.

Suffice to say, this accomplishment is long overdue. May "Lose You to Love Me" be the first of many Billboard Hot 100 No. 1s by Gomez.