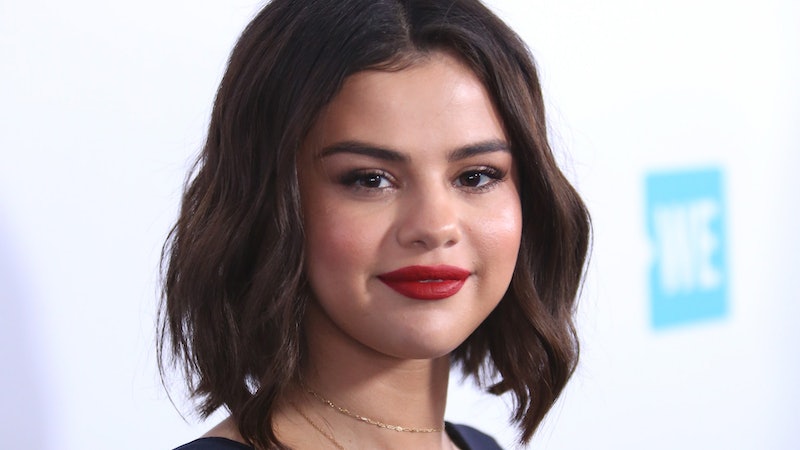 The heart wants what it wants — and for fans of Selena Gomez, it’s brand new music. Selena Gomez shared studio photos that tease new music soon, and fans are losing it. On Thursday, Aug. 29, Gomez took to Instagram Stories to share behind-the-scenes snapshots of herself in a studio and revealed that she’s working on her highly-anticipated new album, which serves as a follow up to 2015’s Revival. On Instagram Story, the “It Ain’t Me” singer shared three black-and-white photos of herself hard at work in a recording studio.

In the first post, Gomez can be seen writing in a notebook with her back against the camera. In the second, the singer flashes the peace sign and smiles in a Boomerang that features several Sharpies and a keyboard. In the last Instagram Story, she shares a photo of a soundboard and writes, “Just so you know, I see your comments and I’m working on it…”

The update comes on the heels of the reveal that her album — one she’s been teasing on social media for several months now — is “actually done.” During an appearance on The Tonight Show on June 11, Gomez told Jimmy Fallon that her new album is essentially complete and undergoing finishing touches. "I'm actually done. I have to do a few finishing things with it, but I'm just relieved,” she said. “It took me four years now to even feel at a good place with this album."

Shortly after the update, fans collectively lost their minds on social media. Twitter user @misselegend encouraged fans to save their coins, writing, “SHE IS FINALLY COMING. SELENA GOMEZ IS FINALLY COMING SAVE YOUR COINS”

Gomez’s studio pictures follow the pop star’s girls’ night out at a Kacey Musgraves concert on Sunday, Aug. 25 at the Greek Theater in Los Angeles. The Texas native — decked out in the ultimate country concert outfit: a gingham dress and a cowgirl hat — even took a few photos with the Grammy-winning country singer backstage. She shared the encounter with fans in an Aug. 26 Instagram post. “All kinds of magic ✨🌈 thank you, @spaceykacey, for your heart, your insane humor and your words,” she captioned a series of photos at the show. “We laughed, cried and danced. 💕”

What better way to celebrate a nearly-completed album than with a Kacey Musgraves show? Back in July, a source teased to Entertainment Tonight that Gomez’s new music will be “very personal.” The source told ET, “She just celebrated her birthday in Italy and is really enjoying this time off before things ramp up again. Selena has been working on new music and plans to release some this year. The new music is going to be a different side of Selena and very personal. Selena has gone through a lot over the years and is ready to share it with the world."

While there's no word yet on just when Gomez will release her new album, it's safe to say that fans have been ready since, like, yesterday.