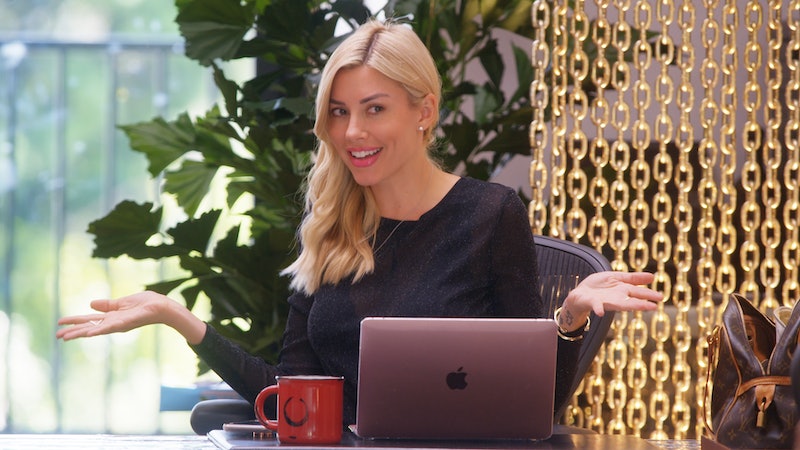 Their whirlwind romance is a constant topic of conversation — and, yes, conflict — in the show's newly released second season, but El Moussa never actually turns up onscreen. "Unfortunately, right now, he has obligations to HGTV," Heather tells Bustle of his conspicuous absence. "So, it's probably not going to happen anytime soon."

After five and a half months of filming, Heather is instead focusing on settling into their home. Since the show wrapped in March, "I took a little bit of breathing time to enjoy my relationship and the children, and then just focus back on full time real estate," she says.

Heather met El Moussa's two kids weeks into their relationship, a move that stirs up controversy with new cast member and single mom of two Amanza Smith. "I think a lot of people didn't realize that Tarek and I committed ourselves 100% on date two, which meant me committing myself to his children 100%," explains Young, who now feels "a lot of respect from other moms."

Even Amanza, it seems, has come around. "It's oozing from them that they're destined and meant to be together," she says. "People like me step in and give their opinion prematurely, but she's proved us all wrong and God bless them."

In quarantine, the cast members have actually commiserated over how much harder it is to keep up with the Oppenheim group chat when kids are involved.

"Sometimes we'll go to our phones, and Amanza and I will be like, 'Sorry, we're super busy today,' and it'll be like 60 missed texts in our group text," Young says. "I'm like, I don't have time to go back and look through these. Sorry guys!"