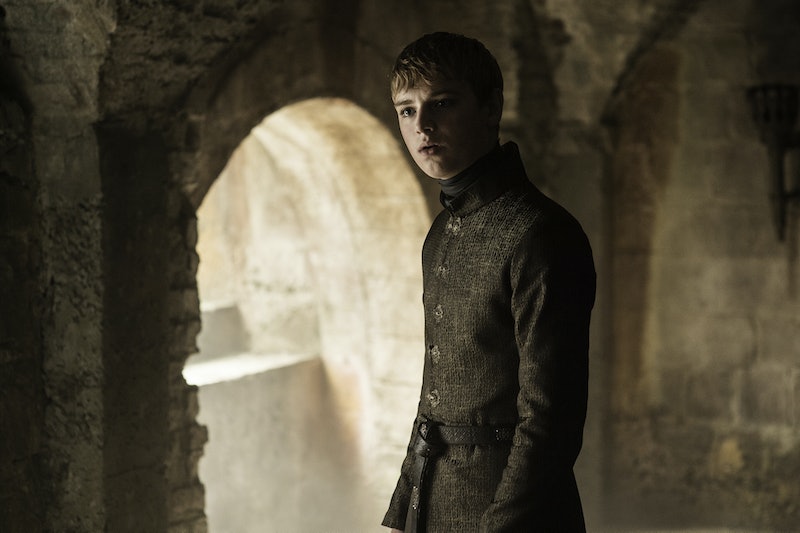 If there's one thing Game of Thrones is known for, it's having a nasty habit of killing off fan favorite characters at the drop of a hat. But despite the show's rather dark reputation, some of us have been holding out hope that one particular character was able to escape the chopping block. However, it turns out that dream was in vain because, according to showrunner David Benioff, King Tommen’s beloved cat, Ser Pounce, is dead. And not to sound overdramatic or anything, but this may very well be the most tragic reveal yet in Game of Thrones history.

Benioff confirmed the upsetting news during a recent interview with Entertainment Weekly, where he described just how the loss of Ser Pounce came to pass. (Spoiler alert: it's way worse than you could've ever imagined.) "Cersei hated the name 'Ser Pounce' so much she could not allow him to survive," Benioff told EW. "So she came up with her most diabolical [execution]. Ser Pounce’s death was so horrible we couldn't even put it on the air."

Let's just pause for a moment to let all of that sink in. Benioff doesn't go into detail about what exactly Cersei arranged to have happen to the poor feline, Ser Pounce, First of his Name, but given her history of cruelty in the past, the mind reels at what the Queen of Westeros was able to come up with. Poor Ser Pounce. You deserved so much better than this.

So if you were hoping Tommen's furry friend would be making any kind of appearance in Season 8, think again. Cersei apparently saw to that well enough. "If you buy the super-extended, super-charged Game of Thrones box set that comes out, the death of Ser Pounce will be in there," fellow showrunner Dan Weiss added during the same interview. "Just one whole episode devoted to the death of Ser Pounce."

But while a special Game of Thrones box set is scheduled to come out later this year, the chances of it including any extra Ser Pounce footage like Weiss suggests is next to none — mostly because the cat himself was terrible to work with, despite the character's adorable appeal. "That cat was really not fun to work with," Benioff admitted. "There's a reason the phrase 'like herding cats' came into existence." Perhaps it was this type of behavior that inspired the showrunners to have Ser Pounce meet such an unfortunate fate, especially since he's still alive in George R.R. Martin’s books.

Ser Pounce first leapt his way into our hearts in Season 4 when he interrupted Margaery and Tommen's secret little rendezvous in Tommen's bedroom. From that moment on, he instantly became beloved by fans worldwide. So the update on his passing is sure to hit viewers hard.

Thankfully, though, his death never actually happened on-screen, which means we can always concoct a much happier ending for him in our minds. Maybe he and Hot Pie have teamed up to open their own bakery together. Perhaps he's run off with a fellow feline to parts unknown. Anything would be better than the ending he was seemingly given. RIP Ser Pounce. We'll never forget you.