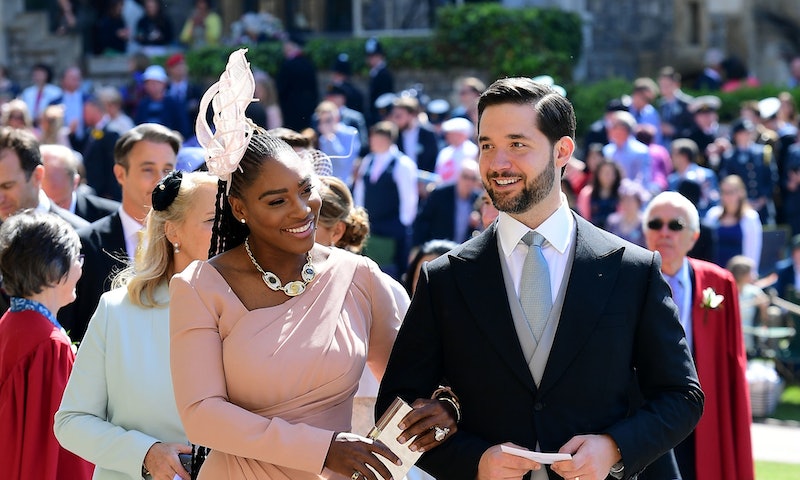 It's a big week for Serena Williams, who's been tearing it up on the U.S. Open courts since Monday. Celebrations might be in order on that front, but Williams told reporters the same can't be said for her daughter's upcoming first birthday — or any other birthdays in the Williams-Ohanian family for that matter. Williams explained why her family doesn't celebrate birthdays during a press conference ahead of the Open, according to People. And the reason is a personal one.

"Olympia doesn't celebrate birthdays," the tennis pro said, presumably responding to an inquiry about her daughter Alexis Olympia's birthday, which is right around the corner. The tiny tot turns 1 on Saturday, Sept. 1. And while some celebrity parents (especially those, like Williams, who've reached superstar status) might be inclined to host some sort of lavish birthday bash to commemorate the occasion, Williams told reporters at last weekend's press conference that she and her husband, Alexis Ohanian, won't be following that particular trend.

As People noted, the official website associated with Jenovah's Witnesses explains the rationale behind this particular belief in bullet-point form. "Jehovah's Witnesses do not celebrate birthdays because we believe that such celebrations displease God," the site explains, adding that the Bible doesn't prohibit birthday celebrations outright, but "it does help us to reason on key features of these events and understand God's view of them."

Many of those "key features" are considered staples among most western birthday-centric traditions, like candles and gifts. According to JW.org, the reason Jehovah's Witnesses don't engage in those practices basically boils down to a belief that birthday celebrations are rooted in paganism. "The Bible ... condemns the use of magic, divination, spiritism, or 'anything like this,'" the site goes on to explain, which is why "the early Christians did not celebrate birthdays."

Of course, just because those guidelines exist doesn't necessarily mean Williams lives by each of them, the same way folks who identify with any other religion might practice its tenets to varying degrees, depending on their individual values and beliefs. Last summer (not too long before Alexis Olympia was first brought into the world), Williams spoke to Vogue about her personal relationship with religion and how it's changed over the years. She told the magazine,

"Being a Jehovah's Witness is important to me, but I've never really practiced it and have been wanting to get into it. Alexis didn't grow up going to any church, but he's really receptive and even takes the lead. He puts my needs first."

Ultimately, whether or not the Williams-Ohanian clan chooses to engage in birthday celebrations — and why — shouldn't really be a matter of public concern. After all, a quick scan through either Williams or Ohanian's respective social media accounts reveals pretty plainly that Olympia has two exceedingly loving, attentive parents who very obviously care for her a great deal. At the end of the day, isn't that what matters most, anyway?