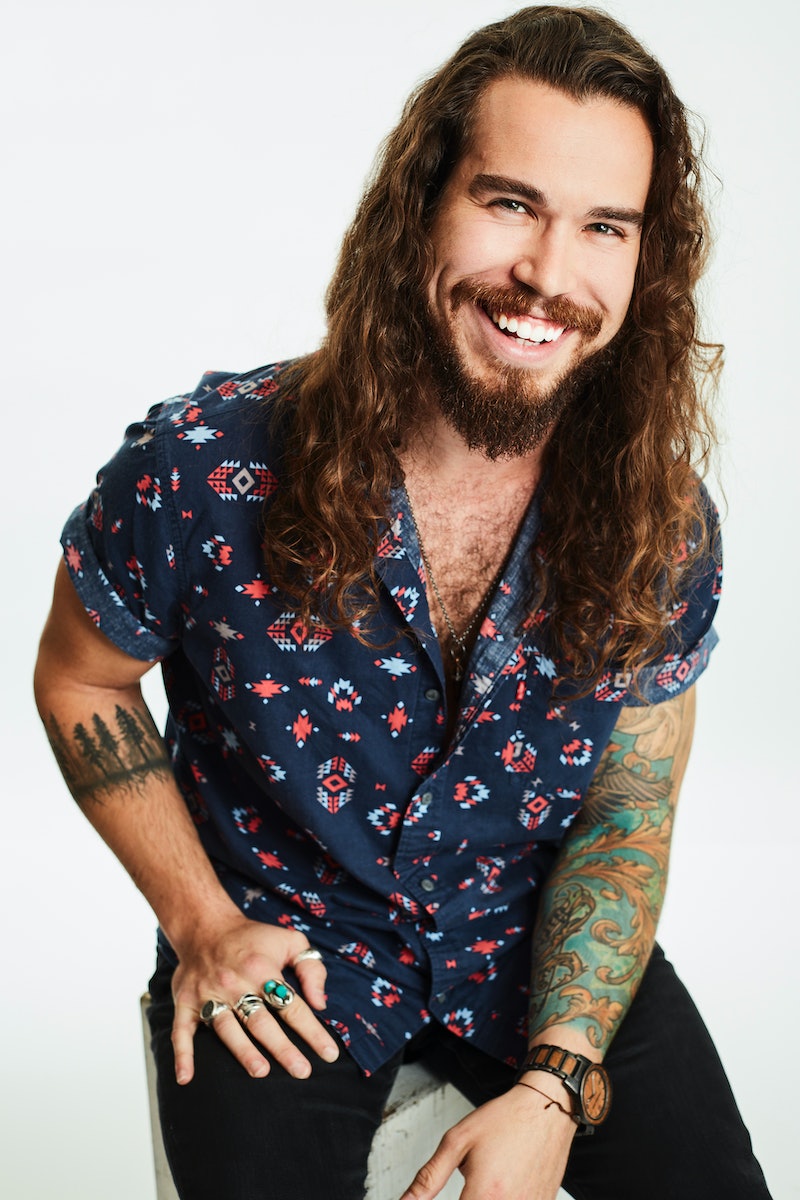 Out of all the musicians on The Bachelor Presents: Listen to Your Heart, it's Sheridan Reed who ended on the highest note in the April 13 premiere. Though he appeared to be the underdog for Julia's affections for most of the episode, performing an original song for her resulted in him getting Julia's rose. It's too early to tell if that means the couple will make it all the way to the end, but they're definitely one of the strongest pairs, so now's probably a good time to get to know Sheridan a little better. Here's what to know.

Who is Sheridan from The Bachelor: Listen to Your Heart?

Sheridan is a 27-year-old musician who grew up in Sacramento, California (with three siblings) and is now living in Austin, Texas. According to a Voyage Dallas interview, he was interested in music from a young age, and participated in jazz choir and played the clarinet before starting his own high school band in Sacramento.

After high school, Sheridan studied sociology and philosophy at San Diego State University, and also joined a local band called Small City Calling there. When he graduated, he moved to Austin and set out to make a name for himself as a solo artist.

What kind of music does Sheridan make?

In an interview with Middle Tennessee Music, Sheridan said his music style fluctuated a lot before he settled into what he calls "pop soul."

"I’ve played lots of different genres in the past, from folk and indie to hard rock and jazz, and after all that I settled on where I'm at now," he explained. "I wanted to write music with a feel, a groove that people could move to, or sit back and relax to, while still feeling the ebb and flow."

Sheridan admitted to East Side ATX that he never listened to funk, soul, or R&B before coming to Austin, but now those genres are integral to his work. His single "We Should Both Be Here," for example, is a clear fusion of these genres, melding together jazz and soul for a romantic, nostalgic feel.

You can check out more of Sheridan's performances on his Instagram, where he also shows off his collection of impressive looking hats. Of course, you can't tell from any of his posts if he's still will Julia or currently dating anyone.

Does Sheridan find love on Listen to Your Heart?

Maybe? In Week 1, Sheridan hinted that he's not as self-confident as the other guys, and he really did seem like the underdog until his surprise performance at the end of the episode. Sheridan seemed to have won Julia over, but it's still not clear if the two will actually have any lasting chemistry. Their first date went well in Week 2, but Sheridan seemed super nervous during their duet. He also learned Julia kissed Brandon, but still gave her his rose regardless.

In Week 3 it seemed like Julia was more securely set on Sheridan, but with Brandon still around too, who knows. Sheridan took a big leap in the premiere, and only time will tell if it pays off in the end.

What is Sheridan doing after the Bachelor: Listen to Your Heart?

Listen to Your Heart was filmed in January, and since then Sheridan has doubled down on his work life, according to Instagram. "I’ve had a wild couple weeks. I’ll tell you all about it soon, but for now just know that this is gonna be a big year," Sheridan wrote on Feb. 5, assumedly after filming ended. He released a single called "All In" on Feb. 13, "Coffee" on March 18, and "A Little Too Late" on April 13. Do these refer to his experiences on Listen to Your Heart? It's telling that on Valentine's Day, he didn't mention any special someone, but instead just posted about "All In" again, for which the lyrics read "I'm all in on me." On Feb. 18, he posted that he was back in Austin and lining up new singles and shows; one of those shows was meant to be SXSW, but of course that got canceled.

With Sheridan unable to perform right now due to the COVID-19 pandemic, he's lately been reflecting on his life. "Using this time in life right now to try to take a step back and really look at myself — I can see areas that I’ve grown in over the last several years that I should celebrate, but there are also blind spots, attitudes I often don’t realize I have and past habits I catch myself falling back into," he wrote in a May 1 post. "I'm aware that I've got a long way to go, but I can appreciate the opportunities I get to challenge myself and grow."