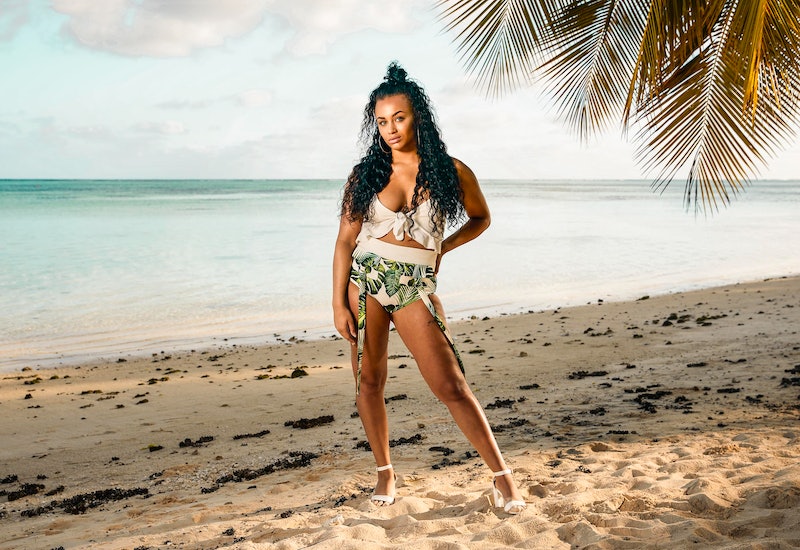 Since Love Island isn't back on for another few months, you might as well give Shipwrecked a try. A bunch of super fit people stuck on an island, complaining and being super extra? I can almost guarantee you won't regret it. However, out of all the contestants, there's one that stands out so far for me. Looking as though she might be one of this year's fiercest islanders, this lady's set to bring a storm to the island. You'll get to know her throughout the series, but I already wanna know, who is Shipwrecked's Liv Jawando?

Alright, it's time to stalk the socials. From what I can glean from Liv's Instagram, she's really, really into partying. In fact, the majority of her posts involve her dancing at a club or hanging at a mansion party. Either way, there's usually a good time vibe involved.

She also posted some photos of her in an unnamed paradise back in October, with the caption: "I’m living my best life." No points for where you think she might have posted it from. On Oct. 8 she then posted a photo of her reclining on a beach chair with sun-kissed skin, gushing: "Can’t believe my time in paradise is over best experience of my life met the most amazing people."

It doesn't look as though she has a Twitter account, so finding out more about her ahead of the show is a little tricky. However, according to the Radio Times' profile on her, Liv's a 19-year old waitress who describes herself as "not one to take any s*** off anyone." While she is, according to herself, "kind-hearted" and "funny," she does have an "attitude problem," which apparently revealed itself multiple times over the course of the show's filming. It got her into trouble with the camp, she admitted to Radio Times, with the star also announcing her participation with an Instagram post saying "You know if I’m on it there’s gunna be drama #petty." So here for it.

Liv's also no stranger to love. When some male eye candy did come the island's way, Jawando reportedly got the hots for fellow contestant Chris. Long story short, Capital FM reports that it turns out Chris is gay, but nonetheless, Liv's feels the "single life is for her.” After all, she applied to Shipwrecked because, as she told Heart: "I needed something different in my life. At the time, I didn’t know what to expect but I wanted to meet new people and to see what would happen."

She also said that she's never done anything like this before, having grown up "in a council estate." She also told the Radio Times that the one time she has spent abroad was a boozy five day stint in Magaluf, in which she spent much of the time crying. "I kept phoning mum up to say ‘get me a plane, I can’t do it anymore’."

You'll just have to wait and see if the same happens when she's stuck on an island in the middle of nowhere with a bunch of strangers. "Shipwrecked was completely out of my comfort zone,” she told the Radio Times, and you can watch Liv's experience when the new series of Shipwrecked premieres on E4 at 9 p.m. on Monday, Jan. 28.