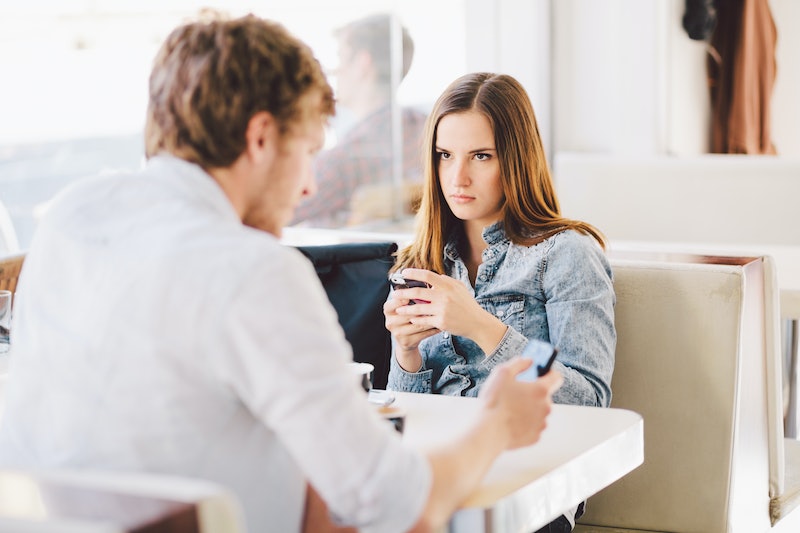 There's nothing more disheartening than meeting the love of your life and realizing that they're just not ready to be with you in a way that you deserve. While the hopeless romantic in you may say sticking it out is going to be worth it, that's typically not the case. According to experts, there are some key reasons why waiting for someone may not end up being worth it in the end.

If you like someone and they like you back, it's hard to understand why they wouldn't want to take things to the next level. But people have their reasons. "It's common today to not want anything serious and committal even if there’s a real connection," Jaclyn Lopez Witmer, licensed clinical psychologist who specializes in relationships, tells Bustle.

While it's easy to take it personally, someone not being ready to take things a step further usually has nothing to do with you. "Generally a person who isn’t ready for a relationship is likely working through their own stuff," Witmer says. "Regardless, it’s still unfair and undeserving for the person on the receiving end."

When you have feelings for someone, it's easy to stick it out even if your relationship really isn't going anywhere. While it's great that you're patient, understanding, and loyal, you should still think about yourself first. So here are some reasons why therapists say waiting for someone isn't really worth it.