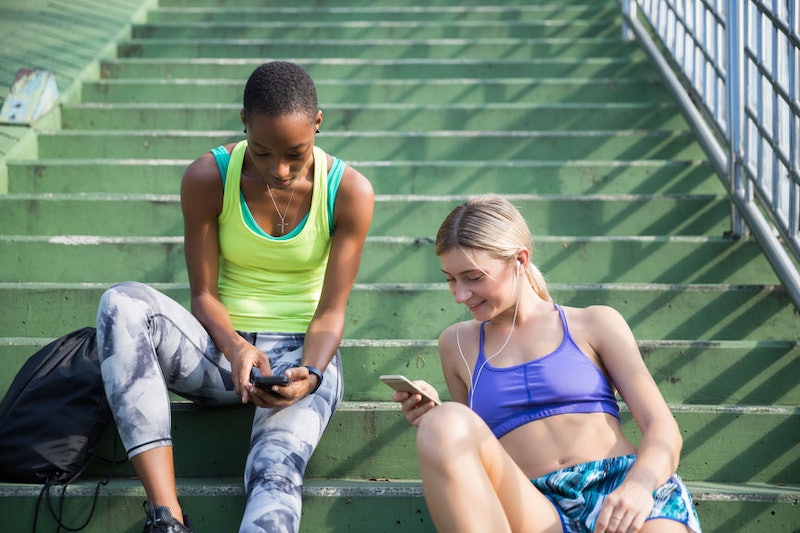 It's the most common time of year to join a new gym or to commit yourself to fitness routine. The festive period is long gone, and a feeling of determination for the new year is most likely sweeping through most of us. Many of us may feel encouraged by things we see on social media, from motivational quotes to commentaries on how working out can help our mental health as well as our physical health. However, new research has unfortunately suggested that users find social media posts about exercise are more harmful than good, in the majority of cases.

Surprisingly, Nuffield Health has found that in fact, social media can discourage many of us from taking those steps to go to the gym and feel fitter. In a survey of 2000 18-35 year olds, of the women who participated, the organisation found that many platforms such as Instagram can actually perpetuate feelings of self consciousness rather than boosting our confidence. In fact, over a third of women asked revealed they feel too self conscious to join a gym, and 32 percent of female participants believed social media is harmful rather than helpful when it comes to encouraging people to get fit.

So why is this? Well, 22 percent of people explained that seeing other people's photos on Instagram that show them at the gym actually makes them feel under pressure to look a certain way, while 32 percent of women wish gym photos on the platform could be more realistic and less staged, making them seem as though gym life is inaccessible.

“We wanted to find out what’s holding Brits back from commencing their fitness journey. The findings reveal that many people are put off the gym because they feel pressure from social media. 43 percent of Brits surveyed have witnessed their fellow gym users taking selfies or photos in the gym and although gym selfies and work out videos from fitness models can be motivating, it can also hold people back from taking their first foray into a gym.”

However, it's not all bad. Of those surveyed, 69 percent think more realistic images of workouts would encourage younger people to improve their fitness. It's totally easy to understand why social media can make working out seem intimidating, but it's good to hear that many understand it can be a positive source for change.

Interestingly, Nuffield Health's survey also finished by asking those involved to name what their gym pet peeves were, and the answers probably won't surprise you. While the number one peeve was people staring at you while you're working out, other things like people hogging the equipment, people taking selfies, and not wiping down equipment came in close behind. Perhaps most hilariously was the answer, "people flexing their muscles and staring at themselves in the mirror." Well... nobody likes a poser. If you're looking for social media content to inspire and motivate, we guarantee you these babes will do the job.