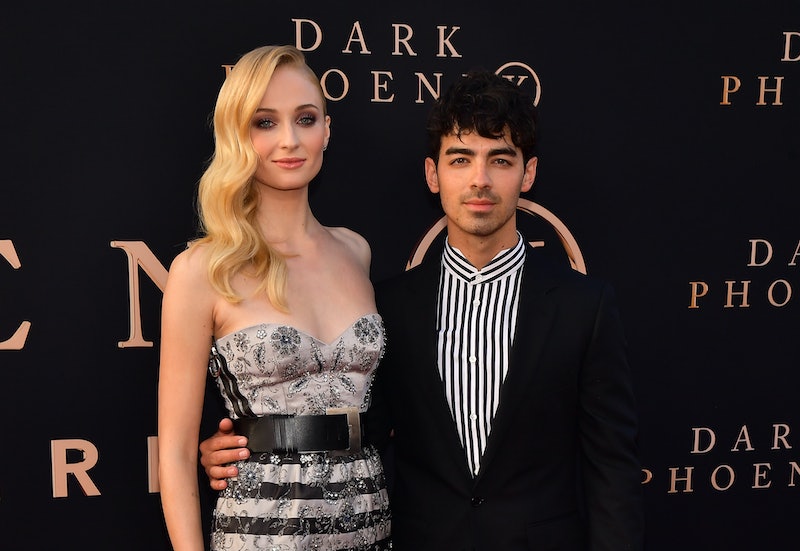 This looks like the best way to celebrate getting married. Sophie Turner and Joe Jonas shared new honeymoon videos on Instagram on July 18 and, wow, the footage is gorgeous. Plus, based on how they captioned their posts, the Game of Thrones star and Jonas Brothers singer had the most amazing time together. They clearly chose the right getaway after saying "I do."

The couple traveled to the Soneva Fushi resort in the Maldives, which is located in Asia on the Indian Ocean. As Turner shared on Instagram,

Her hashtag suggests that the paradise resort is a place where you can leave business, social media, and the real world behind you while you enjoy the peaceful location. A honeymoon is all about spending time together as a couple and Turner and Jonas did exactly that.

As you can see below, Turner posted a photo of her husband walking across a bridge with a stunning backdrop. The Dark Phoenix actor also uploaded a video standing on a beautiful beach with Jonas. And in what may be the best clip she shared, Turner posted a boomerang of herself playing tennis in a bikini and tennis shoes. She definitely lived her best life during their honeymoon.

The same can be said for the "Sucker" singer, who captioned his Instagram,

"What an epic trip! The bridge after a few [cocktail emoji] isn’t easy.. I can’t wait to go back."

In addition to sharing a stunning image of Turner sitting at a table on the beach at night, Jonas posted a video as he walked across the same bridge Turner shared above. The bridge swayed a bit, and Jonas declared in the video, "It's hard when you're filming." As for his third video, well, he appears to have recorded himself sitting on a toilet. You see his feet and swim trunks on the floor as Queen's "We Are the Champions" plays. The reason, or so it seems, Jonas posted this particular video is to show just how great of a view they had — even from the bathroom outside. The toilet totally overlooked the stunning crystal blue water.

Both Turner and Jonas shared previous photos and videos from their luxurious honeymoon on July 14. The actor captioned her Instagram, which featured three individual images of only Jonas, "Paradise such a magical place." The singer wrote, "I found happiness." Not only was he kind enough to upload two more beautiful pictures of Turner in her beach element, but he also shared a video of him going down a slide that was attached to their private bungalow. Seriously, they had the best honeymoon ever.

The couple wed in France on June 29, which was actually their second wedding. They first tied the knot on May 1 in Las Vegas. Following both ceremonies, they made sure to plan an epic honeymoon that neither of them will certainly ever forget.