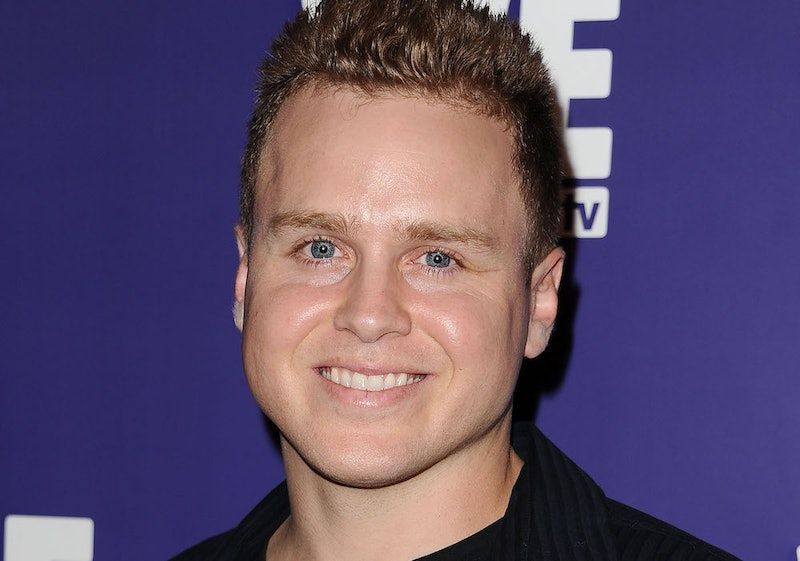 Are you there, God? It’s Spencer Pratt with a Taylor Swift mug, and he wants a big favor. Spencer Pratt is praying for Kristin Cavallari to join The Hills: New Beginnings. Following the news of her divorce from husband Jay Cutler in April, Cavallari announced on May 19 that her E! reality TV series Very Cavallari would not return for a fourth season. In the wake of Cavallari's announcement, Pratt took to his Instagram Story — Reputation mug in tow — to plead to a higher power that his former Hills co-star would return — for more than just a cameo — to the MTV reboot.

“k cavi leaving her show on E ! Say a prayer she’s coming to #thehills,” Pratt captioned a Story of Cavallari’s announcement post. He then followed up with a video of some coffee poured into his Swift merch mug and said, “I just want to talk to God real quick. Dear God and everyone watching this, please add to this prayer: we'd all love Kristin Cavallari to join The Hills: New Beginnings, so let's put that out there into the universe, multiverse.” He concluded with a sip, “Thanks, God."

The prayer comes after Pratt and his wife Heidi Montag expressed support for Cavallari on an episode of their podcast, The Speidi Podcast, on May 18. Joined by his fellow Hills co-star Audrina Partridge, Pratt said of the divorce, "I think Kristin is going to be better off and I'm excited for her new chapter, hopefully on The Hills, you know, dating.” Partridge agreed. “Yes, I would be nice to have her on The Hills,” she said. “Divorce is hard. She'll get through it, though."

Prior to COVID-19 shutdowns in early March, Cavallari confirmed that she would make a Hills cameo for its second season. At the time, she said the cast had “just started filming” and she wasn’t exactly sure when her cameo would occur. “I'm actually very excited," Cavallari told Entertainment Tonight. “I think it's going to be fun to go back and see the old gang and I'm looking forward to it. I'm happy to be a part of an iconic show [like] Laguna Beach and The Hills … I think it's awesome that people are still so invested in where we are 10 years later."