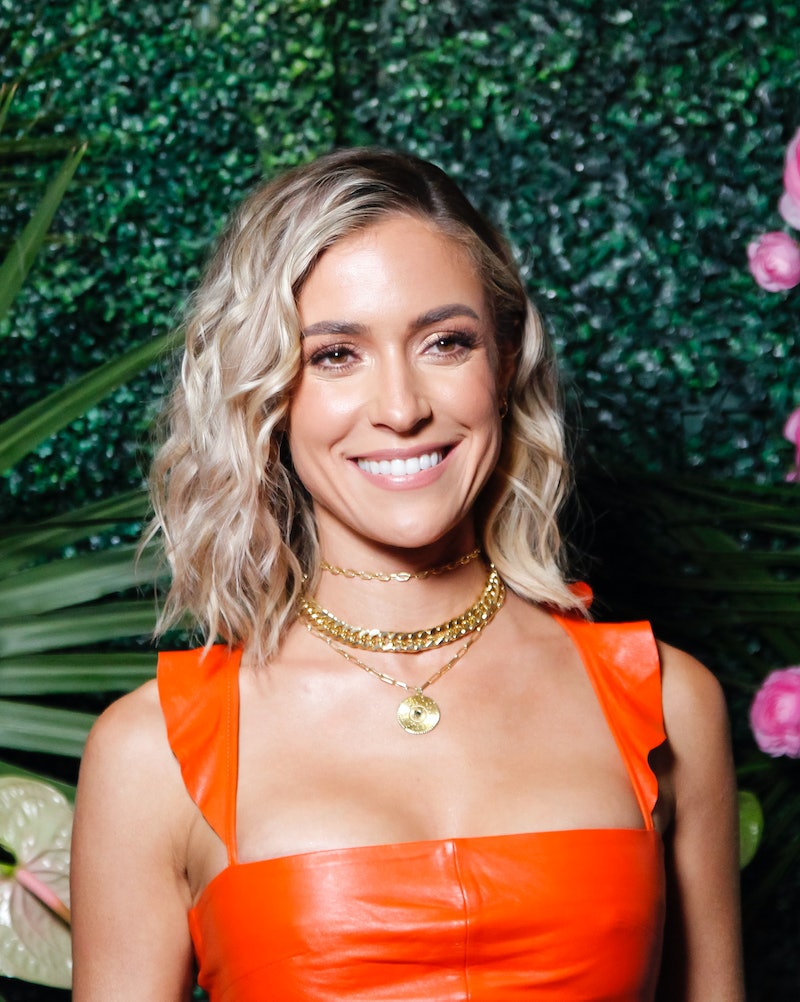 Turns out the rest of Kristin's story on The Hills is still unwritten. During a recent interview with Entertainment Tonight, Kristin Cavallari revealed she'll appear on The Hills: New Beginnings at some point in the reality show's upcoming second season. "I'm excited! I'm actually very excited," the Very Cavallari star said about her upcoming cameo, though she added that the cast "just started filming," and she isn't sure when, exactly, her cameo will happen.

"I think it's going to be fun to go back and see the old gang and I'm looking forward to it," Cavallari said, explaining that she still has a lot of affection for the TV shows that made her a household name. "I'm happy to be a part of an iconic show [like] Laguna Beach and The Hills," Cavallari noted. "I mean, it's cool and I think it's awesome that people are still so invested in where we are 10 years later."

However, the Uncommon James founder did also manage to throw a little shade at The Hills of yesteryear and the overly scripted storylines that the show manufactured for its stars. "I don't know what to expect," Cavallari said. "It's a whole new production team, so hopefully it's not as manufactured, but we will see."

Cavallari's decision to return to The Hills comes shortly after she had a mini reunion with former costars Heidi Montag and Audrina Patridge on her own reality show, Very Cavallari. In the episode, which aired on Feb. 13, the trio reflected on their enduring friendship and revealed some shocking behind-the-scenes secrets — including the fact that Montag's falling out with Lauren Conrad almost changed the cast of The Hills drastically.

"[Conrad] turned on me. She said, 'Alright, we're not friends. You're off the show'," Montag told the girls about her former bestie, after Cavallari opened up about her own struggles with Very Cavallari's Kelly Henderson. "She was like, 'Oh, I don't like Spencer [Pratt]. If you keep dating him, you're off the show.' And I said, 'Then I'm off the show.'" Ultimately, both Montag and Pratt stayed on The Hills, and Conrad was replaced by Cavallari when she decided to leave in 2009.

While the trio had a great time reflecting on The Hills during their mini reunion, Cavallari has made it clear that she has no interest in joining the reality TV reboot full time. "I don't think I could've gone back to that whole lifestyle," she told HollywoodLife in June about turning down the reunion. "As a mom and as a wife — if it was just me and I just had myself to look after, but mentally and emotionally, I could not have gone back to that same place."

By making a cameo — or hopefully, multiple appearances — Cavallari has found the perfect way to relive her Hills glory days and hang out with her friends without enduring all of the drama, drama, drama.

More like this
Ashton Kutcher Wants Danny Masterson “To Be Found Innocent” In Rape Retrial
By Jake Viswanath
'Abbott Elementary' Fans Probably Missed This 'Parent Trap' Easter Egg
By Sam Ramsden
At 28, Debra Jo Rupp Was Living A Much Different '70s Show
By Grace Wehniainen
Rachel Fuda Gave Birth Just Weeks Before 'RHONJ' Season 13
By Brad Witter
Get Even More From Bustle — Sign Up For The Newsletter
From hair trends to relationship advice, our daily newsletter has everything you need to sound like a person who’s on TikTok, even if you aren’t.