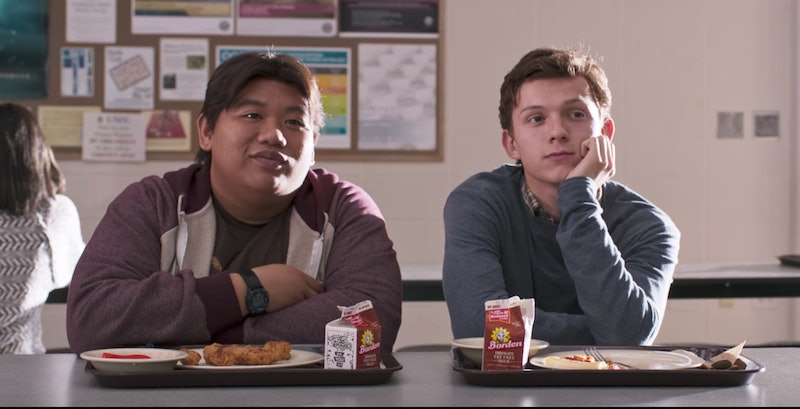 There's no question: Spider-Man: Homecoming is the most diverse movie in the Marvel Cinematic Universe (MCU). With a supporting cast made up almost entirely of actors of color, Homecoming soars past Doctor Strange and Guardians of the Galaxy Vol. 2 for the title. But while the diversity in Spider-Man: Homecoming is certainly commendable, it's also nowhere near enough. To put it in MCU terms: Homecoming is to diversity what Avengers: Age of Ultron, with its few female stars, might be to gender equality. It's a step forward, but not one we should be heralding as the new standard for superhero films.

Just as in all other MCU films, the most prominent characters in Homecoming — Tony Stark (Robert Downey Jr.), Peter Parker (Tom Holland) and villain Adrian Toomes (Michael Keaton) — are white men. There are no superheroes of color, as there are in GotG (Gamora) or The Winter Soldier (Falcon). And of all the non-white characters, only one, Ned (Jacob Batalon), gets close to the superhero action, and even then it's just barely. While Ned certainly has the biggest supporting part in the film, it is mostly relegated to that of a nerdy, comedic-relief role, not one of real action.

As for the other non-white characters, they're mostly either criminals or high school students. All of them have a few lines each, but none of them appear in more than a handful of scenes, and their personalities are undercooked — a generous way of putting it. As Vulture reports, at a recent press conference for the film, Marvel producer Amy Pascal was asked about the reason for the diverse casting in Homecoming, to which she responded, "I would say the inspiration for it was reality." Pascal's one-liner has gotten a lot of positive press for obvious reasons, but the fact is that the diversity in Homecoming isn't just realistic — it's also a carefully calculated decision made by a major Hollywood studio. It's no accident that the main characters of the film are still all white men, with actors of color relegated to the background.

Laura Harrier's Liz, for instance, might break new ground in the MCU as a woman of color love interest, but neither she nor Zendaya's Michelle are given enough screen time to really expand their roles beyond the archetypes of pretty girl (Liz) and outsider (Michelle). Same goes for Tony Revolori's Flash, who, despite giving a much-needed makeover to the classically white Spider-Man bully, doesn't exist outside of Peter's experience. This is typical for a superhero movie — the movie is called Spider-Man: Homecoming, not "Spidey And Friends" — but the film doesn't even try to hint at the character's lives outside of their relationship with Peter.

Vulture reports that while speaking about his experience playing a character who has been traditionally white in the comics, Revolori said he was thankful the film never tried to qualify his ethnicity. "That I am just in the movie; it's not about a certain race, it's not about doing anything. I think that's the diversity we need in Hollywood right now," he stated at the same press conference as Pascal. Revolori has a point. It's nice that, in Homecoming, none of the characters are explicitly defined by their ethnicity. However, it's also true that all the non-white characters are supporting characters, and as such, the message sent by the diversity in Homecoming isn't that bullies can be any ethnicity, but that POC can only be supporting characters.

Look, I am happy, thrilled even, with the increase in MCU diversity put on display in this new Spider-Man movie. Nevertheless, it still has its flaws. The bottom line is that the diversity in Spider-Man: Homecoming cannot and should not be regarded as the benchmark for future MCU movies to meet — it should be the one every movie has to beat until we get a truly representative superhero universe.