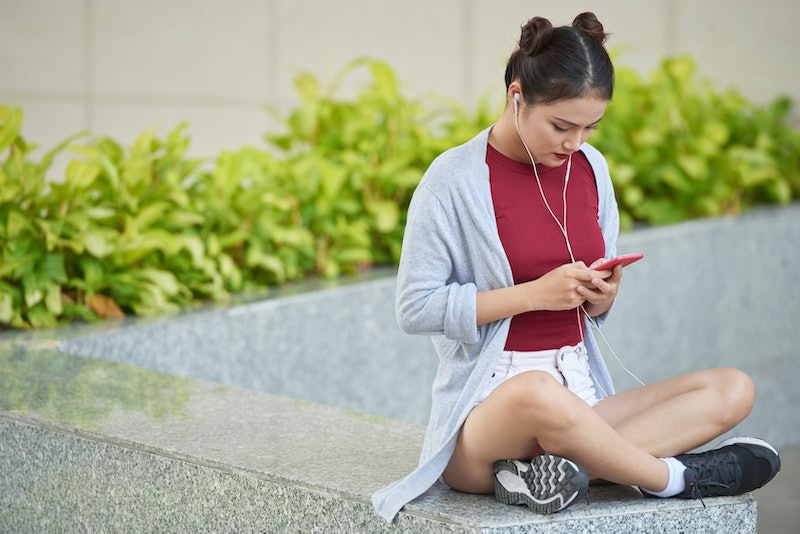 Many of us love listening to a good ol' Spotify playlist or shuffle, letting different songs and new artists come onto our radar or jamming out to our favorite music from a specific genre or time period. But then, something comes on that you just can't stand — maybe because of your musical tastes or maybe for other, more fundamental reasons. Well, the time they are a-changing. You'll soon be able to block artists on Spotify or mute them completely, meaning that they will never appear when you're listening to any library, playlist, chart list, or radio station. They're gone, gone forever. Well, mostly gone — according to The Verge, who has been able to test the new feature, the block feature works for an artist on their songs, but not for songs where an artist is just featured. Hopefully that's to come.

Per The Verge, Spotify is currently testing the feature, which will release to the public soon; it would give users the ability to mute or block artists. Some users in the test group may already be seeing the option on the iOS app.

The Verge and others have connected this move to calls to remove R. Kelly from music platforms. The public outcry against R. Kelly in light of accusations of multiple accounts of alleged sexual coercion made against him and the recent Surviving R. Kelly documentary has been huge. The #MuteRKelly protest has been going strong in Atlanta since 2017. It was founded by Oronike Odeleye and Kenyette Barnes when allegations began to resurface about his alleged abuse, and has gained momentum over the past couple of years. More recently, in May of last year, Spotify removed R. Kelly from their own playlists under a newly-coined Hate Content and Hateful Conduct policy, but his music remained on the app generally. (In a previous statement to the New York Times, Kelly denied the allegations, calling them an "attempt to distort my character and to destroy my legacy.")

At the time, a spokesperson for Spotify explained why they did not remove the artist completely. "We don’t censor content because of an artist’s or creator’s behavior, but we want our editorial decisions - what we choose to program - to reflect our values," Spotify said in a statement. "When an artist or creator does something that is especially harmful or hateful, it may affect the ways we work with or support that artist or creator." Meanwhile, Sony has also dropped the artist from RCA records.

Though the artist block feature being tested doesn't remove his — or anyone's — music completely from Spotify, it does give listeners and users a crucial choice. Of course, there are many other reasons why you might want to block or mute an artist. Maybe you just can't listen to the sound of a banjo for one more second but Mumford and Sons exists and will never stop and are relentless in their journey for banjo domination. Maybe you can't stop listening to a playlist you made dedicated exclusively to different versions of "Dancing On My Own" and you need someone to save you from yourself. (That one is me and I apologize for nothing.) Maybe there are other artists whose behavior you don't condone or politics you don't agree with. If this feature is brought out and made available to everyone, it could really change the way that you use the app — and save you from yourself when you need it.

Whether it's a political statement about an artist or a personal preference, being able to block or mute certain content on Spotify is long overdue. Here's hoping it becomes a reality for all users, because some artists don't deserve to be on your radar.