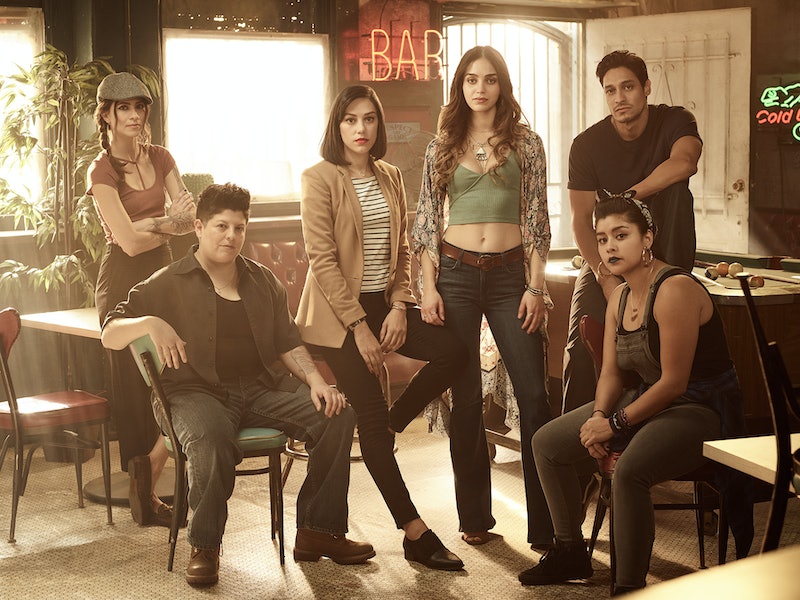 If you ask my abuelita, Latinx isn’t a real word. Truth be told, until a couple years ago, I probably would have agreed with her. It’s not really Spanish, nor is it English, nor is it widely recognized or used in any Latin American country. Though no one knows where the word truly originated from, those who have adapted it use it as a gender neutral alternative to Latino/a. It makes sense as a less loaded term: The words Latino and Latina began as terms to define immigrants from Spanish-speaking countries in the 1940s, ridding individual communities of their identity and classifying immigrants of different countries under one intricate, patriarchal umbrella. In 2016, Latinx began trending on Google, and since then, Latinx has found its home as a term for those of a new generation who reject the patriarchal history and heteronormative origins of Latin culture. It’s also extended further to become more inclusive of feminism, LGBTQ communities, and opened up how we see Latin representation on screen. And no TV show — or film for that matter — has fully embraced the true inclusivity of the word Latinx more than Starz’s new series Vida.

Vida follows sisters Emma (Mishel Prada) and Lyn (Melissa Barrera), as they return to Boyle Heights, a largely Latin immigrant community in Los Angeles, to bury their mother, Vidalia. Emma was exiled by her mother at a young age, so she's emotionally disconnected and is eager to put both her mother and her past behind her so she can return to Chicago as quickly as possible. Lyn is bubbly, very aware of her femininity and her effect on men, and seemingly a bit more whitewashed than the environment around her childhood home. The sisters must tend to their mom’s business matters involving the local bar and building Vidalia and her “roommate” Eddy (Ser Anzoategui, a non-binary actor who prefers the pronouns they/them) owned. However, unbeknownst to both of them, their mother was queer, and the effects of this discovery cause the sisters to ask many questions — especially Emma, who is queer herself — about their past, who they are at present, and what this discovery may mean for their futures.

Vida’s textured portrayal of Latinx identity is apparent from the start. In the first episode alone, the show subtly addresses some of the many issues within the Latin community like colorism, sexism, being a “pocha” (slang for an Americanized person of Mexican descent; it translates as “rotten fruit”), gentrification (when your own “raza” are doing the gentrifying), and what it means to be a queer, brown woman in a culturally conservative space. Vida also explores sexuality and sensuality through the lens of the female gaze (four episodes were directed by women of color), something that Latin culture tends not to discuss or views as shameful (I’m almost 40 and still waiting for my mom to give me the sex talk).

The show asks a lot of questions, never suggesting one answer is better than the other, offering a broad scope of what being Latinx and being part of a Latinx community means. It’s thoughtful, fun, funny, and at times, completely heart wrenching. As an Angeleno myself, one of the rare natives of this large and beautiful city, the amount of care and extra measure the writers took to accurately represent the immigrant community I grew up in is not only apparent, but something that I found very touching. It’s sad that for as often Los Angeles is represented on screen, I’ve never truly seen the Los Angeles that I and close to five million Latinx people know as home.

It’s a stark contrast to some of the stereotypically “Latino” shows of the past, like The George Lopez Show, Cristela, or even Devious Maids, which Vida’s showrunner Tanya Saracho once wrote for. In those, the picture of Latinidad is based on what outsiders assume Latinidad looks like: a strictly heteronormative community of working class brown people wherein the women are sexy (or housewives, or both), the men make the decisions, and the kids don’t have much say in anything. That’s not to say that some Latinx people don’t resemble that makeup either, though. The truth is, Latinidad is complicated, and it’s not a monolith. We don’t all look alike, come from the same country, or even speak the same language — my own daughter doesn’t speak a word of Spanish. We have an extensive and complex history, riddled with colorism, machismo, and rivalries that go back centuries.

It’s no wonder that over 70 years later, we’re still fighting, not just for representation (Latinx people represent a mere 6 percent of on-screen speaking roles on TV; in films, the number is an even lower 2.9 percent), but about who and how an entire community can be accurately represented. The community has long been vocal about demanding to see themselves portrayed as something other than maids, gang members, and criminals, roles long reserved and given to Latinx actors like Lupe Ontiveros, a critically acclaimed actress who, when she died in 2012, had portrayed a maid over 150 times in her lifetime. And now that society is (slowly) evolving, shows like Vida are giving Latinx actors the opportunity to tell more stories and proudly reflect the nuances of the community they belong to.

To hear showrunner Tanya Saracho tell it, the best part is that fully embodying what it means to be Latinx is pretty easy when it’s your life and you’re given the platform. “I just hung onto the truth of these characters, as I see the world,” she tells me. “I identify as queer and I said, ‘I see the world this way, I'm just gonna reflect it that way,’ and that's what we have.”

Like its showrunner, Vida is unapologetically female, queer, and fully Latinx. In Spanish, vida means life — and that’s exactly what Vida will give to the Latinx community: a new life.