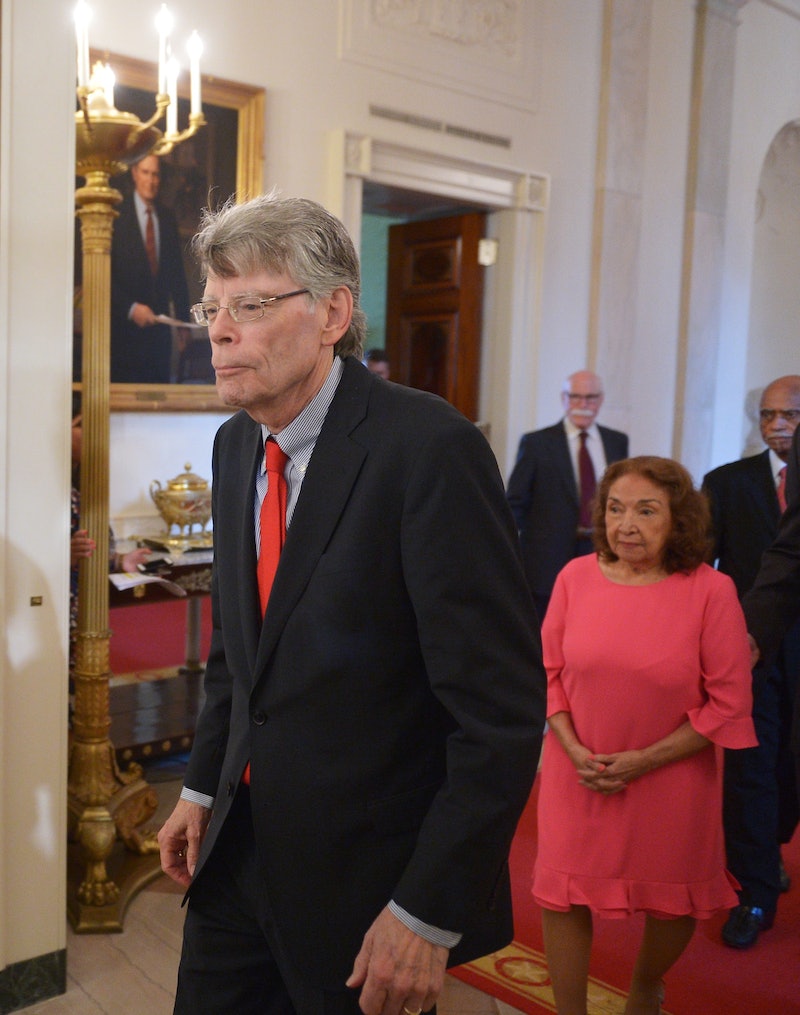 With close to 100 books under his belt, several of them tipping the 1,000-page scale, Stephen King is known for his way with words. That hasn't changed with the new year, and Stephen King isn't mincing words about our new president. The End of Watch author has tweeted his displeasure with Donald Trump and his policies throughout the 2016 election cycle, and he's continued to do so since the GOP candidate's election. I've got a selection of King's best Trump tweets below, so keep reading.

In an interview with Rolling Stone, published on June 9, 2016, King told Andy Greene that Trump was "sort of the last stand of a sort of American male who feels like women have gotten out of their place and they're letting in all these people that have the wrong skin colors," adding that the then-candidate owed his popularity to "people [who] would like to have a world where you just didn't question that the white American was at the top of the pecking order."

Expanding on his statements in a Facebook Live interview with The Washington Post's Ron Charles on Sep. 24, King said, "A Trump presidency scares me more than anything else ... I'm terrified that he'll become president." When asked whether he would write a book about Trump's presidency, King referred Charles to The Dead Zone, his 1979 novel about a clairvoyant man who awakens from a years-long coma and goes on a mission to assassinate a presidential candidate who will usher in World War III.

After Trump's election in November, King announced that he was "shutting down" his social media accounts for a short recovery period, reminding his followers of "[a] common sign in antiques stores reading IF YOU BREAK IT, YOU OWN IT." King returned to Twitter and Facebook on Nov. 22, and he hasn't left since. Here are some of his best tweets on Trump.

More like this
'The Sandman’s Ending Is A Departure From Neil Gaiman’s Comic Book Series
By Kadin Burnett
I've Read The Harry Potter Books 30+ Times & This Plot Hole Haunts Me
By Kelsey Stiegman
The Viral 'Little Miss' Franchise Is Focusing On Mental Health Next
By Darshita Goyal
We’ve All Had Bad Sex. Nona Willis Aronowitz Is Talking About It.
By Sophia Benoit
Get Even More From Bustle — Sign Up For The Newsletter