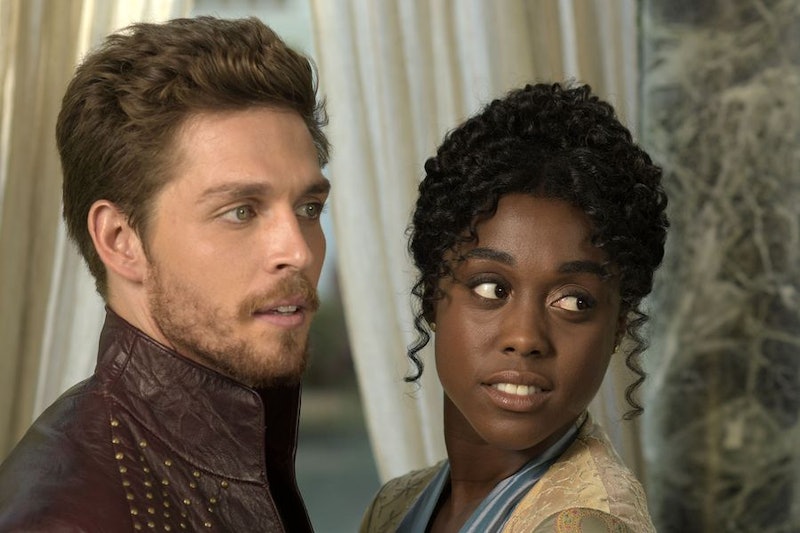 The tragic ending of Romeo & Juliet got an unexpected continuation this year in a sudsy summer romance on ABC; but the series itself won't receive such a reprieve. Still Star-Crossed won't return for Season 2. The series has been cut short like the lives of the ill-fated lovers who drank poison in the first episode's opening sequence. With the show approaching its Season 1 finale, fans already know the fate of the drama… and, sadly, it's every bit the tragedy its source material was.

Yes, Still Star-Crossed has already been cancelled. ABC granted it a primetime slot, Monday nights after episodes of The Bachelorette, but the expensive Shondaland production failed to live up to expectations, shedding an alarming amount of its lead-in audience. The third episode only retained 1.6 million viewers and a paltry 0.3 rating (down from Bachelorette's 5.9 million viewers and 1.6 rating), according to TV By The Numbers. ABC yanked Still Star-Crossed from the Monday schedule, banishing the remaining four episodes to the Saturday night graveyard.

Although the network didn't outright announce the show's cancellation, the cast was quick to quash any false hope their fans might have, confirming that the show's life had been cut short by ABC's merciless axe.

If this seems like an unprecedented turn of events for the behemoth that is Shondaland… well, it isn't. Although über-producer Shonda Rhimes does have a strong presence on ABC, with one day of the week entirely devoted to her programming, her production company doesn't have a completely spotless record. Although Grey's Anatomy remains a ratings behemoth 13 seasons in, alongside its successful T.G.I.T. brethren Scandal and How To Get Away With Murder, other shows shepherded by Shonda Rhimes haven't been as successful.

Private Practice "only" ran for six seasons, less than half the lifespan of the show it spun off from; The Catch was also cancelled by ABC recently after two low-rated seasons failed to drum up any buzz; and Still Star-Crossed joins the 2011 medical series Off The Map as just the second Shondaland show to be axed after one season. Here's hoping that the upcoming legal procedural For The People and the untitled second Grey's Anatomy spinoff — both premiering at midseason in early 2018 — fare better than Shondaland's Shakespearean experiment.

If there's any silver lining in the very dark cloud of the show's abrupt cancellation, it's the fact that fans don't have to go into the finale not knowing whether or not the show will return. That can often be the most agonizing part of watching the final episode of a freshman series: the question of how much investment to put into the proceedings without knowing whether it will be a conclusion, or just the next step towards a longer future.

Now, because of ABC's decision, at least fans of Still Star-Crossed won't enter the July 29 series finale, "Something Wicked This Way Comes," assuming that there will be more story coming their way next year, only to be blindsided by a cancellation at a later date. Knowing that this will be their last trip into that world should help fans to savor every moment of the finale even more.