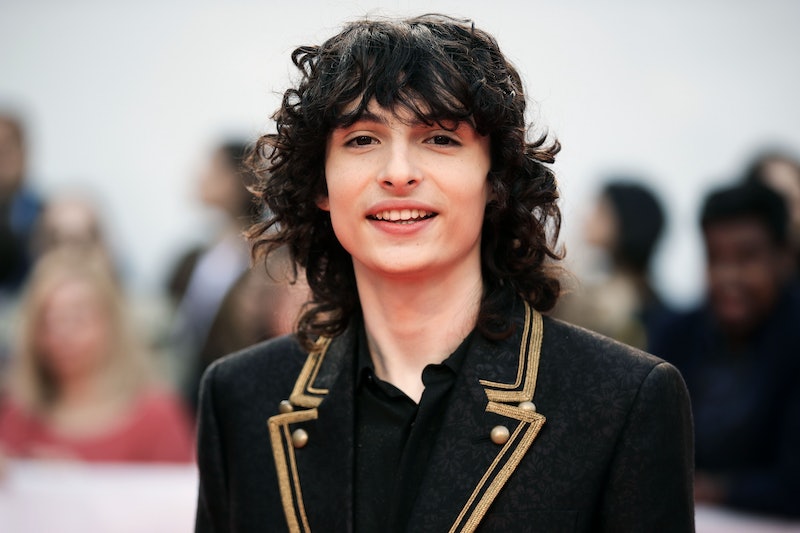 Shows like Stranger Things become so engrossing for stans that, when you see its stars looking in any way different from the show, it's always a shock. And this new haircut unveiled by Stranger Things' Finn Wolfhard is a real departure from his usual mop of curls. The star, who plays Mike in the show, is sporting an all new look that's not only straight but a total shag. The shag, popularised in the seventies, is having a bit of a revival at the moment and is (IMO) the more sophisticated and classy older sister of the mullet.

Wolfhard debuted his new look via a post on his Instagram account, all choppy and pouting. The actor made light of his serious face, though, by adding a photo of the famous Dr Evil character from the Austin Powers franchise.

The photo came without a caption so TBH it remains to be seen if the look is all his own or one that he's adopted for a role. Whatever the story is, his fans and followers have spoken: the picture has elicited over a stonking 2.8 million likes at the time of writing.

Wolfhard's new hair is being compared to that of famous rockstars, with lead singer of SWMRS Cole Becker writing, "What’s up Patti Smith!"

Comparisons to a rockstar cut are not only accurate but might be an indication of the actor choosing to make his look a bit more attuned to his other passion: music. Wolfhard is a part of Canadian teenage rock band called Calpurnia, where he is the lead singer and guitarist.

He revealed in an interview with NME that in actual fact he is currently leaning more towards a career in rock and roll. But, fear no Stranger Things fans, as he pointed out that acting is still a passion of his:

"The things I want to focus on are music, writing, directing, and developing stuff. I love acting, of course, and I would still love to keep acting, but I want to try my hands at so many things."

So, despite the rockstar haircut and shredding his guitar, he's not throwing in the TV towel just yet. Phewf.