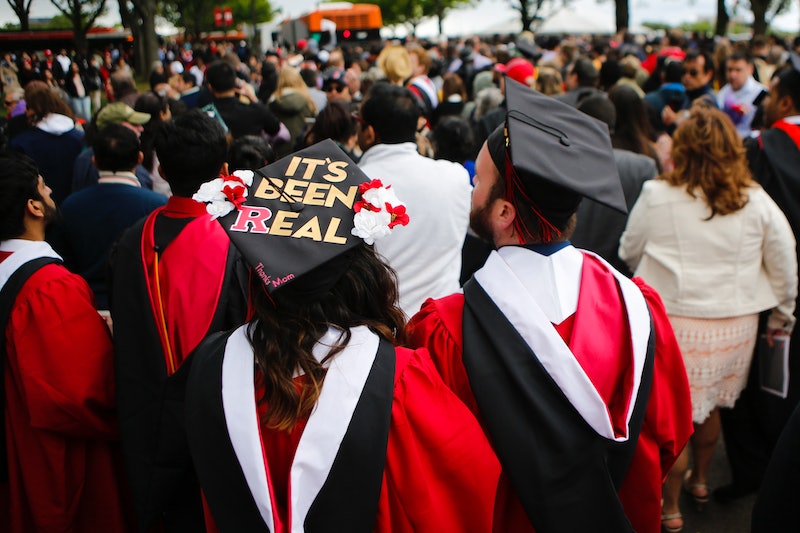 While the #MeToo movement has highlighted the pervasive issue of workplace sexual assault and harassment, there are other, subtle ways in which misogyny can make the lives of working women difficult. A new study published in the journal Sex Roles has revealed one highly specific but extremely impactful one: the gender imbalance of asking for favors. The research found that students ask female professors for more favors than male ones, especially if the students are, in the words of the study, "academically entitled." This seems to be due to stereotypes about women being more 'caring', and it has problematic implications for the careers of female academics in general — because of the excessive time consumption and high emotional toll of those demands.

Academia continues, in many disciplines, to have a sexism problem. College professors are predominantly male, though female professors are making more inroads, according to the researchers. And there have been studies showing severe gender bias in the peer reviewing of academic papers, research demonstrating that sexism influences how students rate their lectures, and revelations from academics worldwide about the misogyny they've faced in their attempts to get ahead. This new study from Eastern Washington University looks at one particular angle of sexism in the life of professional academics which may seem benign, but actually isn't.

The study is, aptly, called "Dancing Backwards In High Heels," inspired Ginger Rogers, Fred Astaire's dance partner, who had to match all of his graceful moves backwards in heels. In one part of the two-part experiment, 88 professors across the U.S. were interviewed about their experiences of student interactions, and female professors were found to get far more requests for special favors and "friendship behaviors" than male ones. Favors are classed as demands that go beyond what professors normally do: the professors agreed to statements like “Students drop by my office without an appointment and expect to discuss an issue right away” and “Students ask to redo an assignment to earn a better grade”, neither of which are standard practice in academia.

Friendship behaviors usually involved the need for emotional labor or a worrying invasion of student-teacher boundaries: female professors were much more likely to say "yes" to statements like "Students discuss their personal problems with me,” “Students bring gifts for me,” and “Students invite me to student activities.”

"So what?" you might say. "Professors can be nice." But niceness isn't really the issue here: It's about gendered expectations. In their interactions with female professors, these students were demonstrating sexist beliefs that female academics would be more able to drop everything for them, more willing to take on the professional risk of doing them favors, more open to violations of student-teacher professionalism, and more OK with doing unpaid emotional labor for them than male academics would be. When they were asked about doing a lot of emotional work for students, female academics were much more likely to say that they spent "a lot of time" helping students feel better or aiding them with stress. And that's unpaid work that's very often, in the workplace and otherwise, delegated to women.

The emotional labor issue is a particular problem because it might influence the burnout of female academics. "The same academic job," the researchers write, "may require more time, personal, and emotional demands from female faculty than from male faculty." And that can create difficult expectations: "If students treat a female professor as though she is close with them, then she may feel obligated to provide social support and other nurturing behaviors toward them. This could take an emotional toll regardless of whether or not she responds with nurturance and/or enjoys doing so."

But the study didn't end there. The researchers also interviewed 121 undergraduates on a psychology course at a U.S. university. Along with assessing their general feelings of academic entitlement (answering "yes" to questions like "I deserve a passing grade because I paid tuition," for instance) and their general sexism levels with questionnaires, they were also given a hypothetical situation with a female or male professor and then asked how likely they would be to ask them for favors, like asking for a better grade on a test, and how they'd feel if it was rejected. The students, both male and female, were much more likely to ask a female professor for a favor; and the more entitled they felt, the more likely they were to expect the female professor to say yes, get angry when a request was denied, and then plead for it. The students' own levels of outright sexism didn't seem to have any influence on these results; whether or not they thought women should have authority roles, they still believed female professors would be nicer to them.

The thinking behind these kinds of beliefs, as the researchers point out, is based in gendered ideas about women being "kinder" and "more caring." "We believe these effects are the result of women being perceived as more communal," they wrote, "and female professors thus being set to a higher standard regarding nurturing behavior." This is an example of what experts call "benign" sexism: a belief that looks like a compliment from the outside ("women are so caring!"), but actually leads to imbalanced labor divides and demanding students getting annoyed when their requests are denied. Dealing with "irritated and disappointed" students, as the study points out, is "both time-consuming and emotionally draining for the professor" — and takes away from time and energy that could be devoted to, you know, actual research and teaching.

The "nurturing" issue in academia has actually been studied before, and shows that female academics can't win. A study from 2011 showed, mean that male academics who were viewed as "nurturing" were consistently given higher student ratings than female academics who were viewed in the same way — because it was expected that the women were nurturing, but for men it was a bonus. The researchers also point out that expecting favors isn't just confined to students; research in 2013 demonstrated that coworkers expect female colleagues at work to do more favors for them, too. That takes time out of their day and disrupts their jobs. Female academics are likely facing extra demands at all levels compared to their male counterparts.

The upshot of this data? We all need to be more aware of our favor-asking behavior in the workplace, and whether we're going automatically to a woman because she actually has the time and power to deal with it or because we subconsciously think she's "nicer." And if you're a college student, you should think twice about your interactions with female professors, and whether you're making assumptions about their responses to late work, last-minute problems and special requests. Women don't automatically have to be the nicest person in the room.