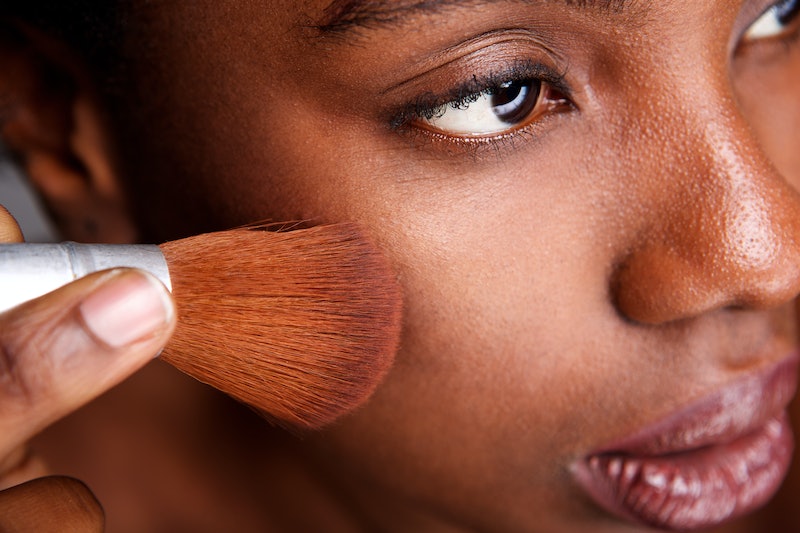 "Inclusivity" and "diversity" have become buzzwords in recent times. Used as a symbol of "wokeness" by brands which tends to involve one positive action followed by radio silence. But one high street store is committing to permanent change. As Stylist reports, from now on, Superdrug will only stock inclusive beauty brands both online and on its store shelves.

Three years ago, Superdrug asked women of colour about their beauty shopping habits. Two thirds of black and Asian women said the high street failed to "cater for their beauty needs," while 36 percent of respondents felt there was a lack of advice in high street beauty stores. In response, Superdrug launched the #ShadesofBeauty campaign, encouraging brands such as L'Oreal, Maybelline, and Revlon to produce additional shades.

But the shade ranges of some other brands haven't expanded. So, in April, Superdrug wrote to every single one of its suppliers, requesting that base products, including foundation, be suitable for any customer, reports Stylist. All makeup brands were also asked to include warm and cool tones and to remember the diversity of skin tones when releasing products such as concealers and powders.

"Diversity has become a buzzword in the beauty industry over the last few years, but, at Superdrug, we don’t see inclusivity as a trend, it is a fact of life," the company's commercial director, Simon Comins, told the magazine. "In 2019, it is unacceptable that some brands aren’t catering to our diverse and beautiful customer base."

“We want all our customers, no matter what gender, shade, or skin type to be able to get their correct foundation in store and online," he continued. "This is why we challenged our suppliers to be truly inclusive and offer a minimum of 20 shades ranging from pale to dark." According to Comins, Superdrug currently offers over 650 foundations and is hoping to increase this number in the near future.

Although Rihanna's Fenty wasn't the first brand to introduce a wide array of foundation shades, it was among the first high-profile names. (Her Pro Filt'r Soft Matte Longwear Foundation launched with 40 shades in 2017.) Now, the likes of Charlotte Tilbury, Pat McGrath, Estée Lauder, and Lancôme all have diverse shade ranges. Estée Lauder's Double Wear Stay-in-Place Makeup has a whopping 56 options.

“When I started in makeup, brands left inclusivity up to the makeup lines that specialised in it — as if makeup for any skin tone other than white was somehow shrouded in mystery," Terry Barber, director of makeup artistry at MAC, told Vogue, adding: "It was just laziness and elitism.” It's worth noting that MAC's Studio Fix Foundation has always offered 50 colour variations.

But it's not just foundations that need a shift. It's the entire makeup category, including lipsticks, concealers, and contouring products. Any person can tell you that the appearance of a classic red lip differs depending on your skin tone. So why aren't brands waking up?

According to Stylist, two brands — Revolution and Barry M — were the first to reply to Superdrug's letter with a commitment to inclusivity. It's not yet clear how long it will take for each and every name to produce the minimum 20 shades, but let's hope that the next few years will see diversity finally becoming the norm.