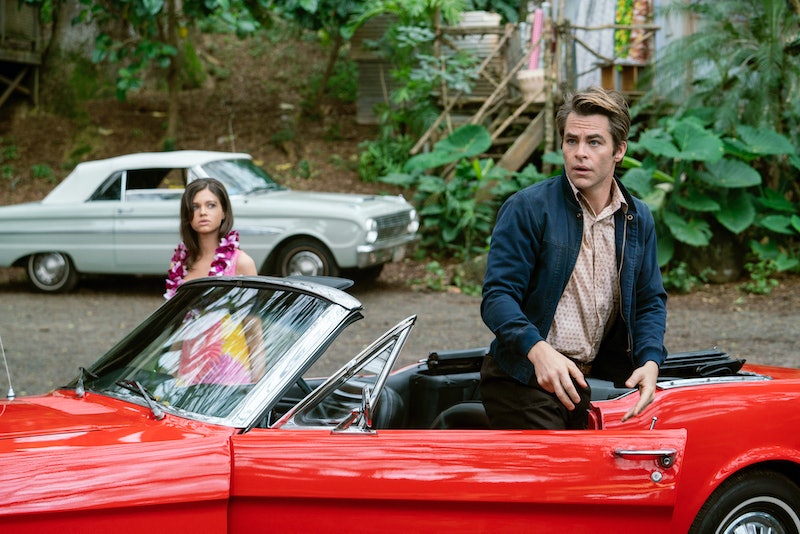 Fauna Hodel's quest to retrace her roots on I Am the Night has become deadly, but she's finally getting close to some answers about her birth mother, Tamar Hodel. But things may get even more complicated for her when she discovers Tamar had other children after giving her up for adoption. The show is adapted from Fauna's real memoir, One Day She'll Darken, in which she discussed her half-siblings. And on I Am the Night, Fauna will learn that she's not Tamar's only child when she travels with Jay to her birth mom's home in Hawaii.

Although Corinna Hodel, the ex-wife of Fauna's grandfather, George, told her that Tamar was dead, Fauna discovered her birth mother is alive and living in Hawaii during the Feb. 18 episode. Now, in the upcoming Feb. 25 episode, Fauna and Jay will journey to Hawaii to find her. Along the way, she'll meet her half-siblings. As explained on the One Day She'll Darken website, the real Fauna learned about her siblings when she wrote to her mother for the first time. Tamar responded with a photo of herself with her four other children, whom she had after giving Fauna up for adoption — daughter Elizabeth (who was also called Fauna II) and sons Peace, Love, and Joy.

Fauna's own daughters, Yvette Gentile and Rasha Pecoraro, have been helping to tell their mother's story following Fauna's death in 2017. In the first episode of their I Am the Night companion podcast, Root of Evil, they featured a recording of their mother talking about when she first met Tamar and her brothers and sister in Hawaii. Unlike in the show, it didn't occur until years after Fauna first discovered the truth about her birth mother, and she brought her oldest daughter, Gentile, to Hawaii with her.

As Gentile explained in the podcast, her uncles were three, five, and seven when she met them and their full names are Peace on Earth, Joy to the World, and Love. Fauna II's full name is Deborah Elizabeth and she was 18 at the time. All five of Tamar's children had different fathers, Gentile explained. "Things could not get any more weird .... or so we thought," Gentile said of the situation.

Despite their complicated family history, it seems like today, Gentile and Pecoraro have a good relationship with their aunt and uncles. They share photos with them on social media, like the above photo with their uncle Love, and frequently write about the importance of family. Their aunt, Fauna II, also contributed to the first episode of Root of Evil, and they indicated that their uncles will share their stories on the podcast in the future as well.

As Tamar's half-brother Steve shared on his blog, Tamar died in 2015 at the age of 80. But thanks to Tamar's surviving children and grandchildren, Fauna's incredible life story is being told and this family has managed to stay bonded through it all.