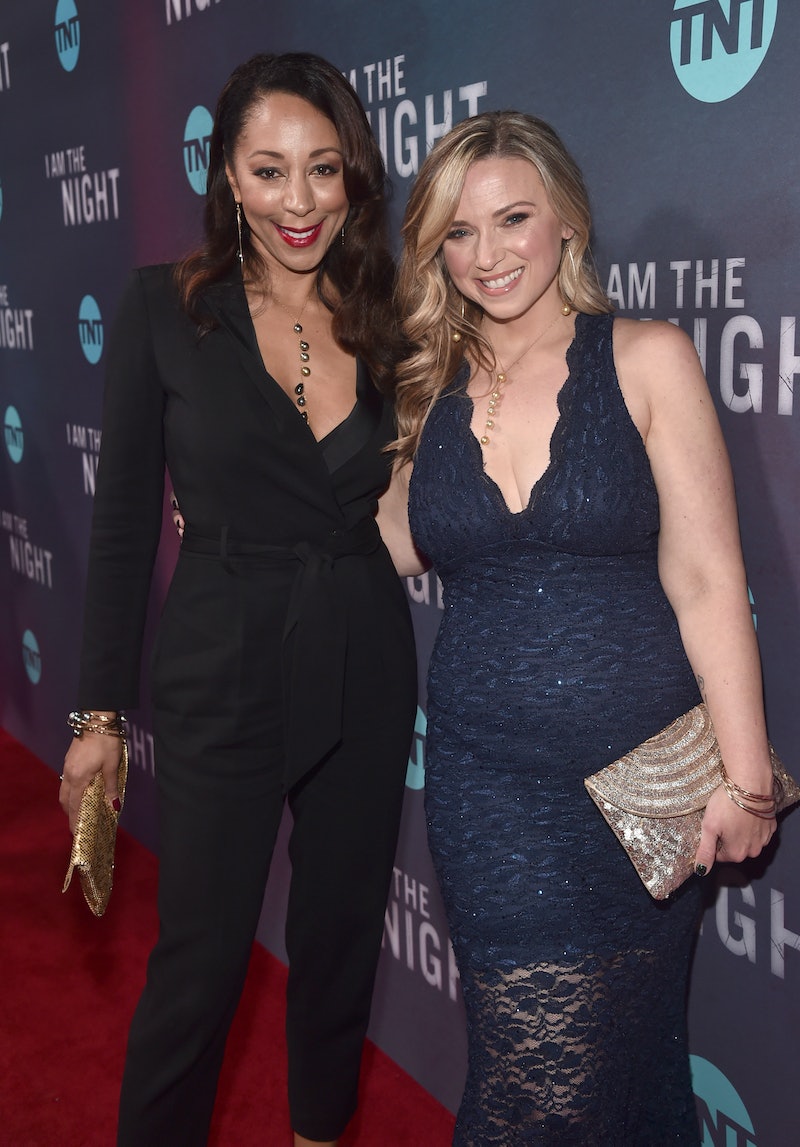 Fauna Hodel may have passed away before I Am the Night, TNT's adaptation of her 2008 memoir, made it to screen, but there are two key people who helped to ensure her story was done justice. Hodel's daughters, Yvette Gentile and Rasha Pecoraro, were heavily involved in the production of the series, and are now helming a companion podcast, Root of Evil, for the show. In it, Gentile and Pecoraro will reveal even more about their mother's story — as well as their family's alleged connection to the 1947 Black Dahlia murder.

As reported by The New York Times, Hodel's daughters were "granted generous access to the set during production" of I Am the Night. That's in large part due to the family's relationship with executive producer Patty Jenkins and her husband, series creator Sam Sheridan. Per the Times, Jenkins met Hodel in 2008 and remained close with her until her death in 2017. Hodel was able to read the script for the pilot, but Gentile and Pecoraro stepped in to work with Jenkins after their mother's death, according to Rolling Stone.

From Pecoraro's Instagram posts, it's clear to see how involved the sisters were on the set. (If you scroll through the below Instagram post, it also appears that Gentile had a small role in I Am the Night.) Both women have had brushes with the entertainment industry before, having previously worked as models, according to Culturs magazine. In addition, Pecoraro was on The Biggest Loser in the 2000s.

Although the sisters have different fathers, they are incredibly close. They grew up together in Hawaii, and also had a loving bond with their mother, which is highlighted on their social media pages. "Ohana [family] means everything," Gentile said, according to MEAWW. "Truth sees no color. You may come from evil, but you are not evil. You can overcome and be the love and be the light. That is who our mom was and that is what she instilled so deeply in Rasha and me. My mom was always all about finding and choosing your joy and finding your happiness."

The women are currently hosting Root of Evil together, which includes private letters, diary entries, and audio from Hodel. The podcast also features audio from old interviews with Hodel's biological mother Tamar (who died in 2015), as well as George Hodel's son Steve (Fauna's uncle), who has claimed his father was involved in the Black Dahlia murder. (As reported by The Guardian, George was a suspect in the 1947 killing, but was never charged in connection the murder.)

MEAWW also reported that Gentile and Pecoraro are working on a book together — just like their mom before them, who wrote her story in One Day She'll Darken. But for now, they are focused on I Am the Night and their accompanying podcast. As Gentile told MEAWW of the show, "For everybody involved, this is more than just a project. It's something so much deeper than we can even explain and it all comes down to the basis of love and identity and searching for our true self, and so many other things on top of that." The sisters have also said they're proud of how the miniseries turned out, telling Black Hollywood Live that the word "happy" is an "understatement" to describe their feelings about it.

The relationship Gentile and Pecoraro had with their mother and have with each other is truly moving, and it's a light worth keeping in mind as you watch the dark-toned I Am The Night.

Correction: A previous version of this article stated Gentile and Pecoraro moved around in the '90s to follow Gentile's modeling career. It has been updated to accurately reflect their upbringing in Honolulu, Hawaii.