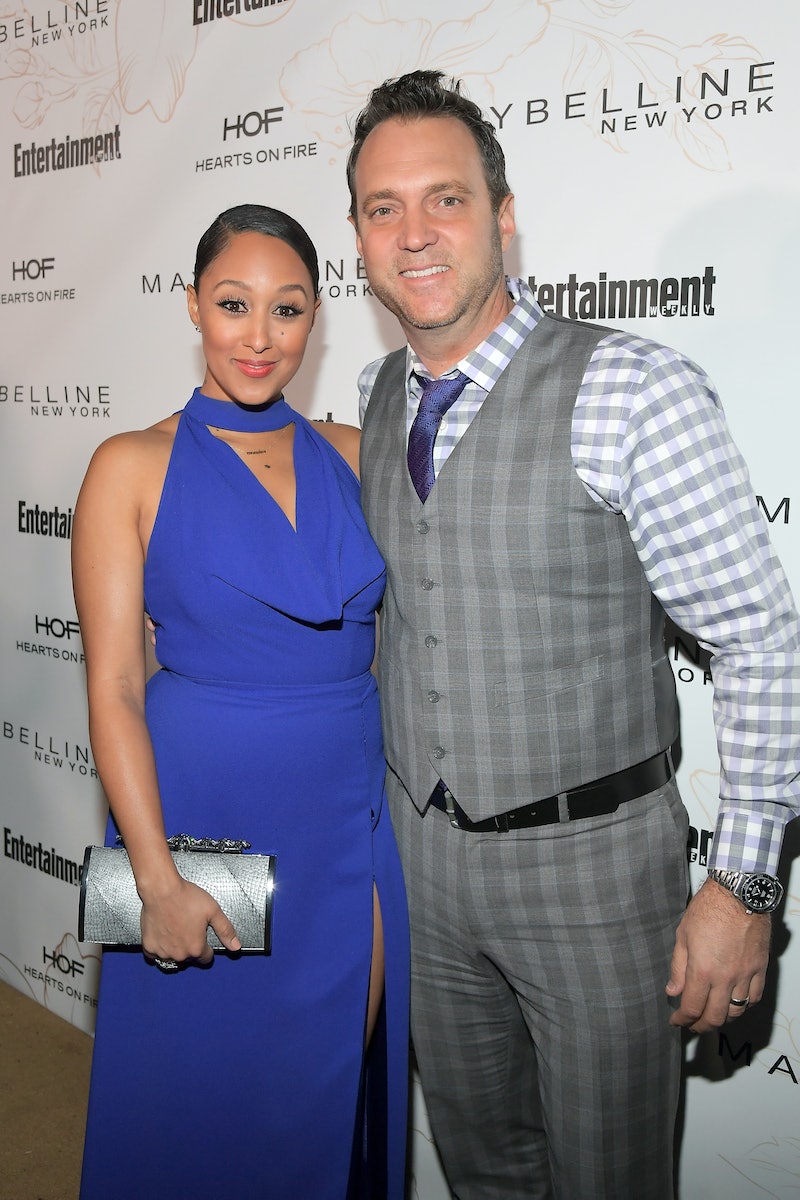 On late Wednesday evening, there was a mass shooting in Thousand Oaks, California at the Borderline Bar and Grill that left multiple injured and at least 12 people dead. And now, according to People, it's been confirmed that Tamera Mowry-Housley and Adam Housley's niece died after the horrific shooting as well.

In a statement to People on Thursday afternoon, Tamera and Adam said:

“Our hearts are broken. We just learned that our niece Alaina was one of the victims of last night’s shooting at Borderline bar in Thousand Oaks. Alaina was an incredible young woman with so much life ahead of her and we are devastated that her life was cut short in this manner. We thank everyone for your prayers and ask for privacy at this time.”

The news comes following reports about how the couple was asking for prayers and information anyone had about their niece Alaina Housley, who was reportedly at the country western-themed bar the night of the shooting.

On early Nov. 8, a Twitter user named Ashley tweeted photos of Alaina and asked, "My suitemate is still missing, she is wearing denim shorts, a blue flannel and sneakers, pls let me know if you know anything #Borderline." Prior to that, Ashley tweeted, "Pls pray for my residence hall, a handful of girls went to line dance tonight and they're not all accounted for."

Tamera responded to Ashley, "Ashely this is her aunt Tamera Mowry Housley. Can you please DM me your information?" Ashley responded, "I've been in contact with Adam, unfortunately there's nothing new to report at the moment." To that, Tamera answered, "Ok. Thank you. Is she the only one unaccounted for?" Ashley replied to Tamera, "Yes, all the other girls are safe." Later, the former Sister, Sister star tweeted about Alaina, "We haven’t found her yet. It’s been 7 hrs since the shooting."

Tamera's husband Adam also took to Twitter on Thursday and wrote, "Please pray if you believe....pray." After someone asked him for more details, he replied, "My niece. A beautiful soul."

As you can see below, early on Nov. 8, he told actor Holly Robinson Peete Alaina had not yet been located. He also tweeted, "Staying positive and praying and hoping and wishing there was more I could do."

According to Los Angeles Times reporter Andrea Castillo, Adam visited the Los Robles Regional Medical Center looking for Alaina. "A guard didn’t let him through, saying it [the hospital] was on lockdown," Castillo shared on Twitter. "He said Alaina, a Pepperdine freshman, was at the bar with several friends. Her Apple Watch and iPhone still showed her location on the dance floor."

"Housley said two of Alaina's suite mates jumped through a broken window to escape and are at a hospital with major glass wounds. As they ran away from the bar, someone screamed 'Hey! Get the [sic] down on the ground!' They told Housley they believe it was the gunman."

Castillo added, "But they kept running toward houses near Los Robles Greens golf course, where they got help from residents."

Adam told the Los Angeles Times earlier on Thursday, "My gut is saying she's inside the bar, dead. I’m hoping I’m wrong." Adam also wrote on Facebook, "I really don’t know what to say other than I love this girl with all my heart and I’d give my life right now for a miracle."

Tia Mowry, Tamera's twin sister, wrote on Twitter on Thursday, "Woke up shocked. Please pray. Please pray. I am numb." She also shared an Instagram photo of Alaina from her sister and Adam's wedding and wrote, "Alaina Housely we are praying. We love u! If you know anything or any information please let us know. We love you! "

It's devastating to find out that 18-year-old Alaina is among the victims of this tragedy. If you or anyone you know is looking for a loved one after the shooting, the Ventura County Sheriff's Office has set up a family assistance center in Thousand Oaks, per a tweet from Refinery29. You can reach the emergency hotline at 805-465-6650.

Also, here are other ways you can help those affected by the tragic event — ranging from donating to the victims and their families, to calling your congressperson.