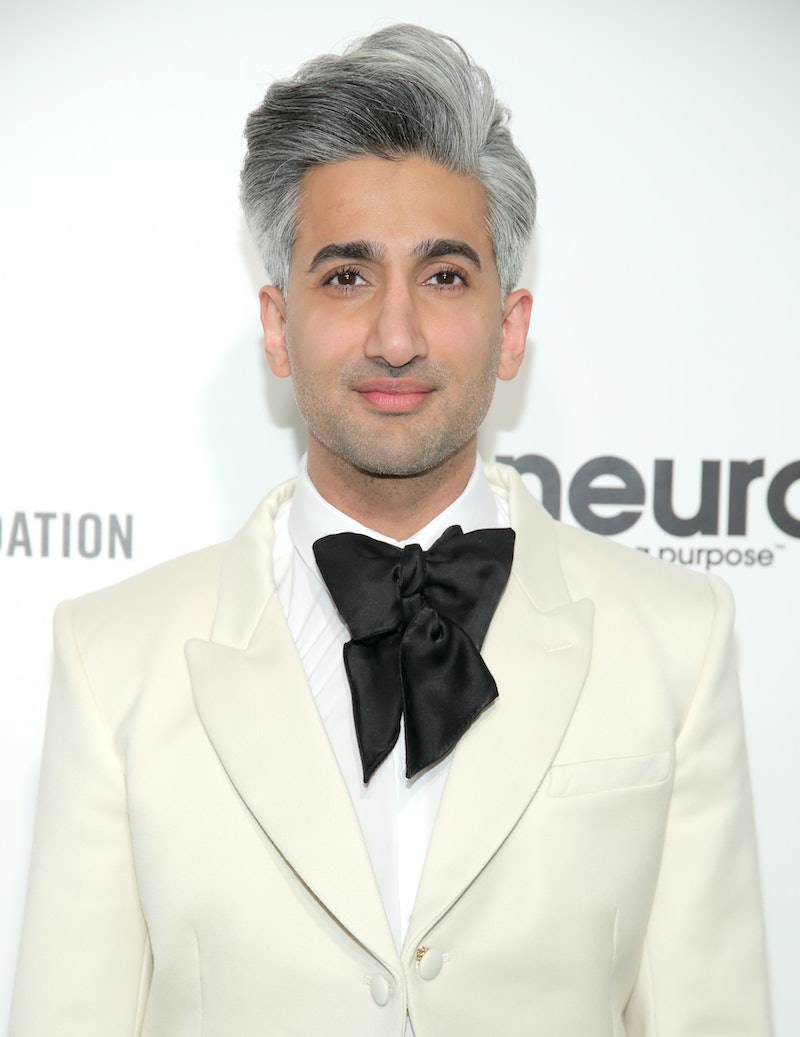 Four of the Fab Five are officially American citizens. On Tuesday, June 9, Queer Eye star Tan France revealed that he's officially a U.S. citizen in an Instagram post celebrating his "monumental" accomplishment after two decades of living in the country. The fashion expert shared the big news along with several photos from his oath ceremony, to which he wore an appropriately patriotic blue blazer with his white tee and jeans, while his husband, Rob France, coordinated with a blue sweater.

"A few minutes ago, I officially became an U.S citizen!!" France wrote on Instagram. "For me, this is monumental. It’s something I’ve been working towards for literally 20 years, which makes this all the more emotional." And now that France is officially a U.S. citizen, he's already planning to make his voice heard in the upcoming 2020 presidential election. "Now I will exercise my constitutional right as an American," France continued. "Today, I will register to vote, and vote for the change I wish to see in OUR nation."

All four of France's Queer Eye costars have shared messages of support and congratulations in the comments of his post. Jonathan Van Ness wrote that "there is no word or phrase I have strong enough to say how happy, proud, strong you are." He continued, "I have no words strong enough. Love you so much." Both Karamo Brown and Bobby Berk wrote that they were "so proud" of their friend, with the interior designer adding, "I love YOU."

Meanwhile, Antoni Porowski — who is Canadian — joked about his new status as the only non-American in the Fab Five. "I hope you realize you can no longer say things like 'you Americans always...'" Porowski wrote, prompting France to admit that it would be "the thing I'll miss most" about being a U.K. citizen.

France, who was born to Pakistani parents in Doncaster, England, fell in love with his new home state of Utah while working in fashion; according to The Guardian, he landed a job running a modest clothing line in Salt Lake City for two and a half years before his visa ran out. In 2008, he met his now-husband, Rob, during a trip back to Utah, and they dated long-distance until they decided to tie the knot in 2013 in the United States and settled in Salt Lake City.

"I went out to dinner ... and at the end of that meal, I said to my friend, 'I’m going to live here one day,'" France told the Salt Lake City Tribune in March 2018 about his decision to move to Utah. "I can see the mountains from this restaurant ... There are so many things that kept me here. And, most importantly, I found the most incredible friend group. So it truly is my favorite place on Earth."