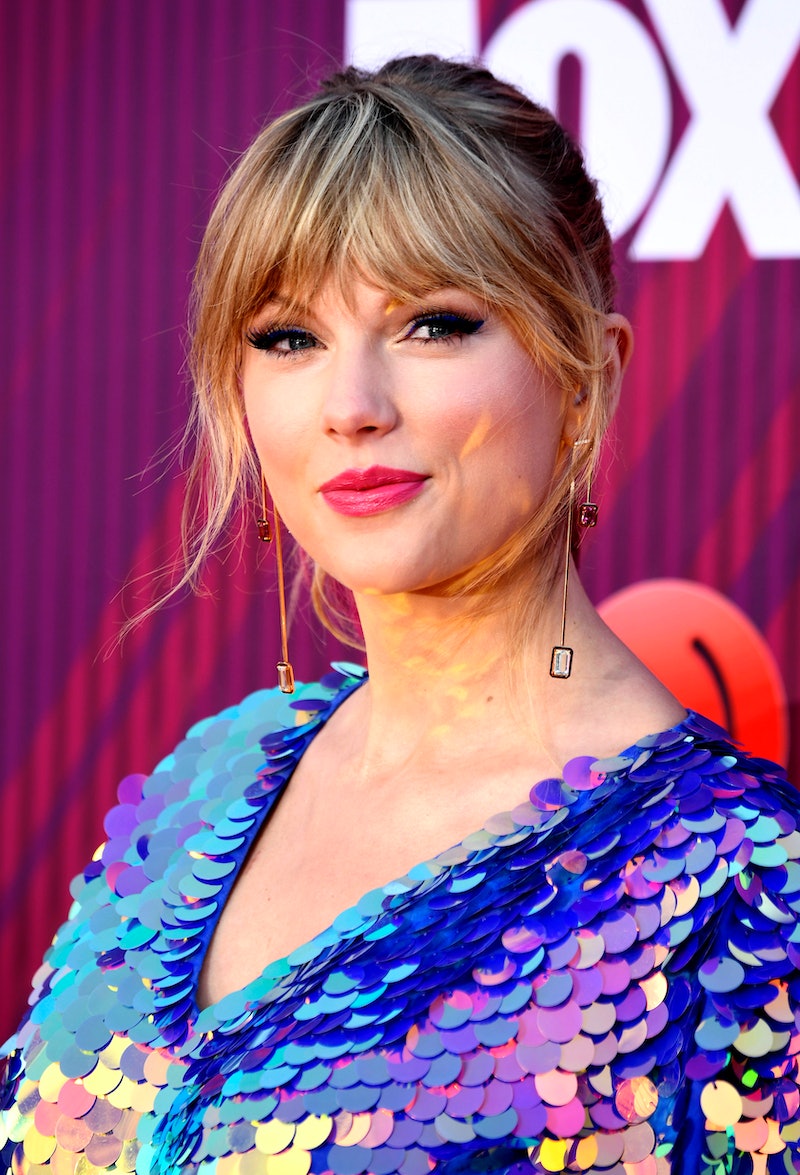 In the Reputation era of her music, Taylor Swift wasn't much for giving interviews. But less than a week after releasing her new single, "Me!", things have already changed, and she's speaking out about a very important topic. In a radio interview with The Zach Sang Show on Monday, Swift opened up about her mental health and how it affects her music, and her words are actually really relatable for anyone who knows what it's like to struggle with finding happiness in their own lives.

While talking about the process of keeping things "fresh" while she's making new music, Swift talked about the fact that she's had to take a break to make that happen, because to her, music feeling fresh isn't always a given. As fans know, there was a three-year gap between 1989 and Reputation — a longer period of time than Swift normally takes to put out a new album. According to her, it was because she really needed that time to take a step back for her own mental health.

"There have been times where I needed to take years off because I just felt exhausted, or I felt like, really low or really bad," she said.

Swift also shared that she has realized how fleeting happiness is because of those low times, so it's important to truly appreciate being happy when it happens. She also said that's one of the reasons she wanted to release an upbeat song like "Me!" — because it's the perfect song to play when you're feeling down. And, as she added, it's also the perfect song for her to play on stage when she's feeling down.

“One thing to always keep tabs on is the fact that we have to know that there is no ‘happily ever after’ where we’re just happy forever. Happiness is always going to be a struggle and a challenge that we have to try and meet. Self-worth is always going to be something, it’s a process of trying to get there. That's not naturally how we're going to feel all the time. Even in the moments where I'm feeling really, really low, I think it will be helpful when I get to go on stage and play this song and hear people singing it back to me."

Swift also said that although, in the past, she's struggled with feeling down while making an album, this time, she feels "energized" about her new music, which she says she's grateful for.

"It’s not something that I take for granted, that I feel this energized and this excited about this new music because now I know that’s not always how you feel," she said. "Sometimes you can just feel really scared of everything, and so I’m very, very conscious of how I do feel about this new music and how there’s such excitement surrounding it.”

The bad news? Swift didn't happen to share when fans will get to hear all this new music just yet, but hopefully, that news is coming. In the meantime, it's good to hear her opening up about mental health. We all have ups and downs like the ones Swift talked about, and like she said, it's important to embrace those happy moments when they come.