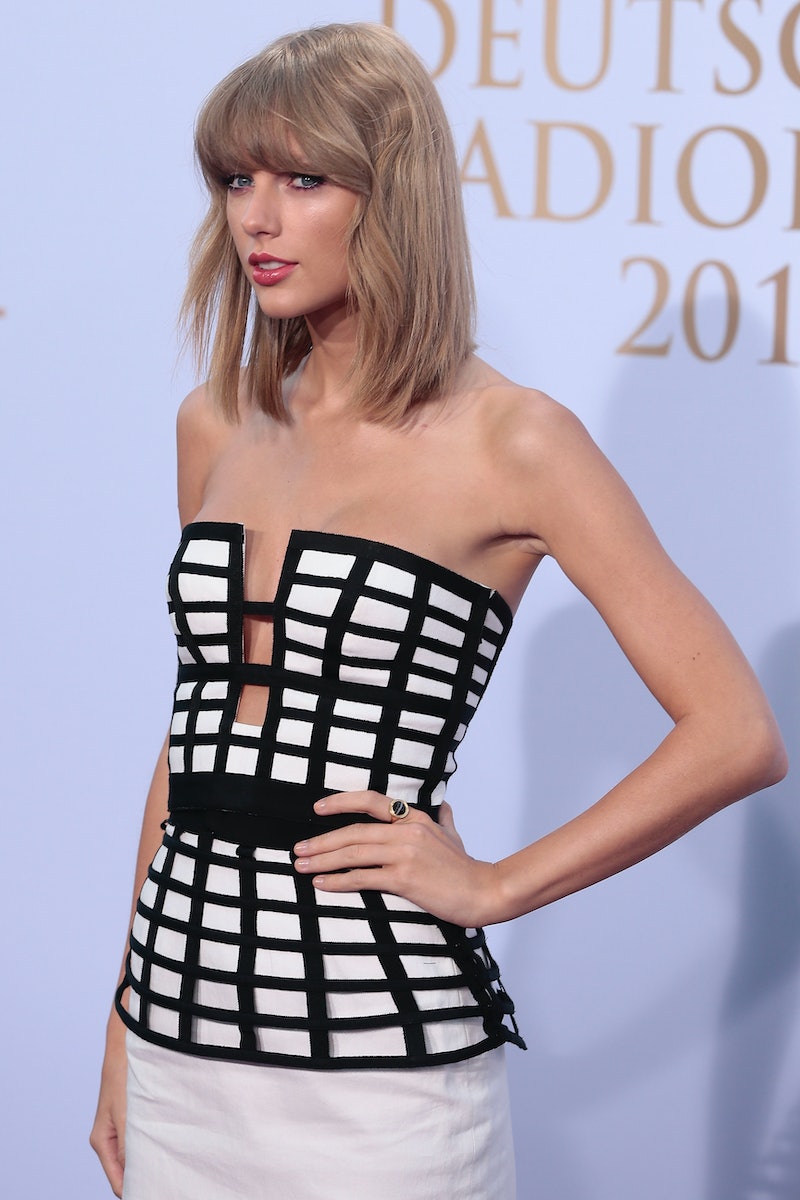 All the rumors you've been hearing are true: Taylor Swift announced a new album, due Nov. 10, and the first single will drop on Thursday night. The album title is Reputation, so it seems those snake videos were really about her, well, reputation. And if you're one of the people she's throwing shade at by implying that you're a sneaky little snake, you better prepare yourself. All eyes had been on the pop star since Friday, when Swift unexpectedly erased her social media. One by one and with zero fanfare, every single one of the 27-year-old's tweets and Instagram photos disappeared from the internet. And her fan base was left rapt, wondering what was coming next.

And now, finally, they have their answer. Worried fans had wondered if the move signaled a retreat from the spotlight, or even a meltdown. But the most optimistic among them had their fingers crossed for a new album, which had been rumored since late 2016. And months after the rumors, and years after 1989's release in 2014, that optimism has finally paid off. Swift returned to Instagram this week in a blaze of glory with a mysterious clip of a snake on Monday. She followed that up with similarly cryptic videos each of the next two days, and finally filled us in on her full plan on Wednesday, when she posted three much more informative posts.

The first post promised the aforementioned single, which will drop on Thursday, the second revea what seems to be the cover art for Reputation, and the third was the announcement of the album release itself.

So finally, fans have some answers, but more importantly, they have the singer herself back. It wasn't like her to vanish like that without warning, so many are relieved that the drastic move was for promotion. And now that there's a new album to look forward to in November and Swift's social media will likely go back to normal, all feels right in the world of pop music.