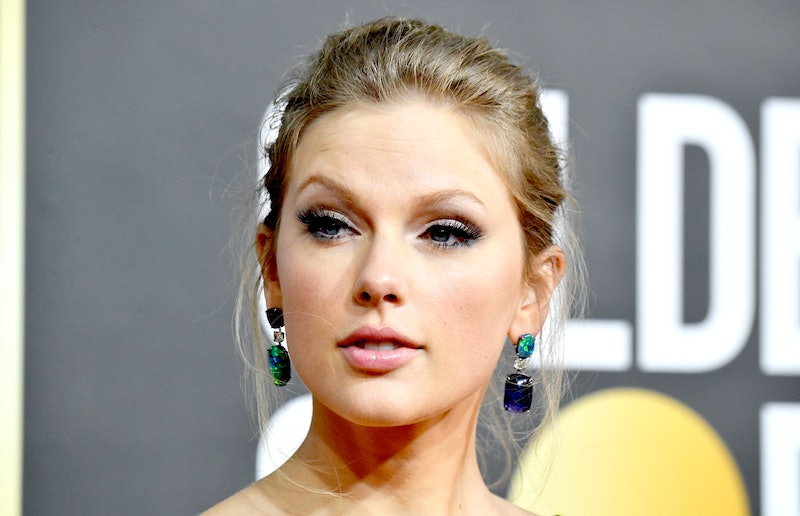 In a tweet that touched on white supremacy and racism, Taylor Swift called out Donald Trump’s tweet that threatened violence on protestors. Following the nationwide protests over the death of George Floyd, a black man who died while pinned under a white police officer in Minneapolis, Trump tweeted a message on May 28 that has since been hidden by Twitter behind a warning label for glorifying violence. In the still accessible tweet, Trump called the protestors "thugs" and said he has informed Minnesota Gov. Tim Walz that the military is “with him all the way.” The former reality TV star tweeted, “Any difficulty and we will assume control but, when the looting starts, the shooting starts.”

Swift condemned Trump’s message of violence on Twitter the following morning. “After stoking the fires of white supremacy and racism your entire presidency, you have the nerve to feign moral superiority before threatening violence?” the “Lover” singer tweeted on May 29. “‘When the looting starts the shooting starts’??? We will vote you out in November.” Swift’s response prompted supportive replies from other public figures. The Politician’s Ben Platt tweeted, “f*ck yeah.” Figure skater Adam Rippon replied, “WE WILL VOTE HIM OUT,” while Queer Eye’s Bobby Berk added, “So proud of you.”

The pop star joins a chorus of other notable celebrities and public figures to speak out about the circumstances surrounding Floyd’s death and support the protests. Kerry Washington, Tracee Ellis Ross, Chris Evans, Ava DuVernay, Kumail Nanjiani, Dan Levy, Cardi B, and more have taken to social media to speak out against police brutality. On Twitter, DuVernay shared a clip of a CNN journalist getting arrested while covering the Minneapolis protest and wrote, “My eyes welled with tears viewing this. It shows a turning point in the war that Trump is waging. That’s not hyperbole.”

Meanwhile, Evans tweeted a reminder that this injustice is not new, writing in part, "If you’re shocked, you haven’t been paying attention;" and Nanjiani urged authorities to "charge the murderers."

The celebrity tweets come after protests across Minneapolis, Los Angeles, Ohio, and Arizona have been organized over Floyd's death. While the four police officers involved have been fired from their jobs, Floyd's family and protestors are demanding that they be charged with murder. The FBI and Department of Justice announced on May 28 that they have "made the investigation a top priority.” On Friday afternoon, Derek Chauvin, the officer who knelt on Floyd's neck until he died, was arrested and charged with murder.

More like this
The Ticketmaster Senate Hearing & Taylor Swift Tickets Debacle, Explained
By Jake Viswanath
Man Meets Politics: ‘Boy Meets World’ Star Ben Savage Is Running For Congress
By Jake Viswanath
Twitter Is In Awe Of Taylor Swift’s “Lavender Haze” Music Video
By Jake Viswanath
Jennifer Coolidge Hunted For Jewels & Lashes In J.Lo’s Hotel Room
By Jake Viswanath
Get Even More From Bustle — Sign Up For The Newsletter
From hair trends to relationship advice, our daily newsletter has everything you need to sound like a person who’s on TikTok, even if you aren’t.