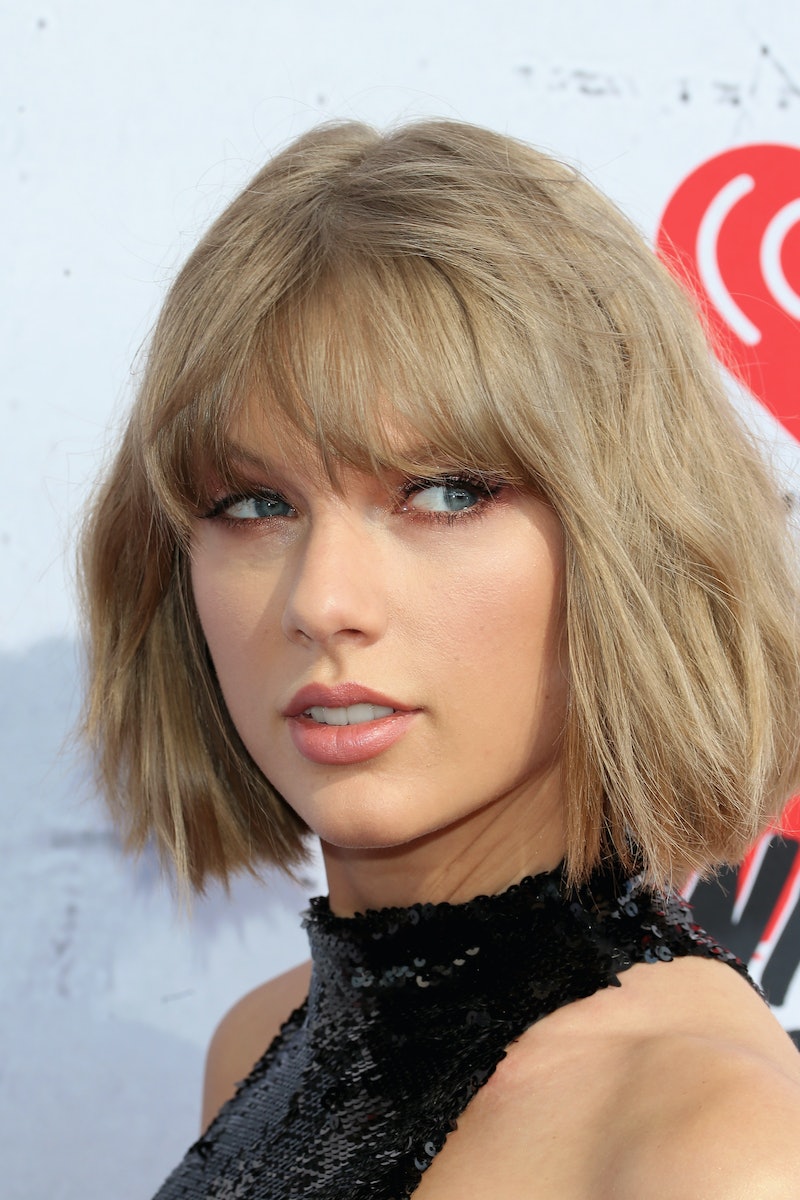 I am always proud to be a woman, but over the weekend, my pride grew tenfold. On Saturday, Jan. 21, more than 3 million women marched in Women's Marches across the country, protesting the presidential election and the changes Donald Trump wants to make now that he's officially the President of the United States. Several celebrities showed up with signs in hand, but a certain famous feminist was missing from the day's events. Taylor Swift didn't go to the women's march and some fans are upset about it.

To understand why fans are pissed off, you have to first know what Swift did rather than get out there and march. Even though she was noticeably absent from the protests, Swift still shared a tweet about how much she respects the women who did get out there to make their voices heard. And a lot of fans appreciated this: The tweet got over 150K likes. It's nice that she acknowledged the massive movement that is happening and all, but for a lot of fans, just talking about it isn't enough. They were looking for action, especially since she's been talking about feminism a lot more frequently over the past few years.

Here's what she tweeted:

It's cool that she decided to tweet about the march, but some fans were disappointed that she didn't decide to join it herself. Obviously, there are a lot of different opinions on this subject, but, basically, some fans wanted to see (and have wanted to see) Swift participate in politics in a way that is more involved.

I'm a longtime Taylor Swift fan — one so passionate that I rarely agree when other people criticize her, but I am agreeing in this case. How incredible would it have been if Swift, as a self-proclaimed feminist, showed up to that march alongside some of her friends who did go, like Lena Dunham? That show of solidarity with her fellow women would have been a great example for her to set for her younger fans.

Of course, there could be any reason that Swift was absent. She could have had a scheduling conflict and needed to be somewhere else. But some of the frustration from fans could stem from the fact that she's remained notoriously politically neutral over the course of her career — at least publicly. Instead, she often chooses to support the causes she cares about in private, like when she quietly sent Kesha money to help with her legal bills rather than speak out about the case stemming from her claims of sexual assault.

But the Women's March would have been the perfect time for her to break that pattern and finally speak up, especially since so many of her peers have been doing the same since long before election day. Obviously, her political affiliations are her business, but if she is truly a feminist, if she is against the things Trump has said about women, and if she wants equality, marching would have been a stronger statement than a tweet.

Standing up for your beliefs isn't easy — if it was, a lot more people would do it. My hope is that in the future, Swift will get a little more openly involved politically. With her giant platform, she could make a huge impact.