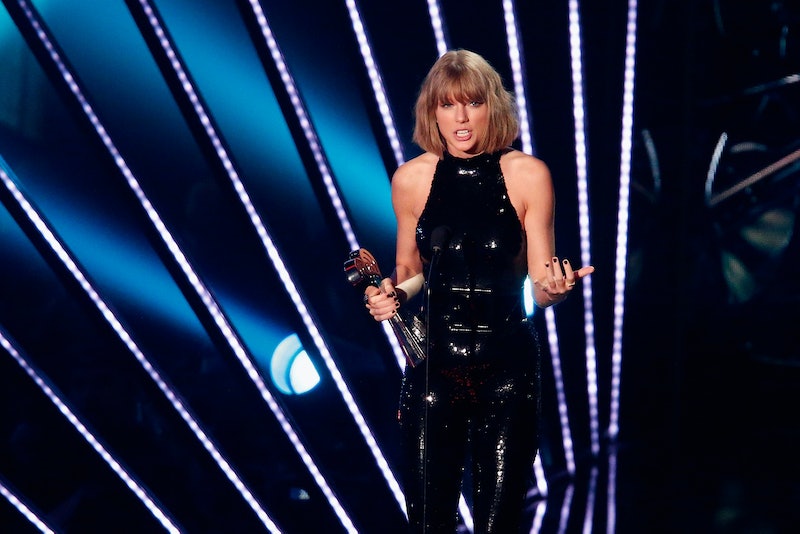 The old Taylor Swift may be gone, but fans seem to be adjusting just fine. The worldwide megastar now-famously proclaimed in the first single from her new album, Reputation, that the "old Taylor" was dead, as she unveiled a darker, edgier style of music than she had previously been known for. After Swift released the album's second single over the weekend, "Ready For It" GIFs and reactions showed fans absolutely loving the new Taylor.

Even without a video, "Ready For It" created buzz. Reactions to the song's audio ranged from shock over Swift's rapping to anticipation for more from the new album.

Swift's rapping skills in "Ready For It" earned her a lot of attention.

Taylor's talents can collectively be known as slaying.

"Ready For It" clearly referenced some of Swift's famous exes.

It's hard to believe the full album doesn't come out until November.

Raise your hand if you're never getting tired of this song.

Which side are you on?

The old Taylor is officially gone.

Keep calm and listen to "Ready For It."

The old Taylor may be gone, but she left behind a new Taylor that is pleasing fans worldwide. Reputation is due out Nov. 10. Until then, fans will have to get by listening to "Ready For It" and "Look What You Made Me Do" on repeat.