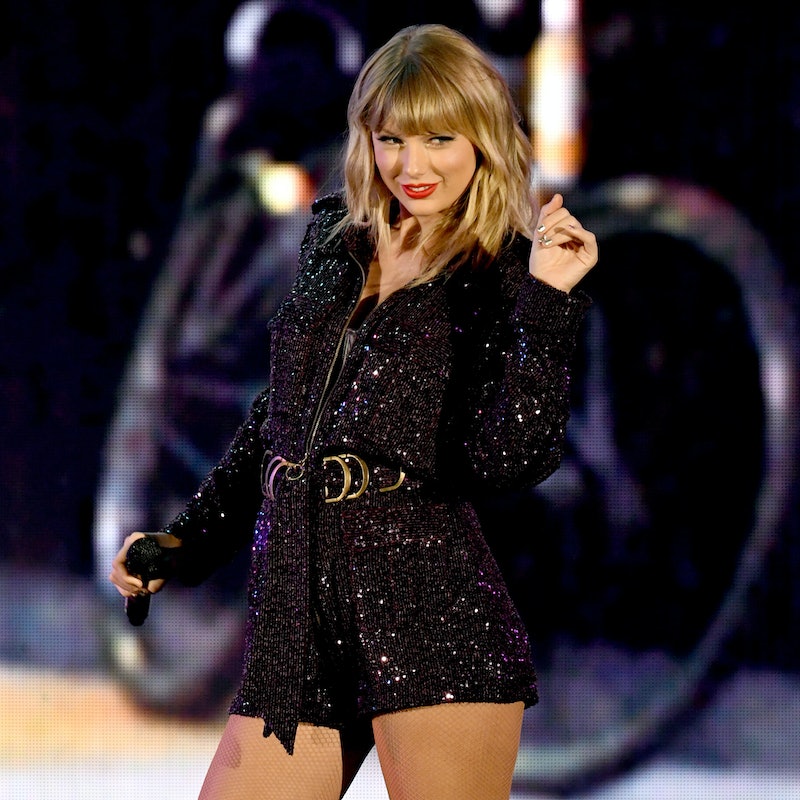 Swifties officially have another reason not to calm down anytime soon. On Wednesday, the American Music Awards announced that Taylor Swift will receive the AMA's Artist of the Decade award at the 2019 ceremony on Nov. 24. The official account for the award show shared the news on Twitter, while noting Swift has won more AMAs than any other artist this decade.

In addition to receiving the major honor on the big night, Swift is also nominated for five AMAs this year, tying Ariana Grande, Post Malone, and Halsey for the most nods. She also has the chance to break Michael Jackson's record for the most AMA wins of all time, after earning her 23rd trophy last year. Swift currently holds the record for the most awarded female in AMAs history, after winning Artist of the Year in 2018. She's up for Artist of the Year this year as well.

The American Music Awards have always had a special significance to Swift; in 2018, hot off the heels of her record-breaking Reputation World Tour, Swift gave her first awards show performance after taking an extended break from the spotlight. Swift also teased the release of her seventh studio album Lover during her acceptance speeches, in which she let fans know that a new "chapter" was coming.

During her Artist of the Year acceptance speech in 2018, Swift explained how much her AMA wins mean to her, as they are voted for by the fans. "I understand how lucky I am to have anyone that cares about me or my music," Swift said onstage. "Every time that you have made me lucky enough to ever get to stand on a stage and have something really sparkly in my hands and say thank you, every single time this happens, it means something differently to me."

She continued, "This time, it represents encouragement and motivation for me to be better, work harder and make you guys proud as much as I possibly can." In a press release obtained by Entertainment Weekly, the AMAs also announced that Swift will give a nod to her decade-long relationship with her fans with an "unprecedented awards show performance celebrating the biggest hits of her career."

While it's unclear which of her biggest hits Swift will choose, the performance may give fans a look at what they can expect from her upcoming new recordings of her masters. In August, the singer told CBS Sunday Morning that she "absolutely" plans to rerecord her past catalog in response to Scooter Braun's June acquisition of Big Machine Records and the masters to Swift's first six studio albums.

"When I left my masters in [label president Scott Borchetta]’s hands, I made peace with the fact that eventually he would sell them," Swift, wrote in an open letter on Tumblr on June 30 about the deal between Big Machine and Braun. "Never in my worst nightmares did I imagine the buyer would be Scooter. Any time Scott Borchetta has heard the words 'Scooter Braun' escape my lips, it was when I was either crying or trying not to. He knew what he was doing; they both did." Her condemnation of the deal led to a major discussion within the music industry about artists owning their masters and the process they must undergo to do so.

Whether Swift uses her AMAs performance to showcase new versions of her iconic singles or simply focus on giving Lover the live treatment, her impact on the music industry over the past 13 years shows there's nobody more deserving of being named the Artist of the Decade.