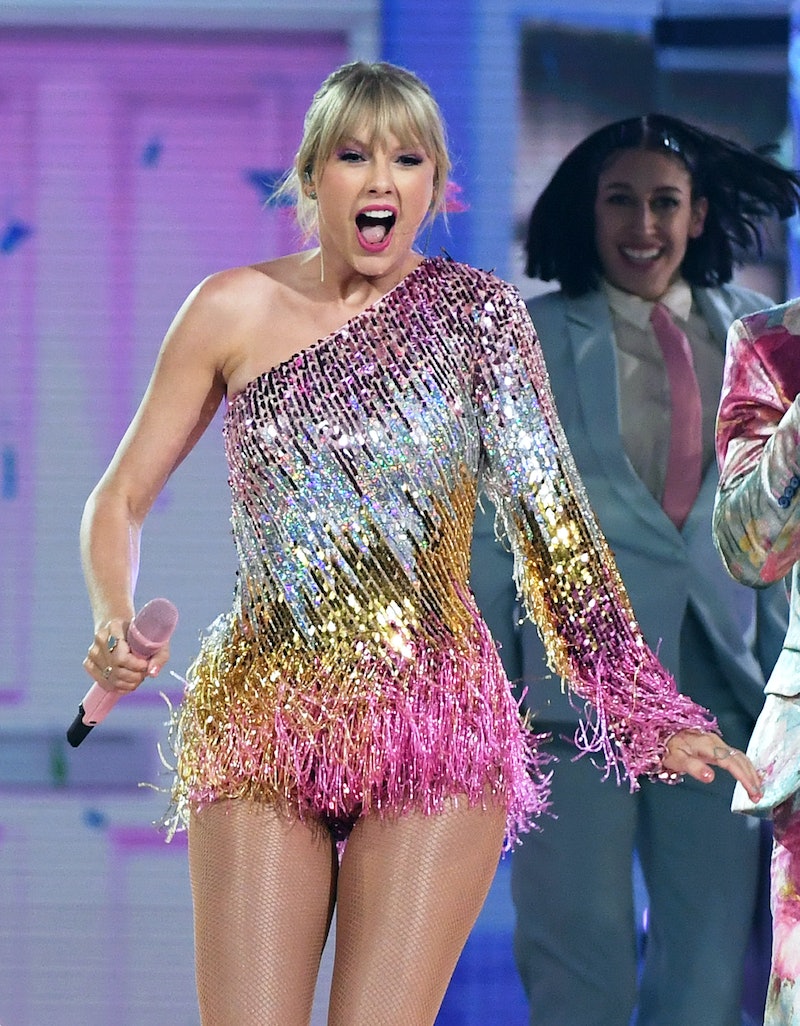 This is sure to be one epic surfboard. When Taylor Swift receives the 2019 Teen Choice Icon Award, she will be the first artist to ever get one. Ever. As her Swifties have known all along, the distinction is one that is beyond well deserved, and Fox, which will air the live ceremony on Sunday, Aug. 11 at 8 p.m. ET, agrees.

"As one of the best-selling music artists of all time, with more than 50 million albums sold, Taylor Swift is a pop culture icon whose accolades and achievements go beyond topping music charts and selling out stadiums worldwide," a network rep wrote in a July 25 press release. "Swift is also one of today's biggest social influencers, using her voice and platform to inspire and create positive change."

Of course, Swift won't be the only beloved pop star (or stars) going home with a major honor. This Year, the Jonas Brothers will receive the Teen Choice Decade Award, which, according to Fox, "celebrates the group’s evolution over the past ten years."

The fanfare, of course, will precede the hotly anticipated Aug. 23 release of Swift's new album, Lover, which will include more songs than any of her previous six studio albums. As the ten-time Grammy winner revealed during a June 13 Instagram livestream, Lover's 18 tracks will have a "romantic gaze" of sorts.

“There’s a lot of a lot on this album,” she shared with Entertainment Weekly in May. “I’m trying to convey an emotional spectrum. I definitely don’t wanna have too much of one thing…. You get some joyful songs and you get the bops, as they say.” There’s also, she added, some “really, really, really, really sad songs,” but “not enough to where you need to worry about me.”

Generally speaking, Swift says she struck a more, well, delicate cord on Lover, which will have a much different vibe than 2017's reputation. She added:

On July 23, fans got their third piece of the Lover puzzle with the surprise drop of a new Swift song, "The Archer." In an Instagram Live session that day, the singer explained that the emotional tune is not a single, but rather a pre-album release gift to fans. And any true Swiftie would the significance of the fact that "The Archer" is Lover's Track 5.

Not sure what that means? Swift had you covered with an explanation during the fan livestream: "Track 5 is kind of a tradition that really started with you guys because, I didn't realize that I was doing this, but as I was making albums, I was instinctively putting very vulnerable, personal, honest, emotional songs as track 5."

With much more content just around the corner, Swift will surely continue to prove exactly why she was the perfect choice for the very first Teen Choice Icon Award.

More like this
Taylor Swift & Her Mom Clap Back Against The “Shake It Off” Plagiarism Lawsuit
By Jake Viswanath
Twitter Is At Odds Over Taylor Swift’s Possible ‘All Too Well’ Oscar Run
By Brad Witter
Lauv Is No Stranger To Taylor Swift, Drake, Ed Sheeran, & Fame
By Alyssa Lapid
Gabby & Rachel Reveal How That 'Bachelorette' Rose Ceremony Twist Happened
By Grace Wehniainen
Get Even More From Bustle — Sign Up For The Newsletter