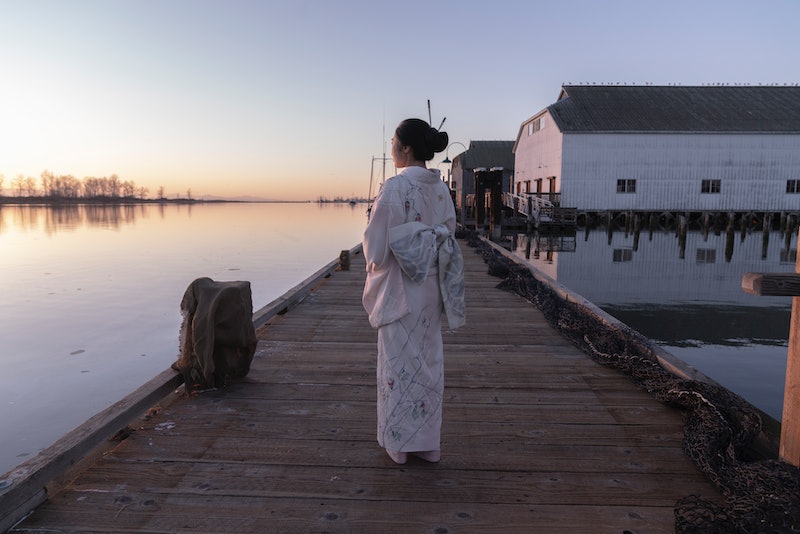 While there are ghosts and supernatural beings a-plenty in The Terror: Infamy, the show makes no mistake that the true terror it's depicting is Japanese-American internment camps. Most of the characters on Infamy know each other from their life spent on Terminal Island, a real location and a once-bustling community. In fact, the show's first episode takes place almost entirely on Terminal Island, showing the day-to-day lives of Infamy's characters before Pearl Harbor occurs and upends the community. Just as it is depicted in the show, the adult males of Terminal Island were removed from the Island and jailed following the bombing, per SanPedro.com, and the remaining residents were forced to evacuate in February of 1942 and interned.

Prior to Pearl Harbor, Terminal Island had been the keystone in America's growing canned tuna industry. According to Los Angeles Conservancy, Japanese fishermen settled on the island at the turn of the century and used their fishing expertise gleaned from training in Wakayama, Japan — still one of the country's premiere tuna fishing locations – to turn the then-budding effort of canning tuna into big business. By 1917, Terminal Island was regarded as one of the most efficient fishing communities in America, if not the world, and an entire community of people of Japanese heritage built itself up around the fishing industry, constructing stores, Buddhist temples, a Shinto shrine, a bank, and a school among other indicators of a full-fledged cultural ecosystem.

Executive Order 9066 and the accompanying internment affected 117,000 Japanese people, many of whom were American-born, and completely devastated Terminal Island. Huffington Post says the houses on Terminal Island were eventually razed by the government. Today, Terminal Island still hosts canneries and shipyards, as well as a Federal Correctional Institution, but the only remnants of the community that once flourished there are a memorial dedicated by the living survivors of internment and a pair of desolate buildings, per Curbed.

While the memory of the community that helped Terminal Island prosper may not live on in geography, the existence of The Terror: Infamy allows that community to be celebrated and honored once again. The show's existence also serves to educate new generations as to just what was lost as a result of Executive Order 9066 — and could make people wonder just what cultures and communities are being lost in modern-day America as more ethnic minorities are being forcibly removed from their homes. The Terminal Island that many people built their life around is gone, and a tragic reminder of the consequences that result from imprisoning people en masse as a result of their race.