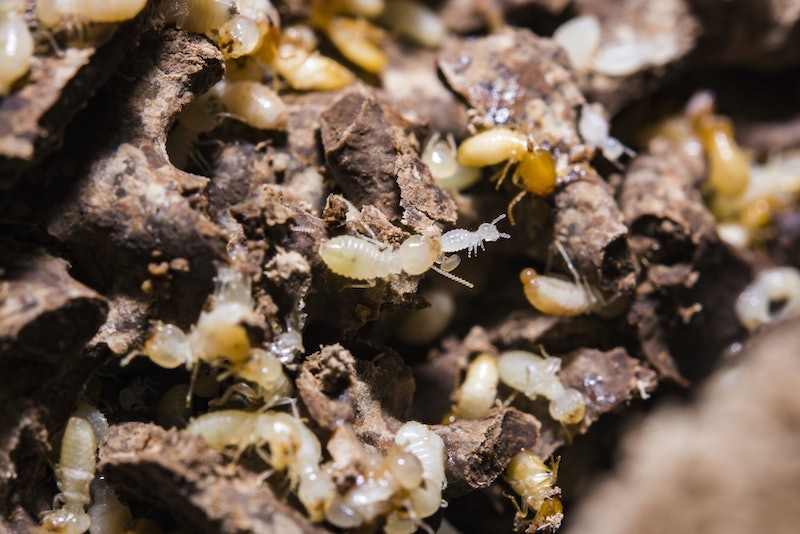 It turns out that termites, just like the Pussycat Dolls, don’t need a man. A new study published in BMC Biology found that some termite colonies are capable of thriving and reproducing without males under certain ecological conditions. Basically, this is real life evidence in the animal kingdom that males might not be required to reproduce and maintain some advanced animal populations.

For almost every animal species, sexual reproduction with both male and female participants is the norm. So far, science has only documented a total loss of males from “advanced social animal lineages" in ants and honey bees. Both insects’ workers are always female, while their males exhibit “no helping behaviors even in normal sexual species,” explains the study.

These asexual termites aren’t a new development — after pinpointing a single evolutionary origin of the asexual populations, researchers estimated that the populations diverged from the sexual populations a whopping 14 million years ago. If that’s not admirable, I don’t know what is. Interestingly, there’s a long history of female insects not getting the recognition they deserve. As The New Yorker reported, the general consensus in the 1670s was that bee “kings” ruled hives, not “queens,” until Dutch microscopist Jan Swammerdam pointed out that the “kings” had ovaries.

This new study clearly demonstrates a need to re-examine the humble termite.

In a Mad Max-esque twist, the asexual colonies’ all-female soldier caste actually requires fewer termites. The band of all-female soldiers are structurally uniform since they’re all the same sex, and the scientists hypothesize that the asexual colonies need fewer soldiers because of “increased defensive efficiencies” due to this uniformity. The all-female army’s mighty defensive power may be key to the spread of the asexual lineage, the researchers explain. The asexual colonies are a living demonstration of how mixed-sex societies where males played an active social role can eventually evolve into completely asexual social lineages, providing evidence that males are “dispensable,” at least for termites.

As The New York Times pointed out, “termites are the unloved freaks of the social insect world.” We like bees because they give us honey and the ant is lauded for its industrious nature, yet termites get a bad rep for occasionally snacking on houses. Between 2000 and 2013, The Guardian wrote that of the 6,373 scientific papers published about termites, nearly half revolved around how to kill them. This new study clearly demonstrates a need to re-examine the humble termite. If we can dress up little kids in bumblebee and ladybug outfits for Halloween and call it cute, it's time we give these underrated feminist heroes of the insect world the same treatment.