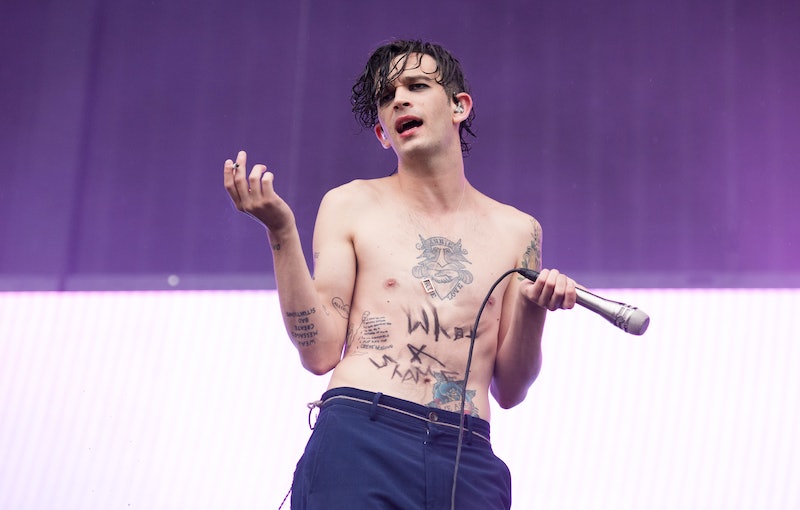 There's nothing that guarantees fame quite like controversy. That might be why someone like Kanye West has made most of 2018's headlines, or why The 1975 could be one of the most talked about bands at the moment. Every once in a while, there comes that music act who everyone seems to have an opinion on. You probably have a pretty strong one on The 1975 yourself. Their fans and their haters seem to have similarly passionate feelings towards the band, and it's got me thinking. I want to know, why is opinion so divided on The 1975?

Back when they released their boppy self titled debut album in 2013, The Independent on Sunday wrote that they were the "Gary Barlow idea of what indie music sounds like." While back then, the band seemed to be more into hooks than Hemingway, they've since got a lot more heady.

In my opinion, there's no denying that The 1975 is now a precocious band. You'll either find that straight up charming or just annoying. The title of their upcoming album A Brief Inquiry Into Online Relationships is indicator enough. But you can't say that they're not ambitious. When they released the single "Love It If We Made It' back in July — a song with a pinwheel of references to the likes of Trump, Syrian refugees, Lil Peep — it was hailed by one tweeter (with 700 likes) as "We Didn't Start The Fire" for millennials.

But for some, that high ambition fails. Like Crack Magazine, who named The 1975 their worst album of 2013, calling it, "a sickly blend of 2007-era anthemic landfill indie for the kind of Kings Of Leon fan who believes that Sex On Fire is by far their finest work." But it's that kind of uppityness that The 1975 and their fans are combatting against. After all, as frontman Matt Healy sings in the band's recent single, "Sincerity Is Scary," that's what the band is all about. They're not here to appeal to hipsters.

They don't appeal to the Guns 'n' Roses dad rock you grew up listening to, either. Another demographic of audiophiles who don't seem too keen on The 1975 are the rock traditionalists. In a profile with the band back in October, the New York Times music critic Joe Coscarelli wrote that "the 1975 mixes pop, R&B and hip-hop influences in an effort to push a staid genre forward." By staid genre, he means rock music — at least that's how the band themselves see it.

The 1975 are the rock band who are purposely trying to change the genre. “The days of being a rock star without any kind of self-awareness are dead," Healy told Rolling Stone in an interview from Sept. 22, 2016. So, if you can't get past your Gene Simmons and your Ozzy Osbournes, Matt Healy might not be the frontman for you. But to a new generation of music lovers and streamers, The 1975 might well be one of the most essential band on the planet.