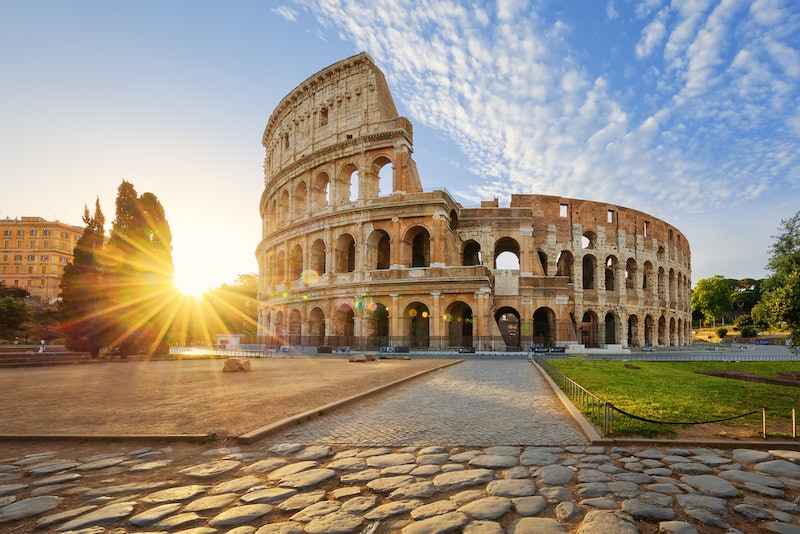 It probably isn't too shocking to hear that the most Googled vacation destination of 2018 was Italy, according to Google's Year In Search. The country is known for its fantastic food (pasta! Pizza! Gelato!), interesting historical monuments (like the Colosseum in Rome), incredible artwork (you can see the original David statue in Florence), and generally wonderful weather. There also seems to be something for everyone. If you want to explore a city, you can visit Rome. Want a beach vacation? Head to Southern Italy, to the popular Amalfi Coast. Looking to drink wine and chill out? Go to Tuscany and Lake Como. The country offers so much, and a visit there is always worth it. The only problem? While it's not the most expensive place to travel to, it also isn't cheap, and that's why it's helpful to know the best time to book your vacation there.

Summertime, from June through August, is probably the worst time to go to Italy. While the temperatures are warmer, it's always going to be more crowded with tourists no matter what region you travel to — and more expensive. This means that not only will you have to wait on very long lines and stand in packed museums, but you'll also be paying more for just about everything, from airfare to hotels to tourist attractions.

The best time to visit Italy can depend on where you want to go. If you want to go to the Southern coast to be by the beach, you'll want to go when it's warmer out and avoid the winter. The summer is, of course, the warmest time, but your best bet is to visit during early spring or late fall — aka, from March to April, or October to November, according to Travel + Leisure. The temperatures will still be warm enough to enjoy the water, it won't be too hot, the prices will be lower, and the crowds will be more manageable.

If you want to go to Rome or Florence, you might want to consider visiting during the winter, from January through March or early April. The weather is not as hot (which is a good thing!), and it rarely gets that cold. There are occasional rain storms, but the smaller crowds and cheaper prices all around make it worth it.

If you're looking to save money more than you're looking to avoid crowds, go during the low season, which is December through February (except around Carnival) and the month of August. Winter is the slowest time, and the cheapest. August is also considered to be part of the low season by many, because, according to Santorini Dave, much of the country goes on vacation during the month, which means a lot of things are true. The second half of the month is usually pretty dead.

If you still want great weather, but you also want less crowds and don't mind paying a little more, travel during April to early June or September and October no matter where you're going. The weather will be lovely, and the crowds will be a little less intense.

As for airfare, CheapAir says that the cheapest airline tickets to Europe are bought, on average, about 160 days before departure. The best days to travel include Mondays, July is the most expensive month, and March is the cheapest for airfare.