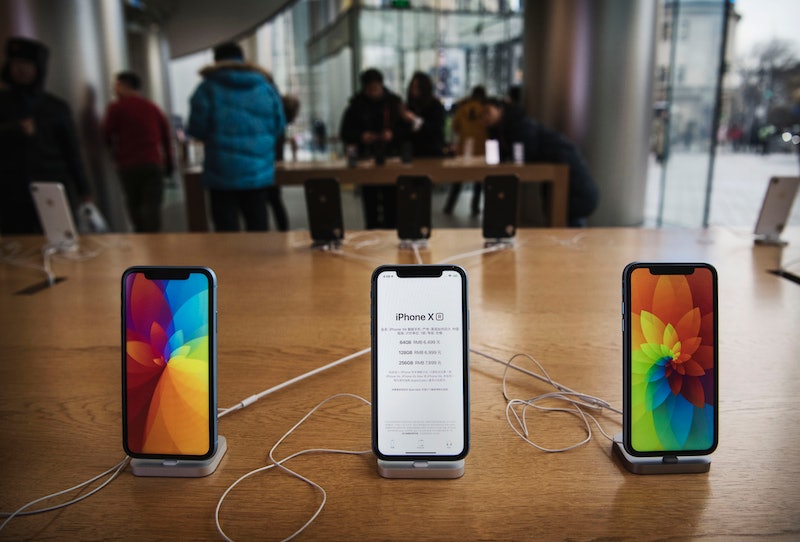 An update some were expecting the new generation of iPhones to have is rumored to not be happening. According to 9 to 5 Mac, the 2019 iPhone will likely have a lightning port, as usual, rather than changing to a USB-C port. The original report comes from a Japanese Mac blog called Macotakara, which notes that it is a "rumor."

9 to 5 Mac explains that, according to Macotakara, Apple will likely keep the lightning port and continue to include a 5W charger and a USB-A to lightning cable with the new phones. Reportedly, this is to save on the costs involved in changing to a new configuration. Macotakara contributes their report to "certain people connected with the accessory manufacturers," and goes on to explain, "Those connected with the accessory manufacturers predict that the possibility that the next generation iPhone USB-C connector will be adapted is becoming low."

Mashable notes that most non-iPhone smartphones now use USB-C ports for charging and transferring data, and other Apple products, such as new iPad Pros and Macbooks also use USB-C. If iPhones were to start using USB-C, it would make them more compatible with other Apple technology without the need to use converters.

According to The Verge, a bigger issue than compatibility might be that Apple is reportedly keeping the same 5W charger, because it charges slower than other technology that is available. As 9 to 5 Mac points out, the internal batteries on the phones have been getting bigger, which means users notice when it takes longer for their phone to fully charge, but it can be blamed on the charger, rather than the phone itself.

The next iPhones likely won't be announced until September when Apple holds its annual conference and keynote presentation. The Wall Street Journal previously reported that Apple will release three new phones, which has become standard for the company. These phones would succeed the iPhone XS, iPhone XS Max, and the iPhone XR.

There have already been other rumors about the new phones besides the lightning cable and charger report. It was reported by the Wall Street Journal in January that one of the new phones could have four cameras in total: one on the front for selfies and three rear-facing cameras that would allow the phone to take different types of pictures. This would follow in the footsteps of other smartphones that already have three-rear cameras.

It has also recently been reported that the next version of AirPods are coming out soon. There are plenty of rumors about the new earphones, too, including Siri capabilities, health monitoring, and a new way of charging them.

While the AirPods are rumored to be released in early 2019, it'll be a while before anyone finds out for sure what the new iPhones will be like. But, clearly, the countdown is on.