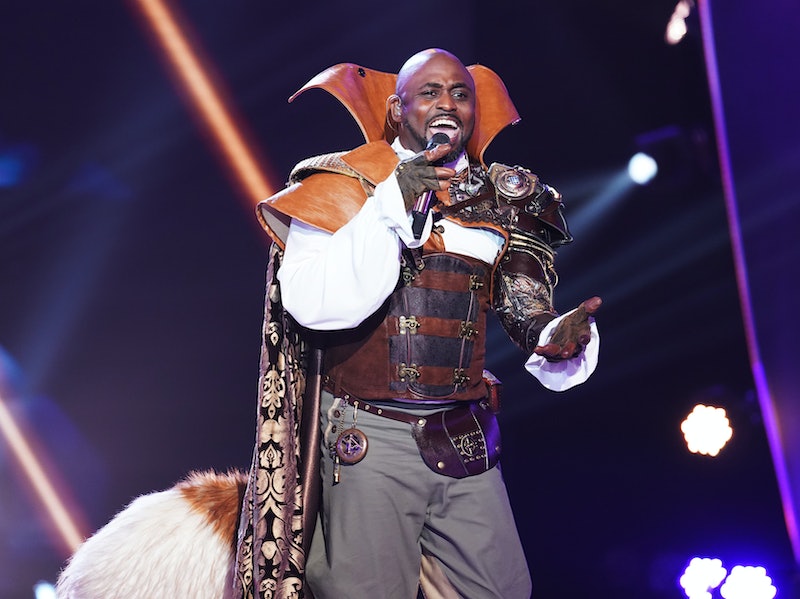 The Masked Singer Season 2 had some stiff competition, but it was the Fox who took home the Golden Mask on Dec. 18. And now, Masked Singer winner Wayne Brady (yes, he was the Fox, as many fans suspected) is throwing himself back into music. So much so, Brady already dropped a new single on Wednesday night called "Flirtin' With Forever."

Following his win (he beat Rottweiler, aka Chris Daughtry, and Flamingo, aka Adrienne Bailon, in the finals), the Let's Make a Deal host spoke with TVLine about how he's once again "fully committed" to music. In addition to his single, the comedian is also releasing an EP album at the end of January or the beginning of February called Been Here. As he put it: "I am going to be making up for lost time."

Masked Singer fans will also be happy to know that Brady wants to release a cover of Chris Stapleton's "Tennessee Whiskey," which he sang during one of his stand-out performances on the show. After Entertainment Weekly asked if he was "going to cover it later," Brady replied, "Oh, that’s coming. That's coming. Trust me."

The judges, host Nick Cannon, and others were thrilled for Brady's win. One fan and fellow comedian in particular couldn't help but express her excitement across Twitter for the Broadway star. Former Saturday Night Live cast member Leslie Jones praised Brady with several live-reaction videos on Twitter that are definitely NSFW, but show just how genuinely happy she was for her friend. Between many screams, Jones declared, "That boy is talented! Oh, Wayne, I'm so happy for you!"

Winning the Masked Singer is something Brady truly appreciates, especially since the show helped him find happiness again. "I've been blessed enough to make a lot of people happy, but I haven't always been happy myself," he told the judges prior to being declared the winner. "It's taken me all this time to find my joy again wearing a mask and having no preconceived notions from anyone about what I can do. I just want to thank the show for making me one happy fox."

Even though Season 2 is over, fans don't have to wait that much longer for new episodes. Masked Singer Season 3 premieres after Super Bowl 2020 on Sunday, Feb. 2. Better yet, a promo for the third season was released during Wednesday's finale.

Four of the contestants were teased, including a somewhat terrifying Mouse who could be Paris Hilton, a possible country singer as a Robot, an "appealing" Banana, and a female Monster, who may or may not be a huge star. Season 3 certainly can't come soon enough.