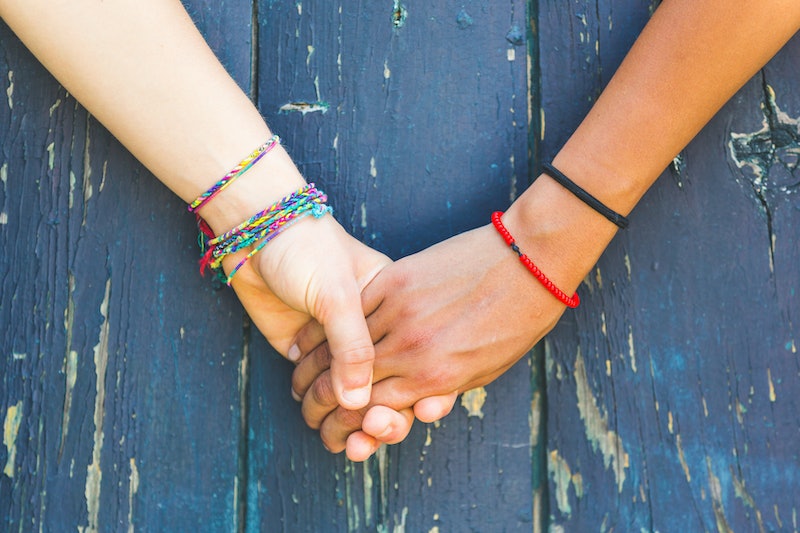 Marking a first in U.S. census history, the 2020 census will ask about same-sex relationships for couples who are living together. In late March, the Census Bureau announced the addition of new response categories which ask people to distinguish the gender of the partner or spouse with whom they are living using the terms “same-sex” or “opposite-sex.” It is a small but significant step for LGBTQ+ visibility in the United States.

Currently, the census bureau asks about the respondent’s gender and how each person in the household is related to that respondent, as Pew Research Center reports. Same-sex couples who are living together can say they are living with their husband, wife, or unmarried partner. However, because there is no gender distinction, those responses are often misrecorded, giving no accurate indication of the current number of same-sex couples living together in the U.S.

Given the addition of same-sex specific response categories, the 2020 census could be the most comprehensive data on same-sex couples ever acquired by the U.S. government. Not only could those numbers help better inform public policy, they validate an underrepresented group of Americans who have historically been oppressed and systemically silenced.

The headlines were a bit misleading: the Trump Administration expressed no plans to exclude LGBTQ+ Americans from answering the survey itself. Instead, in March 2017, the Bureau gave Congress a list of questions for the upcoming census, which included proposed questions about sexual orientation and gender identity. Later, the questions appeared to have been removed.

The U.S. census has never asked specific questions regarding gender identity or sexual orientation — which is why the 2020 Census will be historic. While there was no actual “removal” of LGBTQ+-specific questions, as there have never been such questions, many people and groups thought the Census Bureau and current administration were intending to make a political statement when concluding there was “no federal data needed” on gender identity or sexual orientation.

“It really normalizes our experience on an American government form so that everybody looking at it and everybody filling it out sees that we exist,” Wendy Becker told NPR. (Becker and her partner Mary Norton have been together for over 15 years.) Becker also noted that she hopes this will lead to more questions that further include LGBTQ+ Americans.

“You know, these are all labels,” Cecilia Chung, senior director of strategic projects for at Transgender Law Center and a transgender woman, said to NPR. “But if we don't have the proper labels when we try to look at the picture, there will be a lot of missing pieces, like jigsaw puzzles.”

Recent surveys have found that Gen Z is more likely to identify as queer than any of the generations before them. One report by a report, by trend forecasting agency J. Walter Thompson Innovation Group, found only 48 percent of Gen Z identifies as exclusively heterosexual. That’s significantly less than the 65 percent of millennials (between the ages of 21 and 34) who say the same. With each generation, our population is changing. In order for our governmental systems to accurately protect, serve, and represent its citizens, they need to change with us.