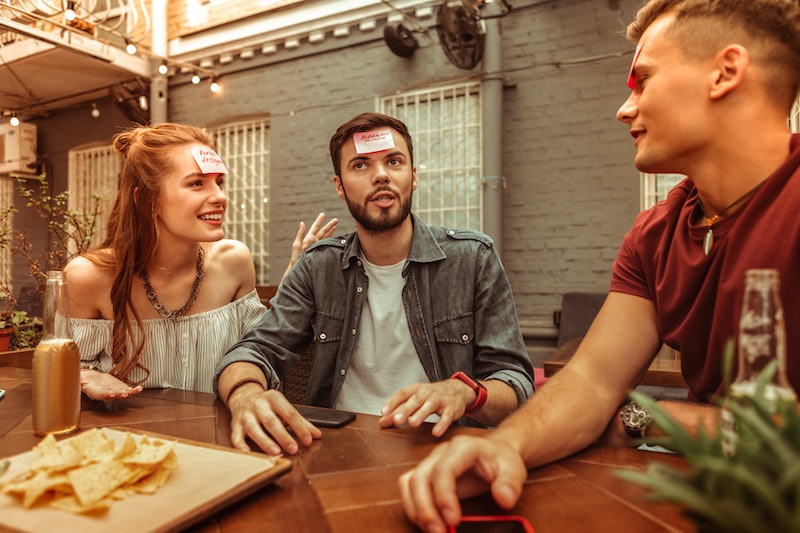 Whether you’re playing with your significant other, your closest friends, or you’re hosting a party full of new faces, the best drinking card games are a total blast. But what makes one drinking card game better than another? Well, that really depends on you and your audience. For obvious reasons, the majority of drinking card games aren't going to be very complex, and they all have the same end goal: get players drunk fast. Still, there are a few key factors to consider when you're shopping for the best options.

First off, you'll want to think about who you're going to be playing with. Since all drinking games revolve around drinking, playing with people 21 years and older is a given — but are you looking for games that are intentionally boundary-pushing and NSFW? Or are you looking for a drinking card game that’s "appropriate" enough to double as an ice-breaker? Or do you need a game that's a blast to play while drinking, but can be enjoyed by your sober loved ones as well?

Next, you'll want to make sure you're choosing games with lots of cards to keep game-play fresh for years to come. Games with 100-card decks or more are a solid place to start, but games with expansion packs are also great for keeping things fun and engaging over the years.

Take a look at the best drinking games below. Several of them are specifically designed for drinking-oriented game-play, but a few of them are just fun to play while you happen to be drinking. Best of all, each one is under $30 and highly-rated on Amazon.

More like this
Amazon Sneakily Put These Popular Things On Sale: Here's What You Don't Want To Miss
By BDG Commerce
The 7 Best Laptop Stands For Zoom Meetings
By Megan Gray
The 6 Best Nespresso Machines For Iced Coffee
By Megan Gray
The 5 Best Cat Trackers
By Megan Gray
Get Even More From Bustle — Sign Up For The Newsletter