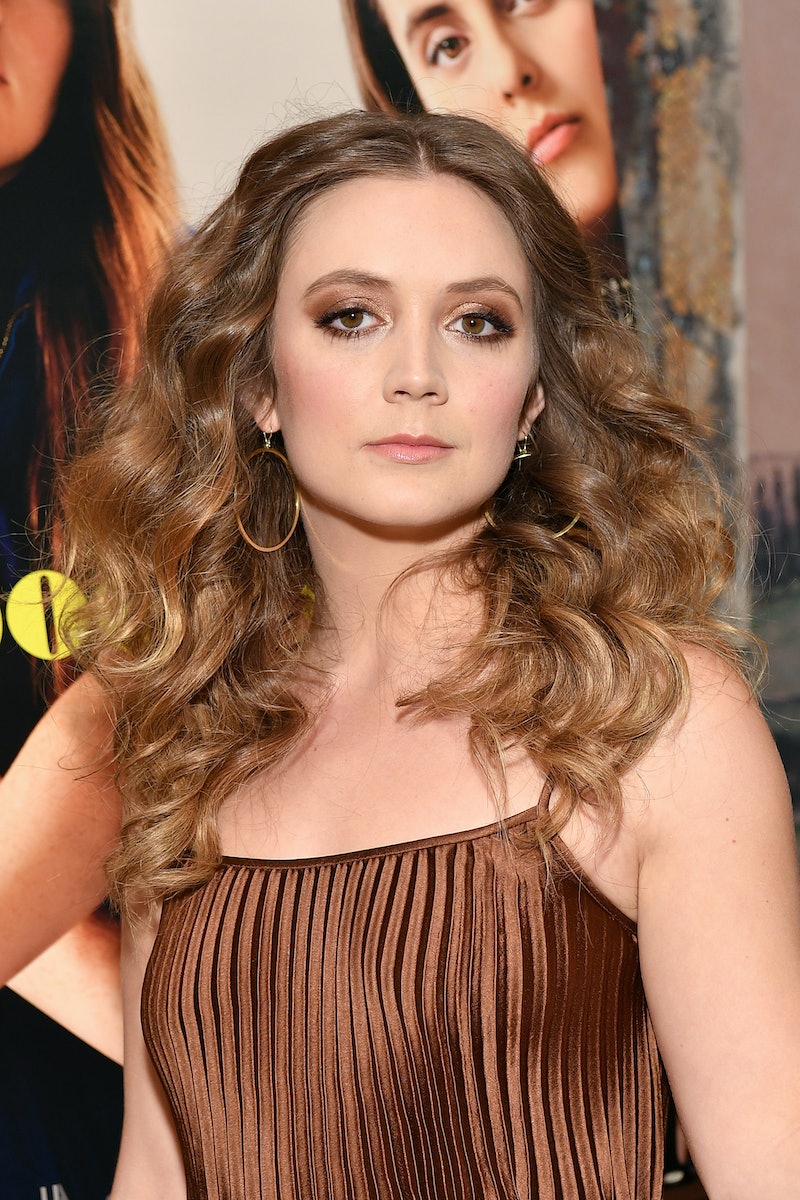 The cast of AHS Season 9 just got a whole lot radder. Creator Ryan Murphy announced the American Horror Story 1984 cast, including Billie Lourd, Cody Fern, and Leslie Grossman, all of whom have previously appeared in the anthology series. Even better, they'll be returning with big hair and lots of spandex.

On Instagram, Murphy gave a first look at the "lewks" of the new season of AHS, which is '80s-slasher film themed. "To celebrate the first day of filming the NINTH Season of AMERICAN HORROR STORY," he wrote, "here's the official 1984 cast announcement along with some amazing 80s lewks."

In the videos, fans get to see previously announced stars Emma Roberts and Olympian Gus Kenworthy, who plays her boyfriend, in full-on Jazzercise gear. A high-pony tailed Roberts is pretty in pink with her ballet tights and baby pink legwarmers. While Kenworthy is well-coiffed in his short-shorts that show he hasn't been skipping leg day.

For this season, Fern is rocking frosted tips and a preppy pastel look that would make James Spader jealous, and Grossman is going full-on camp counselor with her khaki duds. The best '80s look might go to Lourd, who is a bleached blonde bombshell with an attitude. Seriously, check out her flippin' the bird at the camera in her cheetah print crop top and black onesie, which fans can assume is the same color as her soul. The second video gives audiences another sneak peek at Lourd's character look, in which she's wearing a teal leather jacket with extra fringe over another cheetah print mini. This girl's got serious attitude (hello, studded bracelets!) and with all that feathered hair, she's probably a big fan of hair metal, too.

Thanks to the showrunner's Instagram, fans also learned that Lourd isn't the only Murphy fave returning for the new season. Glee's Matthew Morrison, aka Mr. Schu, is making his AHS debut, and he's totally doing it in style — as if there's any other way. This time around, Morrison has a full-on 'stache that would make '80s fave Tom Selleck jealous. Not to mention, that gold chain of his and whatever's going on in those shorts.

After this teaser, fans will certainly be dreaming about this season and its cast, which also includes Dear White People's DeRon Horton and Pose's Angelica Ross. Of course, once it airs, they'll be experiencing full-on nightmares. Murphy's Instagram video already teases there will be a guy with a knife striking fear into these campers. That is if the bespectacled knife-wielding John Carroll Lynch, who played Twisty the Clown in AHS: Freak Show, doesn't end up getting everyone first.

Unfortunately, when AHS 1984 premieres Sept. 18, it won't feature Sarah Paulson, who's appeared in all eight of the show's previous seasons. Don't get too upset just yet, though. The reason for Paulson's absence this time around is because she's starring in Netflix's Ratched, the origin story of Nurse Ratched from the movie One Flew Over the Cuckoo's Nest.

However, it is possible that Paulson could show up in AHS 1984 in a small cameo. So keep your eyes open for her, which will be a little hard for anyone watching this season through their fingers.