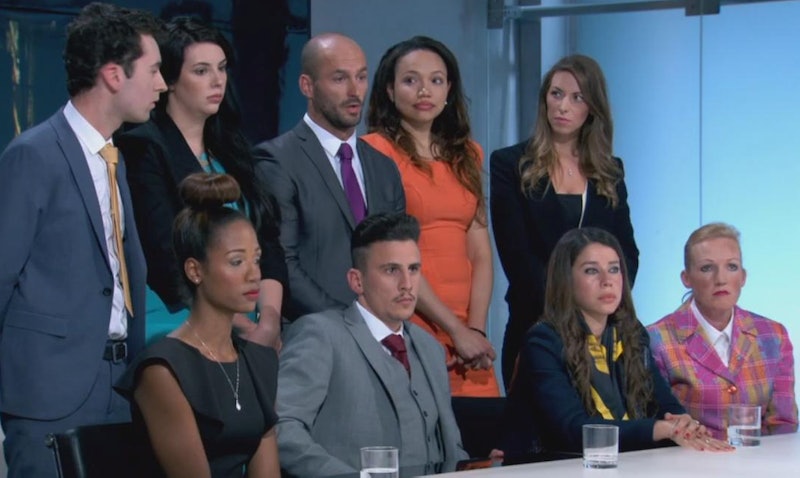 There's a lot more involved in making a show than the hour or so of entertainment that you watch from the comfort of your living room. For that little slice of entertainment, months of production preparation has been involved. For example, the boardroom scenes on The Apprentice actually last for hours, according to a report from Digital Spy. Four to five hours to be precise. Wow, that is a lot of time to sit and listen to how rubbish you are.

So, the big revelation on the amount of time spent hobnobbing about how well or (more likely) not so well candidates have done each week came from none other then the big boss himself: Sir Alan Sugar. Sugar spoke to Digital Spy about the boardroom scenes, revealing there really is a lot more to it than meets the eye:

"What you get there [on TV] is an edited version of a 4 or 5-hour session in a boardroom. If you saw the rest of the 4 hour and 30 mins, you'll see I don't have much patience and we don't have much tolerance and we do get a bit excited ourselves. Of course we're quite used to it now."

Sugar's advisor Karen Brady also spoke to Digital Spy, sharing that the reason the boardroom scenes go on so long is due to the conversations that have to be had to catch Sugar up on on that week's challenge. Because even though, as viewers, we've already seen all of the peaks and troughs of the past few days, Sugar hasn't. Brady explained:

"You don't see a lot of long-winded explanations because obviously for Alan's benefit, he's not there. So from the viewer's benefit, you've seen what's happened so you've seen how it all unravels, from him setting the task right the way through to the task ending."

The Apprentice has been keeping fans glued to their screens for effing years now. Which is no surprise as, guys, the show is a recipe for total disaster, AKA amazing telly viewing. All those egos from all sorts of different professions getting involved with super difficult tasks? What could possibly go wrong?

It was revealed by former contestant Sanjay Sood-Smith, who spoke to Cosmopolitan back in 2018, that the challenges are also far longer than they appear to be on the show. Saying some tasks actually take up to five days to film:

"You're continuously filming throughout the length of the show. It's back to back. You rarely get a day off. It's a bit shorter than [twelve weeks], some tasks take a day and sometimes more."

The 15th season already looks set to be filled with all sorts of drama, as 16 plucky new candidates get ready to fight for the opportunity to win a £250,000 investment in their business. The BBC promises that the latest instalment of the show is going to be bigger and better than ever. And considering that the first episode of the new season is kicking off with a trip to South Africa, it sounds like they're not kidding. According to the BBC website, the candidates will be sent off to Cape Town and tasked with creating, setting up, and running bespoke tours on the outskirts of the city.

I'm not sure about you but I can't wait to touch base ASAP with all of the jargon, drama, and LOLs of this addictive show.