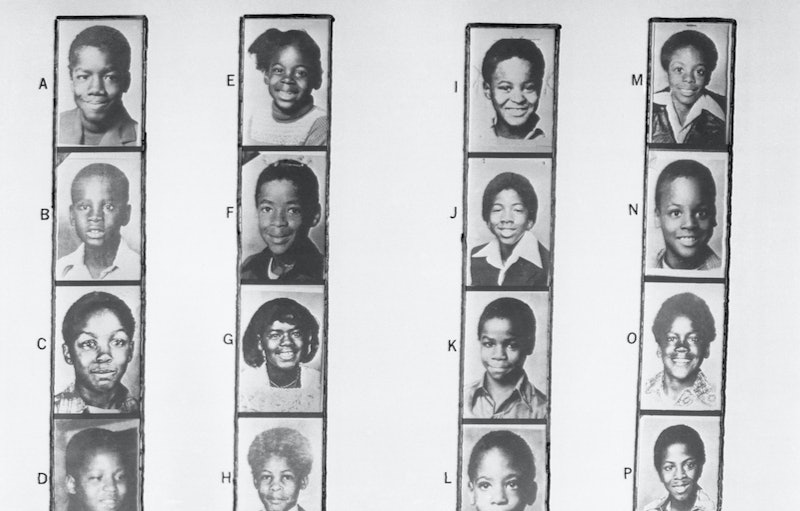 According to the FBI Vault, 29 African-American children, teens, and young adults were kidnapped and murdered in Atlanta from 1979 to 1981. The FBI reported that in at least a dozen of the cases, "The victims were all young African-American males who vanished in broad daylight in fairly public locations. Their bodies were found in desolate areas. Their murders had no obvious motivation. ... These commonalities suggested a single killer." Nearly a year after the deaths began occurring, the FBI joined the investigation when a 7-year-old girl was abducted.

Young people continued to be murdered until spring 1981 and the FBI noted how the killer began dumping the bodies in the Chattahoochee River. Authorities staked out 14 bridges in the area and on May 22, 1981, a surveillance team heard a splash in the water and saw a car speed across the bridge, turn around in the parking lot, and come back across. The driver was 23-year-old Wayne Bertram Williams and while he wasn't arrested initially, authorities arrested him after a body of a young man was found in the river two days later.

Although the music promoter proclaimed he was innocent, The Washington Post reported that Williams was found guilty of two of the murders in February 1982. He was convicted of murdering 27-year-old Nathaniel Cater and 21-year-old Jimmy Ray Payne. Experts testified that the fibers found on the victims matched materials reportedly found in Williams' home and car. The FBI reported, "Following the trial, the law enforcement task force concluded that there was enough evidence to link Williams to another 20 of the 29 deaths. He went to jail for life, and the Atlanta child killings stopped."

Williams is still alive and serving two life sentences for the murders per The New York Times, but there are still many questions about the case. As the Mindhunter trailer teased, some believed that the Ku Klux Klan was involved. A police informant alleged in 1991 that a KKK recruiter had taken credit for the killings. And the AP, per The Washington Post, reported that the authorities had looked into a member of the white supremacist hate group at the time of the murders but eventually dropped the investigation.

The Netflix series Mindhunter is based on the book Mind Hunter: Inside the FBI's Elite Serial Crime Unit about FBI agents John E. Douglas and Robert Ressler. (Jonathan Groff's Ford is based on Douglas and Holt McCallany's Tench is based on Ressler.) Douglas and Ressler worked the Atlanta Child Murders and spoke to People magazine about the case in 1981. They explained how they believed one killer was responsible for a majority of the murders. Based on their profiling research, they thought the murderer would be a black male (due to how he was targeting black communities), who was under 35.

The Atlanta Journal-Constitution obtained a copy of Douglas' psychological profile of Williams in 1987 and shared some of his analysis. "Wayne Williams is an angry young man seeking power, who wears a mask to cover his personal inadequacies," Douglas wrote. "The Atlanta serial murder case was his first success, and this furnished a sense of power to him. Wayne Williams orchestrated this case at will."

As Mindhunter will show through Ford, not everyone will agree with the FBI Behavioral Science Unit's analysis. Because the majority of the murders weren't directly solved, the Atlanta Child Murders case has been reopened a number of times. Most recently, Atlanta mayor Keisha Lance Bottoms announced in March 2019 that the city, Fulton County, and the Georgia Bureau of Investigation will be using technological advances to reexamine evidence. In her announcement, Bottoms said, "This joint effort is rooted in equity and transparency and the victims of these crimes deserve our attention. My belief is that history will judge us for our efforts, and when we look back at this moment, I am proud we will be able to say we tried."

Before Mindhunter, the Atlanta Child Murders were dramatized in the Morgan Freeman and James Earl Jones 1985 miniseries The Atlanta Child Murders and the 2000 Showtime movie Who Killed Atlanta's Children? starring Gregory Hines and James Belushi. Authorities were critical of these adaptations and Mindhunter creator David Fincher is aware that his show also won't be able to accurately cover all of the elements of the case.

"You could probably do three seasons on the Atlanta Child Murders," Fincher said on the podcast The Treatment, according to IndieWire. "It's a huge and sweeping and tragic story. We couldn't do it justice in the background of our nine hours."

Mindhunter will focus on some aspects of the Atlanta Child Murders. But in real life, CNN reported that some family members are supportive of the city reopening the case. For instance, Catherine Leach, whose teenage son was killed, believes the murders weren't given the same amount of attention due to the victims' race. So while the depiction of these horrendous murders in Mindhunter will not bring the victims' loved ones any comfort, a new investigation may just be able to provide some more closure.

More like this
'Who Killed Sara?' Won’t Return For Season 4
By Brad Witter
'Derry Girls' Creator Teases Exciting Spin-Off Starring These Three Characters
By Olivia-Anne Cleary
Will Viewers Revisit Welcome To Eden For Season 2? What To Know
By Kadin Burnett
Will Vampire In The Garden Get A Season 2? What To Know
By Kadin Burnett
Get Even More From Bustle — Sign Up For The Newsletter