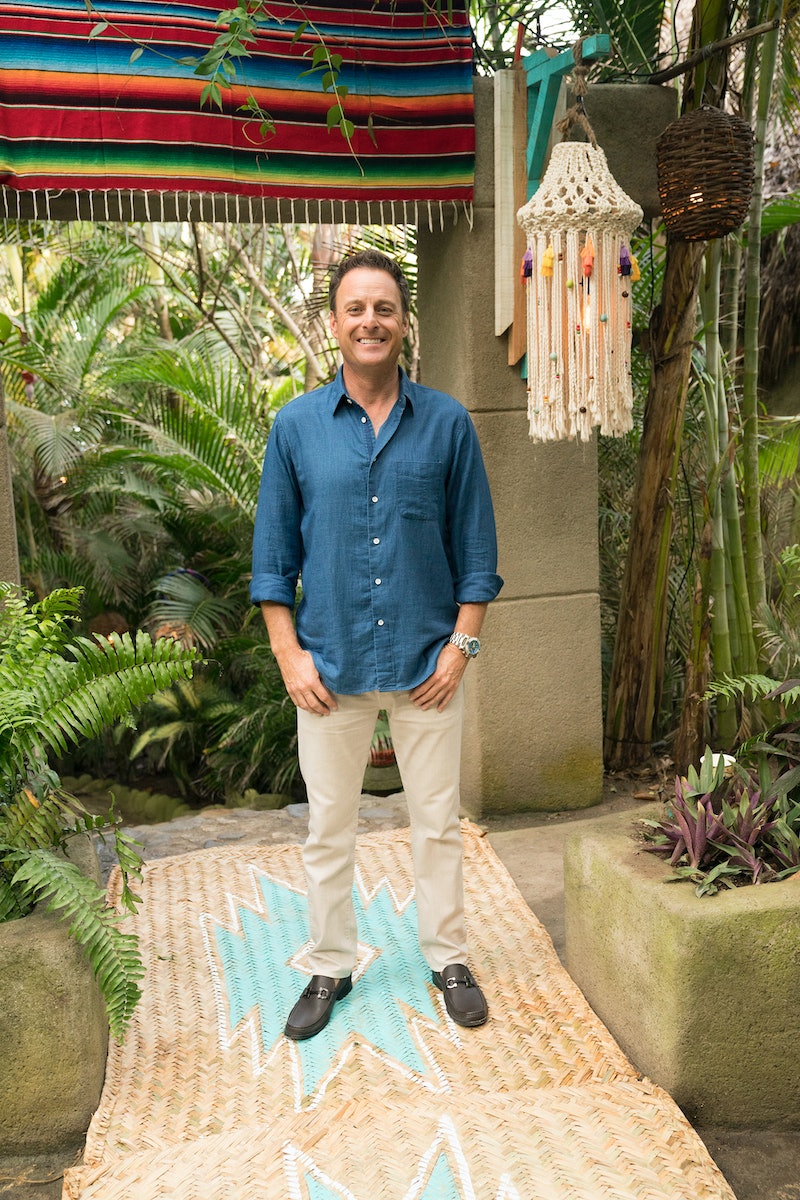 The wait is officially over Bach Nation! Bachelor in Paradise Season 6 is set to premiere on July 29 and it appears that life's going to be quite a beach for all of the Bachelor and Bachelorette alums gearing up to takeover the Mexico mansion this season. On Wednesday April 10, a post was shared via BiP's official Instagram account teasing the upcoming installment. The video, which was shot in BiP's notable opening sequence format, featured host Chris Harrison standing on the beach while holding a rescue buoy and binoculars in his hands. While the snippet didn't give too much away, it certainly offered fans good reason to get excited. "Hey Beaches! #BachelorInParadise returns for a new season on Monday, July 29!," it read, prepping followers for the show's upcoming debut.

Although the season will begin in July instead of August this year, fans will still have to wait to get details about this installment's participants since there hasn't been any announcement about who will appear just yet. Despite the lack of info available, Wells Adams recently expressed his thoughts about what works best for the show.

In a chat with Us Weekly back in March of this year, the 34-year-old, who has been the spin-off series' bartender for the past two seasons, shared who he thinks fans could see from Colton Underwood’s recent Bachelor season.

"I think that Demi will probably come across as pretty normal on Paradise and I think someone like … Kirpa, who seemed totally normal, might end up being really entertaining there, he told the magazine. An expert on the subject, given his history with the franchise, Wells added, "That place makes you crazy because it's super hot, there's no A.C., there's crabs everywhere, there's nothing to do but hang out with everybody. So it just brings out a lot of weird emotions."

While it's impossible to say who from Colton's season will actually show up in Paradise when things kick off this summer, it's worth noting that Demi just feels like a natural choice given that many pegged her to be the villain of Bachelor 23. TV Insider also noted Catherine Agro, Nicole Lopez-Alvar, Onyeka Ehie, and Heather Martin as additional top picks from the show's most recent edition. Hannah Godwin also recently hinted about the possibility of finding love on Bachelor in Paradise's Season 6. In March, she told Us Weekly, “I think that there’s a few really good options and I’d have to meet with them in person and see if there’s a connection." Revealing that she already has her eyes on one possible candidate, Hannah added, “I don’t know. I think Blake [Horstmann]’s a cutie.”

Horstmann, who was the runner-up on Becca Kufrin's season of The Bachelorette, also appears to be on the market. On March 12, he told Us “I’m always interested in dating and you never know when the love of your life is going to walk into your life. So I’m definitely open to all of that." He also revealed, “If I’m single, I will probably be on Paradise.”

That said, it'll certainly be interesting to see who will follow in the footsteps of past BiP alums, like Evan & Carly and Jade & Tanner, who've found a second chance at romance during their stints on Bachelor in Paradise. No matter how it turns out, it's safe to say that the drama is going to be non-stop once everyone touches down in the tropical locale this July.

With Colton Underwood's season of the Bachelor coming to a close nearly a month ago, this premiere date news is definitely something for Bach Nation to rejoice in.

More like this
Bachelor Nation's Blake Horstmann Is Dating 'Love Is Blind' Star Giannina Gibelli
By Jake Viswanath and Radhika Menon
Everything We Could Expect In Gabby & Rachel’s Season Of The Bachelorette
By Kadin Burnett
What That Ominous 'Selling Sunset' Season 5 Finale Could Mean For Season 6
By Orla Pentelow and Brad Witter
What’s New On Netflix: Lana Condor’s Ghostly Comedy & A Sexy Reality Series
By Arya Roshanian
Get Even More From Bustle — Sign Up For The Newsletter