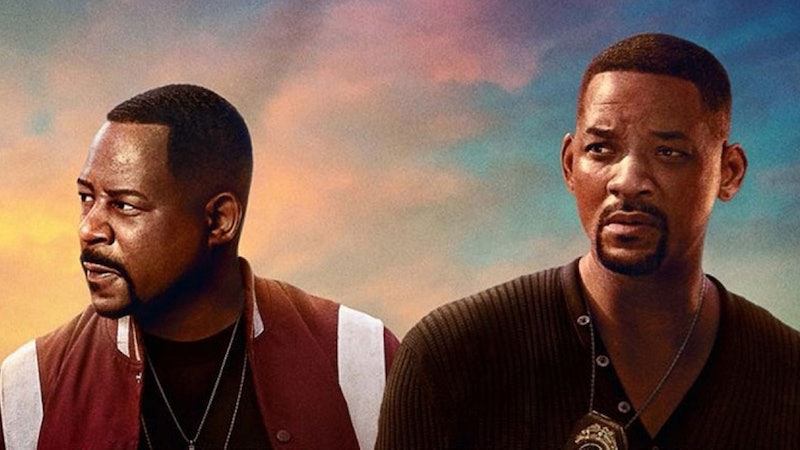 For quite some time, it appeared as if the Bad Boys franchise was over. After all, it's been 17 years since the release of Bad Boys II in 2003. Yet now the franchise is back with a third installment, and the Bad Boys for Life cast definitely has some surprises in store for longtime fans of the films. Most obviously, the franchise's main stars (and titular "bad boys") Will Smith and Martin Lawrence are returning as Miami detectives Mike Lowrey (Smith) and Marcus Burnett (Lawrence), but they're bringing some old friends along with them, too. So, which Bad Boys characters will appear in Bad Boys for Life?

Unfortunately for fans of the first two films, not too many characters will be back for the third installment beyond Lowrey and Burnett. This isn't that surprising given the nearly two-decade gap between Bad Boys II and Bad Boys for Life, but it's still disappointing. Téa Leoni, one of the top-billed stars of the original Bad Boys from 1995, will not be back. Marg Helgenberger, who played Captain Alison Sinclair in the original, is also sitting this one out. Gabrielle Union, who played Special Agent Syd Burnett — both the sister of Marcus and the girlfriend of Mike — in Bad Boys II, will not be back for the new film. Nor will former NBA star John Salley, who had the supporting role of Fletcher in both of the previous films. Both Union and Salley, however, do appear as their film characters in the spinoff TV series L.A.'s Finest, which debuted last year.

Now that we know who won't be appearing, it's time to discuss who will be back. Besides the two leads, there are three characters who are confirmed to be returning for Bad Boys for Life. The most notable is Captain Conrad Howard, played once again by Joe Pantoliano. He's the long-suffering, foul-mouthed, sarcastic boss of Lowrey and Burnett, who appeared in both of the previous installments. Also back is Bianca Bethune as Megan Burnett, the daughter of Marcus Burnett. Bethune took over the role of the character in Bad Boys II. Now she's back, 17 years later, and she's all grown up for part three. Rounding out the trio of returning characters is another member of the Burnett family: Theresa Burnett. Again played by Theresa Randle, the wife of Marcus Burnett is the fourth character to appear in all three installments of the franchise, and the fifth and final returning character overall.

To make up for the relative lack of old characters, Bad Boys for Life is adding a ton of new characters. Jacob Scipio plays this installment's villain Armando Armas Tapia, who is the brother of Johnny Tapia, the main antagonist of Bad Boys II. Paola Nuñez will portray an ex-girlfriend/love interest of Mike named Rite in what is described as a significant role. Also figuring into the story of Bad Boys for Life are a crop of young police recruits, including Vanessa Hudgens as Kelley, Alexander Ludwig as Dorn, and Charles Melton as Rafe. Even DJ Khaled shows up in the film, playing a character called Manny the Butcher.

With its mix of old and new characters, Bad Boys for Life should appeal to both longtime fans of the franchise and newcomers alike.